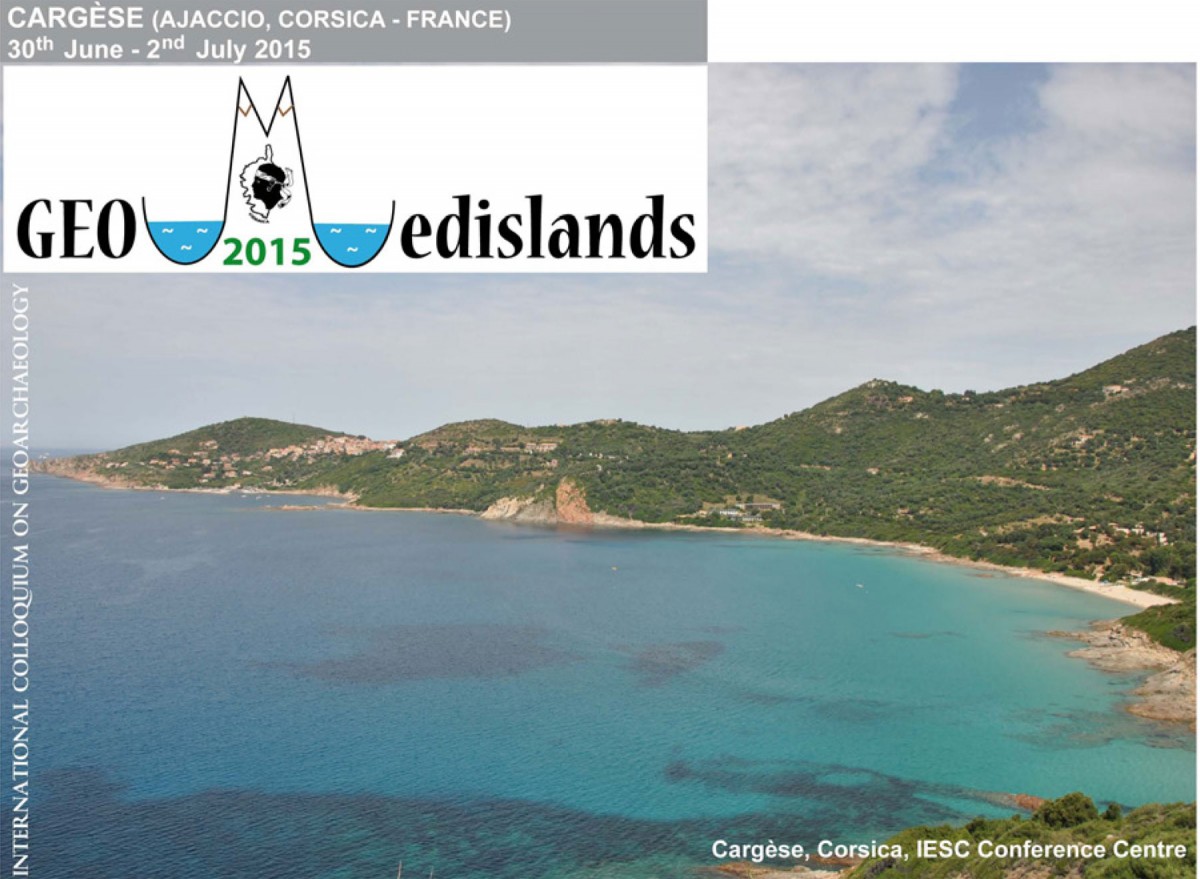 The Geoarchaeology of Mediterranean Islands

An International Colloquium on paleoenvironmental changes and human occupation in the Mediterranean islands since the Last Glacial Maximum will take place in Cargèse, France from June 30, 2015 to July 2, 2015.

The International Colloquium on The Geoarchaeology of Mediterranean Islands, focusing on Multidisciplinary approaches to paleoenvironmental changes and the history of the human occupation in the Mediterranean islands since the Last Glacial Maximum is organized by the Swiss School of Archaeology in Greece in collaboration with the European Center for Research and Education in Environmental Geoscience (CEREGE) and the French Ministry of Culture & Communications.

Aims of the colloquium

Situated between Europe, Africa and Asia, Mediterranean islands display unique palaeoenvironements and patterns of human occupation. Their physical properties (relief, coastal morphology, vegetation, etc.) are the long-term result of complex geological, tectonic, climatic and eustatic changes. In some cases, the current location and configuration of Mediterranean islands was dramatically different in the Pleistocene and even in the Early Holocene: Corsica and Sardinia, for example, until relatively recently formed a single island, and similar cases are found in the Tuscan archipelago, as well as the islands of the Aegean and Ionian seas.

During the Epipaleolithic and the Neolithic, the shapes of the island coastlines and valley profiles have varied widely because of several natural factors, but also on account of the anthropogenic impacts on insular environments. The chronology, character, and scale of initial island colonization in the Mediterranean, continue to be the major topics of scientific debate, as are subsequent human impacts through time.

By adopting a multidisciplinary approach, this colloquium aims to combine different approaches from the humanities, social sciences, and geosciences in order to assess long-term patterns of human-environmental interactions on Mediterranean islands during the Late Quaternary (the last 25 000 years).

Presentations should combine archaeological and (palaeo) environmental data. We encourage presenters to adopt comparative approaches between sites and regions for understanding crucial periods and key themes of research concerning the Mediterranean islands. Some possible examples include: Neolithic (or earlier) colonization of islands in the context of rapid sea-level changes (vertical and lateral); human settlement and its response to climate and vegetation change, and the environmental impact of agricultural practices in prehistoric and historic periods.

A session of the colloquium will be dedicated to the study of Ancient agriculture by adopting a geoarchaeological approach. Geographers, geologists, geomorphologists, archaeologists, historians and palaeoecology experts will discuss the results from different case studies chosen across the Mediterranean and will debate the consequences of the evolution of agricultural practices during prehistorical and historical periods on ancient economies. This empiric approach is a central issue in the current debate about sustainable development in the fragile environmental context of the Mediterranean islands.

Between 2010 and 2014, the Swiss School of Archaeology in Greece has been collaborating with the CEREGE to reconstruct landscape change in the area of Eretria and Amarynthos in central Euboea. The ongoing project, directed by M. Ghilardi (CNRS-CEREGE), aims at examining the interaction between Mid- to Late Holocene shoreline evolution and human occupation. Evidence of shoreline displacements is derived from the study of several boreholes. Based on sedimentological analyses and micro/macrofaunal identifications different facies have been identified in the cores, which reveal typical features of deltaic progradation with marine, lagoonal, fluviodeltaic and fluvial environments.