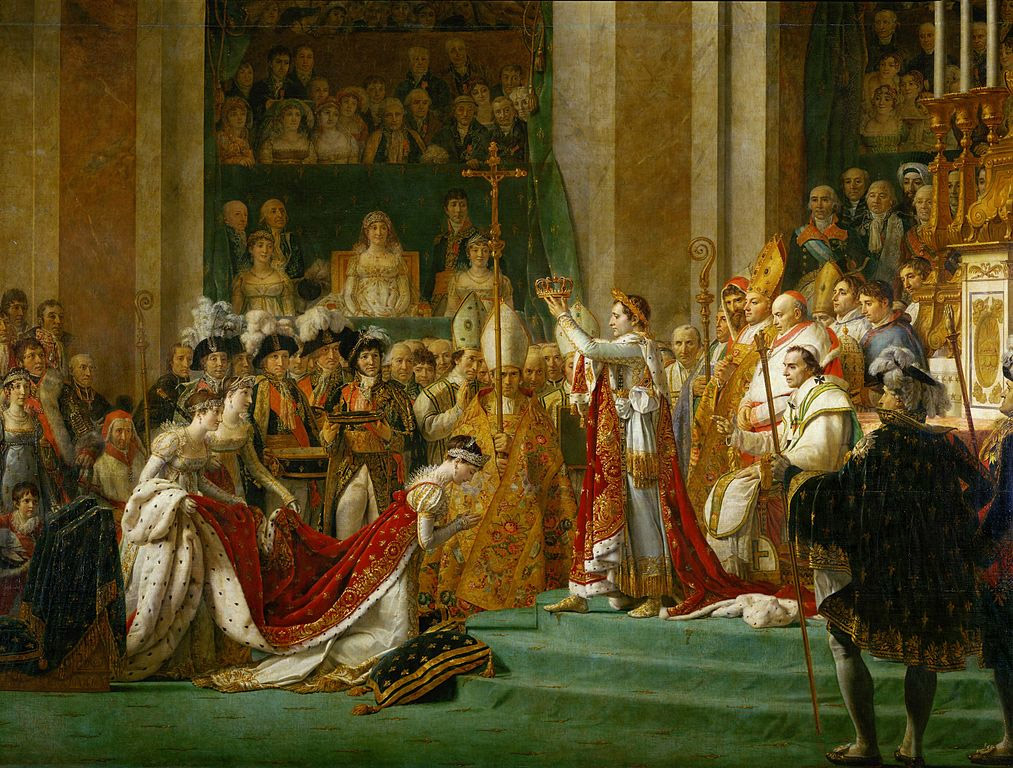 Napoleon and Josephine’s marriage certificate goes under the hammer

Osenat announced the sale for next September

The marriage certificate that preceded the tying of the knot between Napoleon Bonaparte and his first love, Josephine will go under the hammer. The French auction house Osenat has announced the auction which will take place on September 21, 2014. The sale is headlined “The Empire at Fontainebleau — the manuscript that may have changed the history of the world.”

The document dated March 8, 1796, was signed by the future Napoleon I and his fiancee Marie Josephe Rose Tascher de La Pagerie, or Josephine, the Viscomtesse de Beauharnais. The next day the wedding took place, while the marriage certificate was registered in Paris on March 18.

Despite the fact that this is one of history’s most celebrated love affairs, the manuscript shows that Napoleon and Josephine could also be very practical.It states that the pair will “in no way be responsible for the debts and mortgages of the other” and that there will be “no common property” between them.

The marriage was annulled in 1810, after the couple failed to have children. It is said that although at first Napoleon’s love for Josephine always overcame any thoughts of divorce for this reason, the turning point came in 1807 when Josephine’s grandson Napoleon Charles Bonaparte who’d been declared Napoleon’s heir, died. On November 30, 1809, Napoleon told his wife that, in the interests of France, he would need to find a wife who could produce an heir. Josephine agreed to a divorce and the couple went through an elaborate but solemn divorce ceremony on January 10, 1810. At the divorce ceremony, each read a statement of devotion to the other.

The document is expected to fetch up to 100,000 euros. The auction, which will feature a number of other manuscripts and items from the era, will also feature two documents related to Bonaparte’s arrest in 1794.

At a previous auction in 2007, a love letter to Josephine written before they were married, sold for more than five times the pre-sale estimate. Also, in March 2013, the auction house out the engagement ring the young Napoleon gave to Josephine. The ring shattered expectations as it was sold for close to $1 million.