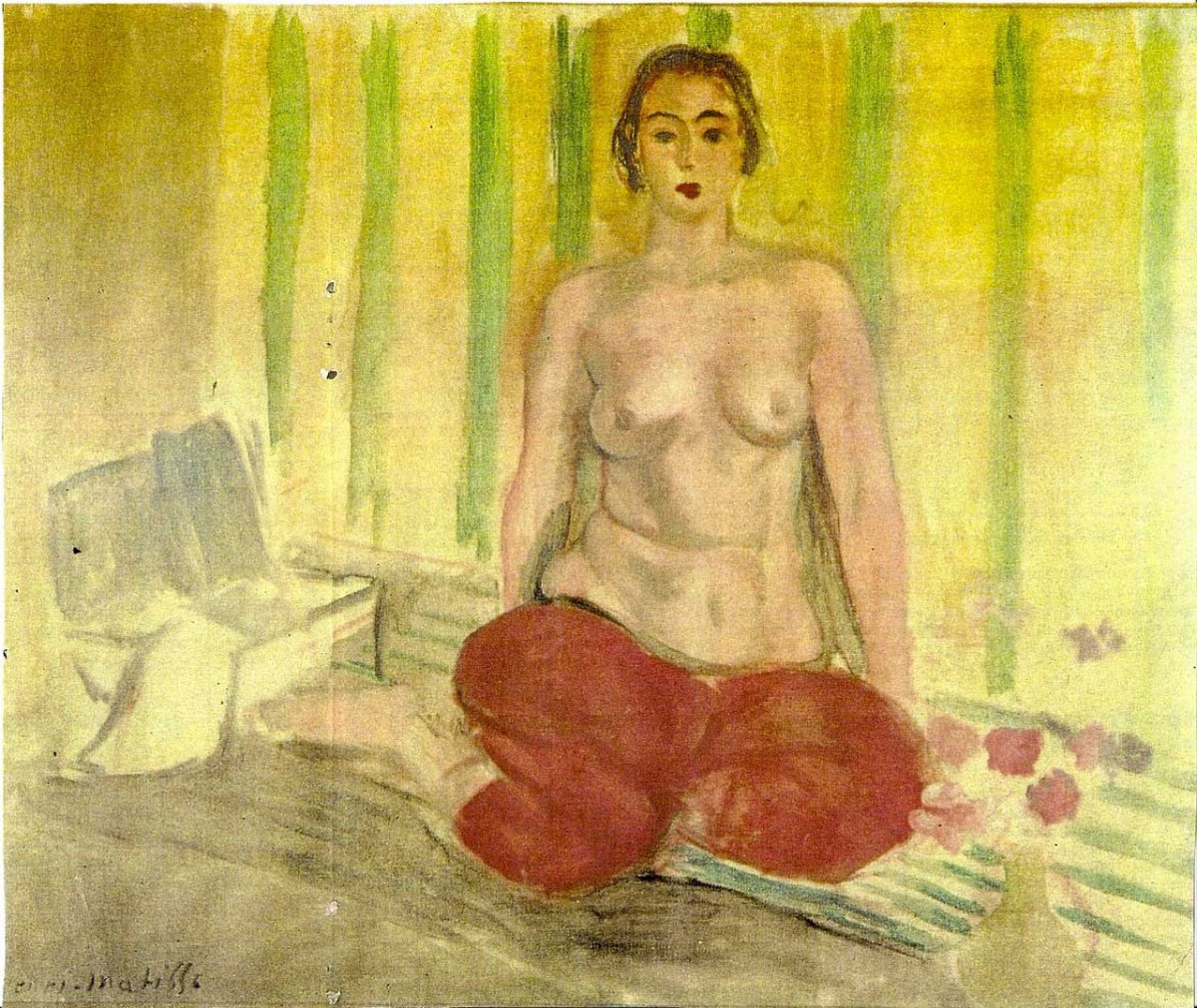 The “Odalisque in Red Pants” on display again

The “Odalisque in Red Pants” by Henri Matisse, stolen more than a decade ago in Caracas and later recovered in an FBI sting, is on display again in Caracas. Painted in 1925 by the French Impressionist master, the work shows a dark-haired woman sitting on her heels, topless and wearing red pants.

The painting, worth around $3 million, was exhibited Tuesday for the first time in more than a decade at the Museum of Contemporary Art in the Venezuelan capital.

Sometime between 1999 and 2002 the artwork had been replaced with a fake. It wasn’t until 2003 that Venezuelan authorities realized the original had been stolen. The painting was recovered in Miami Beach in 2012 in an FBI undercover operation.

US citizen Pedro Antonio Marcuello Guzman and Maria Martha Elisa Ornelas Lazo, a Mexican, were convicted for attempting to sell the stolen painting. Attorney General Luisa Ortega Diaz told in an opening ceremony that his office would pursue an investigation of the theft. “I want to give my word to all lovers of the arts that our office is going to lead an investigation to determine liability for those who conspired to steal this painting,” she said. US and Venezuelan authorities cooperated on the case despite tense bilateral relations.