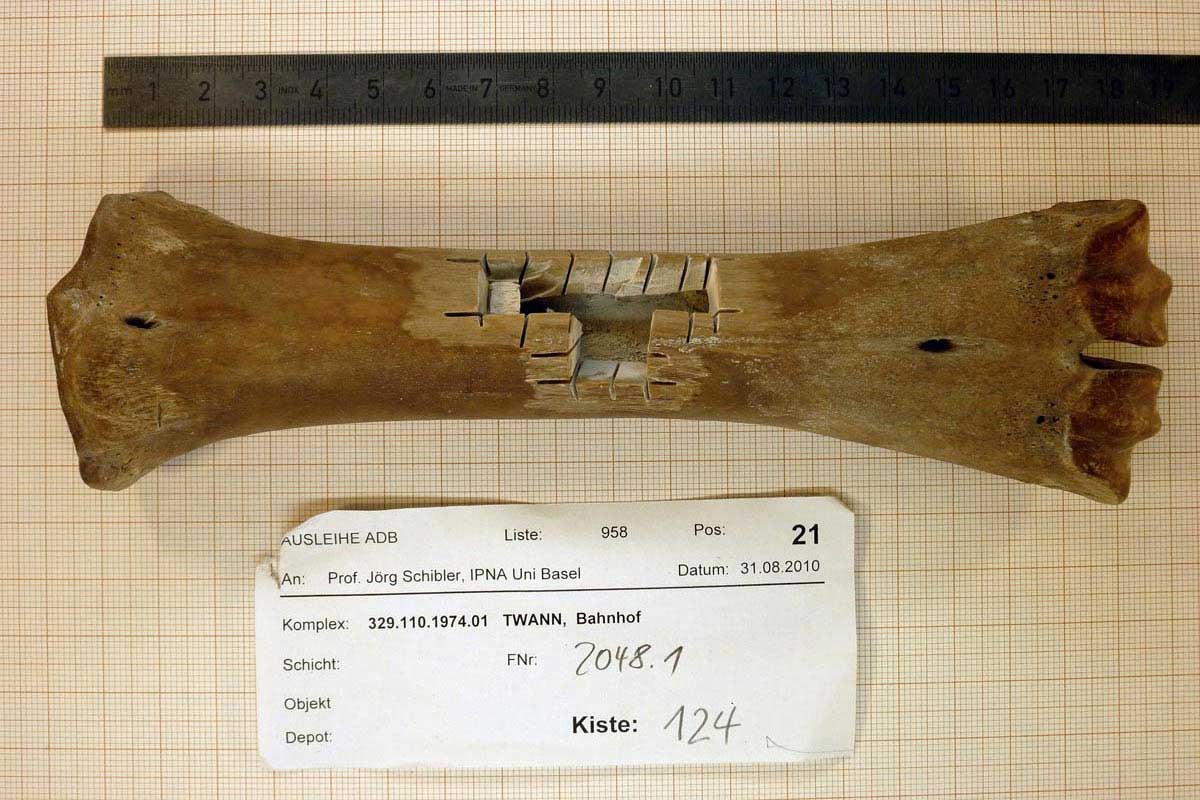 At the boarders of Lake Biel in Switzerland

The DNA of a cattle bone shows genetic traces of the European aurochs and thus adds a further facet to the history of cattle domestication. The surprising find was made by a research team from the University of Basel in a Neolithic settlement at the boarders of Lake Biel in Switzerland. The journal Scientific Reports has published the results.

Unlike the aurochs of the Near East, the local wild aurochs of Europe belonged to the P haplogroup. So far, scientists believed that the female European aurochs did not genetically influence the Near Eastern cattle imported during the Neolithic Age (5500 – 2200 BC).

Scientists from the University of Basel by accident found a very small metacarpal bone from a Neolithic cattle among other animal bones found in the lake settlement Twann in Switzerland and analyzed its mtDNA. The analysis showed that the bovine bone carried the European aurochs’ genetic signature of the P haplogroup. The bone thus represents the first indisputable evidence that female European aurochs also crossbred with domestic cattle from the Near East.

The bone, dated to around 3100 BC, is evidence for the earlier crossbreeding between a wild female European aurochs with a domestic bull. “If these were coincidental single events or rather cases of intentional crossbreeding cannot be clearly answered on the basis of our results”, explains Prof. Jörg Schibler, head of the research groups for Integrative Prehistoric and Archaeological Science (IPAS) from the Department Environmental Science at the University of Basel.

The animal, to which the bone belonged, was exceptionally small with a withers height of only 112 centimeters. “This raises a number of questions for us: How difficult was copulation or birth in this case? And how many generations did it take to develop such small animals?”, explains the archaeogenetics specialist Angela Schlumbaum in regards to the significance of the discovery.

The scientists assume that the early farmers of the Horgen culture (3400–2750 BC), to which the bone dates, could have been trying to create a new smaller and sturdier type of cattle especially suitable as draft animal by intentional crossbreeding with wild aurochs. This assumption would be in accordance with archaeological finds of wooden wheels, wagons and a yoke from the Horgen culture.