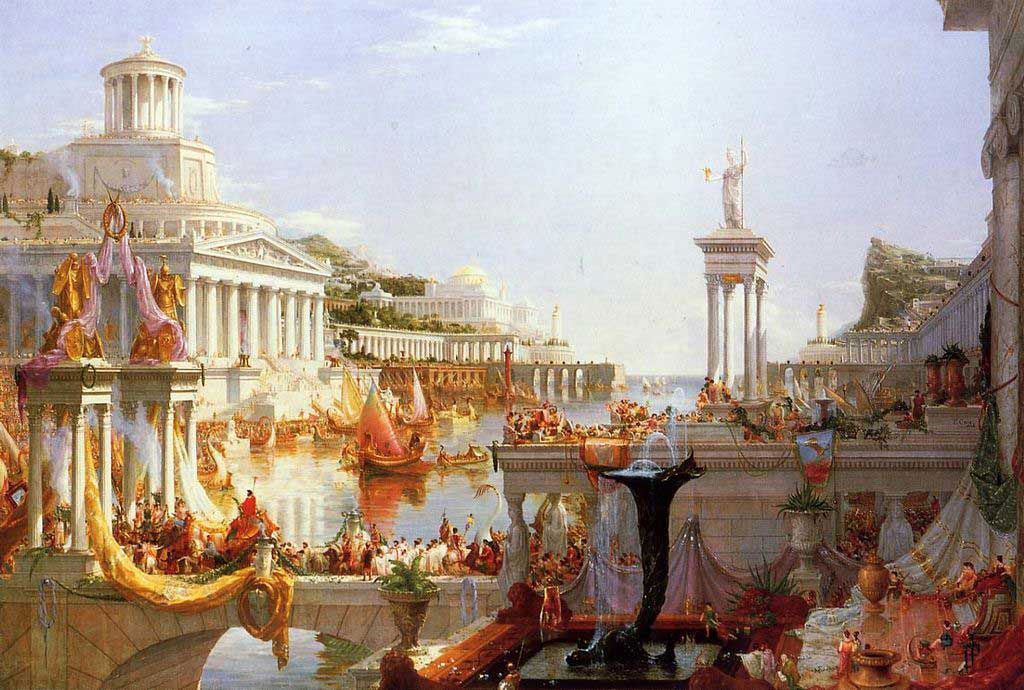 The foundation of the human population explosion, commonly attributed to a sudden surge in industrialization and public health during the 18th and 19th centuries, was actually laid as far back as 2,000 years ago, suggests an extended model of detailed demographic and archeological data.

The Public Library of Science One (PLOS ONE) recently published the analytical framework developed by Aaron Stutz, an associate professor of anthropology at Emory’s Oxford College.

“The industrial revolution and public health improvements were proximate reasons that more people lived longer,” Stutz says. “If you dig further in the past, however, the data suggest that a critical threshold of political and economic organization set the stage 1,500 to 2,000 years ago, around the start of the Common Era. The resulting political-economic balance was the tipping point for economies of scale: It created a range of opportunities enabling more people to get resources, form successful families, and generate enough capital to transfer to the next generation.”

Population dynamics have been a hot topic since 1798, when English scholar Thomas Robert Malthus published his controversial essay that population booms in times of plenty will inevitably be checked by famine and disease. “The power of population is indefinitely greater than the power in the earth to produce subsistence for man,” he wrote. The so-called Malthusian Catastrophe theory was penned just prior to the global census size reaching one billion.

While it took hundreds of thousands of years for humans to reach that one billion milestone, it took only another 120 years for humanity to double to two billion. And during the past 50 years, the human population has surged to near eight billion.

“It’s mind-boggling,” Stutz says. “The human population has not behaved like any other animal population. We haven’t stayed in any kind of equilibrium with what we would consider a typical ecological niche.”

Economic historians and demographers have focused on societal changes that occurred during the Industrial Revolution as the explanation for this super-exponential population growth. An archeologist by training, Stutz wanted to explore further back in time.

Opening the door to economies of scale

“Archeologists are interested in looking at much earlier changes in human society,” Stutz says. “In addition to looking at data, we dig up things like people’s houses, community courtyards, agricultural fields, harbors and so on. That gives us this sort of holistic view of how human society and the environment influence one another over time.”

His analysis found that that the potential for the human population to burgeon despite environmental degradation, conflict and disease could be traced to a subtle interaction between competition and organization. At a certain tipping point, this interaction created opportunities for individuals to gain more control over their lives and prosper, opening the door to economies of scale.

Stutz cites the Roman Empire, which spanned 500 years, from just before the Common Era to 476 CE, as a classic example of passing through this threshold. One of the largest and most prosperous empires in history, it is noteworthy for economic and political organization, literature, and advances in architecture and engineering. And yet, on an individual level, life was not necessarily so grand. Farm laborers and miners were ground into short, miserable lives to produce all those surplus goods for trading and empire building. And large numbers of young males had to serve in the military to ward off rebellions.

“The vast majority of people who lived under Roman rule had a life expectancy into their late 20s or early 30s,” Stutz says. “A huge swath of the population was feeding, quite literally, the dynamism that was taking place in terms of economic and political development. Their labor increased the potential for providing more democracy and competition on the smaller scale. That, in turn, led to a more complex, inter-generational dynamic, making it possible to better care for offspring and even transfer resources to them.”

The tipping point had been reached, Stutz says, and the trend continued despite the collapse of the Roman Empire. “The increasingly complex and decentralized economic and political entities that were built up around the world from the beginning of the Common Era to 1500 CE created enough opportunities for individuals, states and massive powers like England, France and China to take advantage of the potential for economies of scale,” Stutz says.

A better understanding of modern-day society

This revised framework for the underpinnings of human population dynamics could lead to better understanding of how economic and political organization is affecting modern-day society, he adds.

“We might wind up being back in a situation where a growing part of the population is basically providing labor to sustain a minority,” Stutz says. “You could certainly point to the sweat shops in the developing world. Another potential example is the growing income inequality that’s been well-documented in the United States over the last couple of decades.”