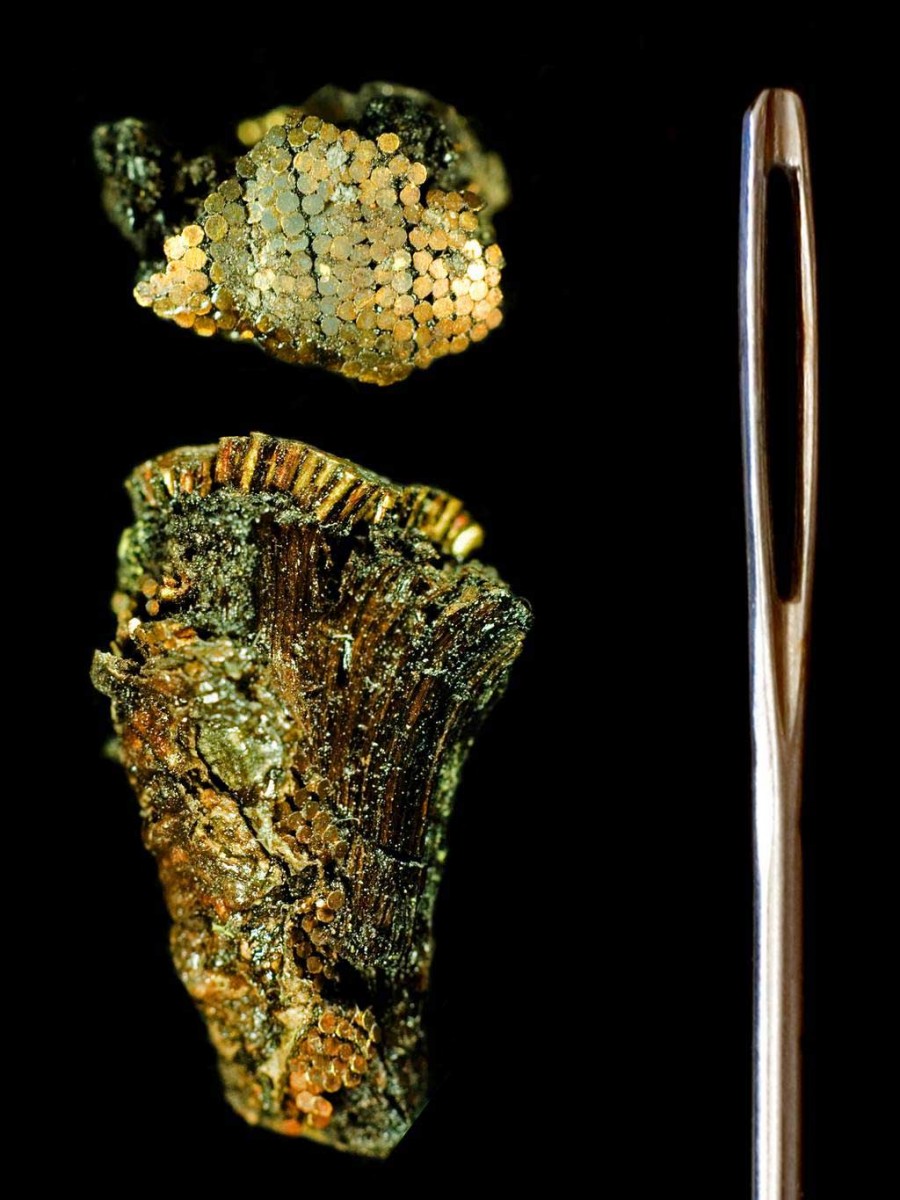 Stonehenge elite’s finest treasures were made by children

A new research about the finds from Bush Barrow, Britain’s richest Bronze Age burial, revealed that only children could have been able to embellish the finely decorated weapons and jewelry discovered at the Bush Barrow burial mound near Stonehenge.

Described as a ‘stout and tall man’, he was buried with objects that symbolised his power and authority in life. On his chest was a gold lozenge that fastened his cloak and would have glinted in the sun. He was buried with a bronze dagger adorned with an intricate design created from thousands of tiny gold studs. The dagger hung from his belt, looped on a spectacular gold belt hook which was finely decorated with incised curving lines delicately scored into the soft metal. The tiny gold studs are thinner than a human hair and are about 1mm long. They were used to create a zig-zag pattern, formed by up to 140,000 studs. The studs were set at a rate of over 1,000 per square centimetre. “Only children and teenagers, and those adults who had become myopic naturally or due to the nature of their work as children, would have been able to create and manufacture such tiny objects,” said one of the Britain’s leading authorities on the optics of the human eye, Ronald Rabbetts, who has been assessing the human eyesight implications of Bronze Age micro-gold-working – implications that are examined in detail in a BBC Two documentary ‘Operation Stonehenge’. “The implication is that there would almost certainly have been a section of the Bronze Age artisan class who, often as a result of their childhood work, were myopic for all their adult life. They would therefore have been unable to do any other work apart from the making of tiny artefacts and would have had to be supported by the community at large,” he said. The Chieftain was also buried with an axe from Brittany, a rare object to be placed in a burial. Axes and daggers were the symbols of power carved onto the great Sarsen stones at Stonehenge. The Chieftain also had a mace, its handle set with gleaming white bone and a small gold lozenge. The head of the mace was made of a carefully chosen stone, ground and polished to a magnificent finish. The mace may have been decorated with ribbons, fur or brightly coloured feathers that have long since rotted away. Tied to it were bone rings that would have jangled and rattled as the Chieftain gestured and danced. The image shows fragments of the dagger handle with a needle for scale.