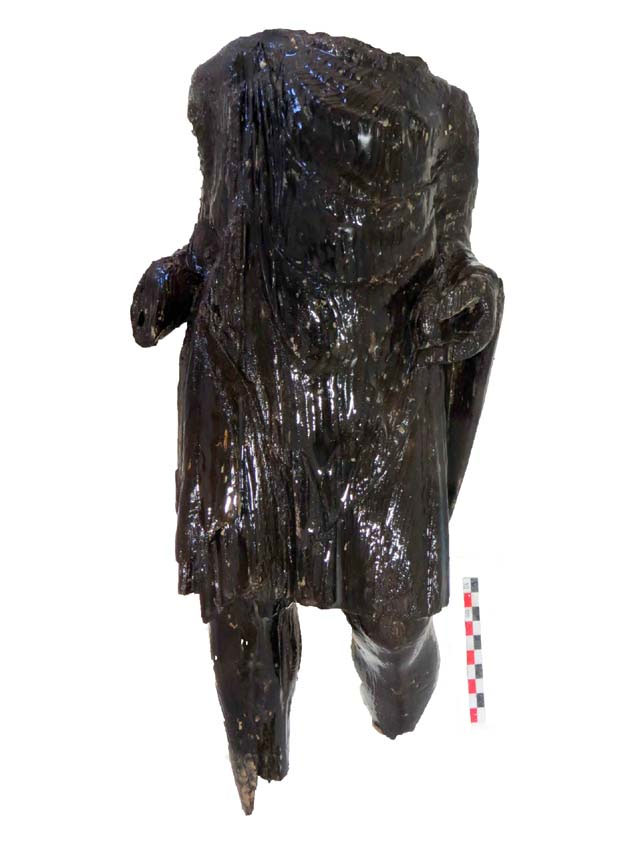 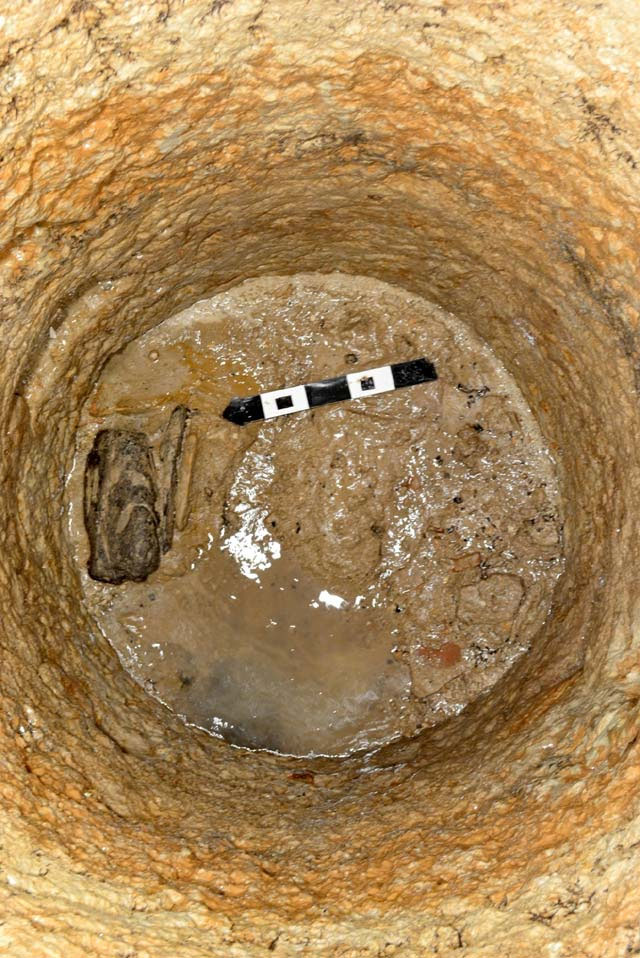 A rare wooden statue has been uncovered by Greek archaeologists inside an ancient well in Piraeus on Tuesday.

The statue was found during metro construction works, in a depth of 14.17m. It depicts a standing dressed male figure.

The find was discovered among pottery and fragments of vessels dated to the end of the Hellenistic period (100-86 BC), along with other settlement remains (tiles, metal objects, small pieces of wood).

At the same depth, a fragment of a marble female statue (probably representing Artemis) seated on the back of a deer was unearthed.

The wooden statue was found without its head, upper and lower limbs. The legs show a slight movement, as the right one is bent forward and the left one is extended backward. It is wearing a short chiton, has bent elbows and the arms are stretched forward.

The sculpture was transferred to the conservation workshop of the 16th Ephorate of Prehistoric and Classical Antiquities.