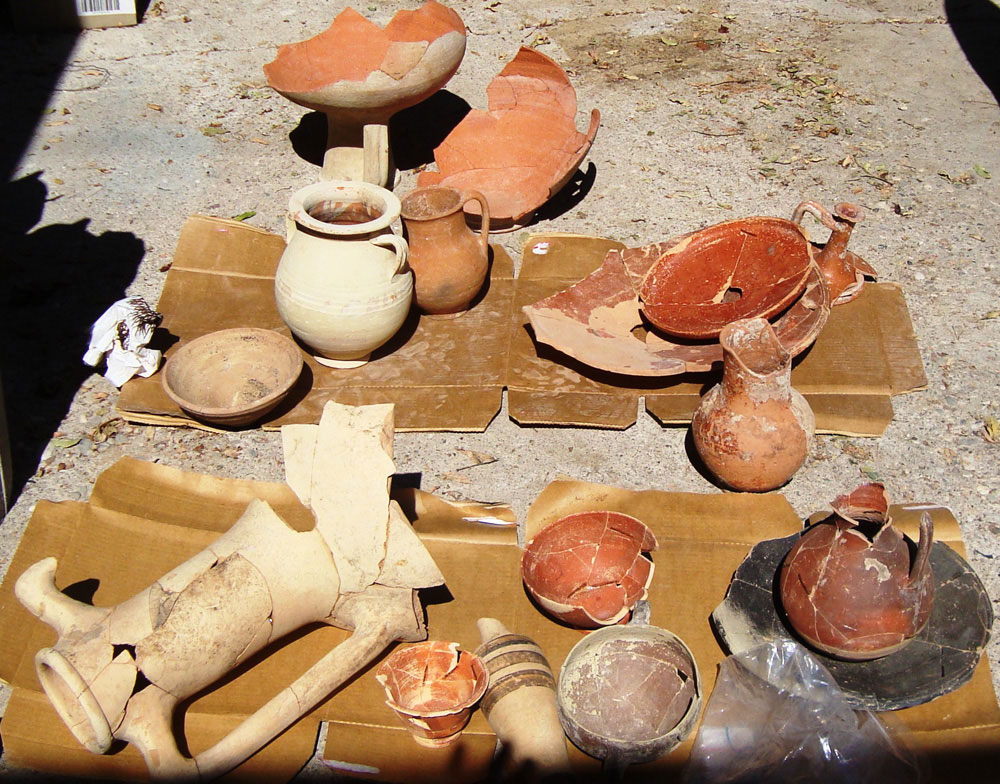 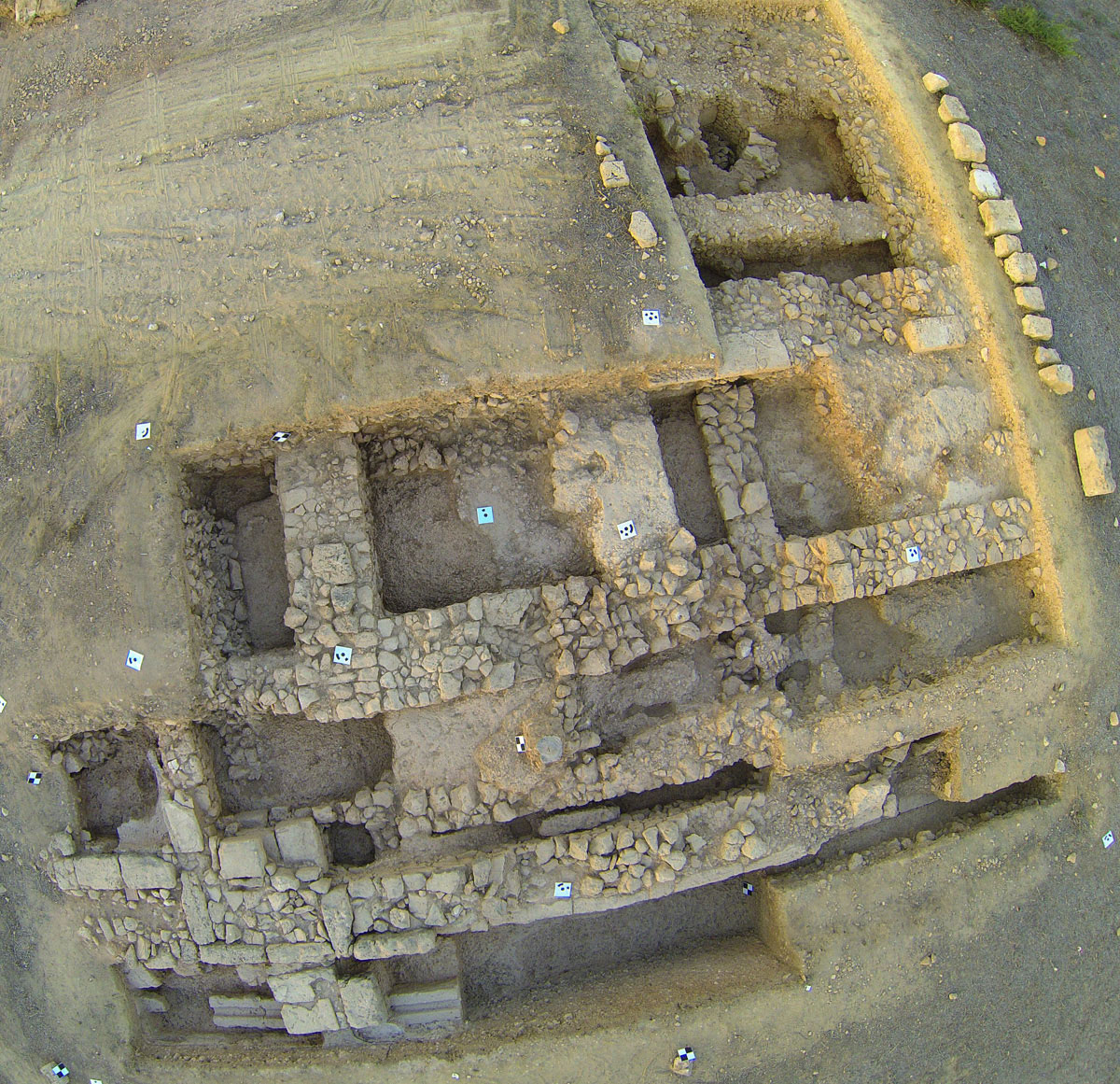 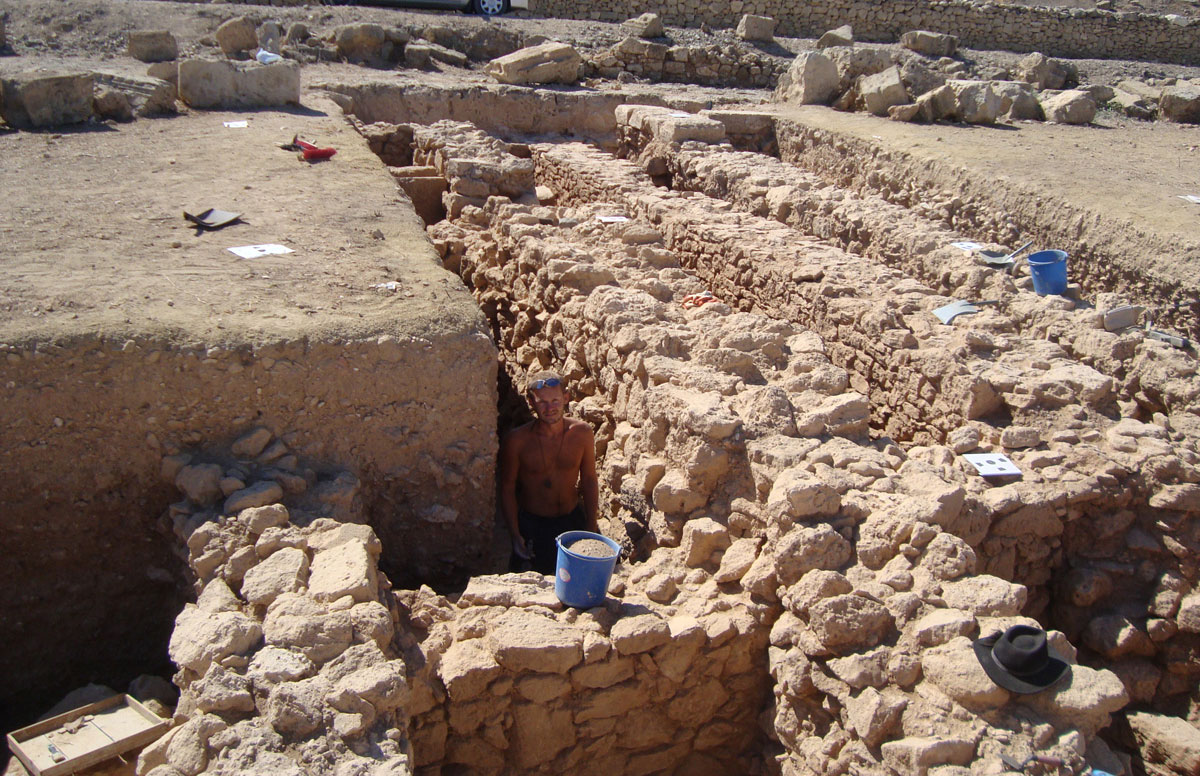 A well with rich movable material was excavated in Cyprus

The Department of Antiquities, Ministry of Communications and Works of Cyprus has issued an announcement presenting the results of the fourth season of excavations of the Department of Classical Archaeology of the Institute of Archaeology, Jagiellonian University (JU), Kraków, Poland within the framework of the Pafos Agora Project, which aims to explore and study the Agora of the ancient city of Nea Pafos, the capital of Cyprus in the Hellenistic and Roman periods.

The 2014 field work took place between August 8 and October 10th. The team, which was led by Professor Ewdoksia Papuci-Władyka, comprised nearly 60 persons (20 staff, 15 student trainers, 23 volunteers). The campaign’s aim was not only to excavate and provisionally study the uncovered material, but also to conduct preservation work performed by members of the Institute’s staff and to implement new, non-invasive research techniques (already partly tested during the 2013 season). The non-invasive research was conducted by specialists from the AGH University of Science and Technology in Krakow (Laser scanning of trenches) and the J. Kochanowski University in Kielce (Georadar prospection). Thus, the project has an interdisciplinary character.

The field work took place in all three trenches although in Trench II it was limited to the exploration of the well in Room 13, which had already began in the previous season during which it had been interpreted as a cistern. However, the excavation in 2014 clearly showed that this feature is definitely a well. The well was excavated to a depth of 7 metres, and at the depth of 5.95m, the ground water table was reached, affecting the exploration significantly: the team is deeply indebted to the local fire brigade for their assistance in this matter. The well was filled-in with rich movable material and earth. Firstly, pottery of different categories: fine wares, plain wares, cooking ware and transport amphorae (some of which bear stamps).

The team also found terracotta figurines, coins and metal objects. Amongst the metal objects were three very interesting sling bullets, two of which were decorated with a relief depicting scorpions and the third with a representation of thunderbolt. Based on the pottery and the amphorae stamps, it can be stated that the material of the well constitutes a homogeneous, closed late Hellenistic deposit, dated from the late 2nd to the mid-1st centuries BC. From an architectural point of view, the construction of the well is very closely connected with the first phase of the stylobate of the east portico of the Agora, and so the initial date of this portico should probably be moved back to an even earlier date i.e. to Hellenistic times. However, it should be noted that this hypothesis will need to be confirmed with the study of the material, particularly the coins numbering almost 60, have been studied.

Large-scale works were undertaken in Trench I, situated in the central part of the Agora square. The excavations cleared and enlarged squares traced and partly excavated by K. Nicolaou in the 1970’s. These squares were combined with the current excavation squares, excavated within Trench I in 2011. Nicolaou had stated that it was likely that an altar had been uncovered. The Polish team proposes that this was not an altar but part of a large, very well constructed building, probably a temple with an East-West orientation. Furthermore, the team suggests that the type of wall construction (the so-called compartment type), which is very characteristic of the Ptolemaic period, and the excavated moveable finds (mainly pottery) point to a Hellenistic date. It seems that the building/temple was in use for a long period and was rebuilt several times. In close vicinity to this building – to the south – a large pit was discovered filled-in with pottery and numerous terracotta figurine fragments of which the latest can be dated to the late 2nd and early 1st centuries BC. The building was perhaps rebuilt at this time and the material that was of no use was thrown into the pit.

In Trench III, structures that were discovered in 2013 were further investigated. In addition, the trench was extended to the south aiming to uncover a possible continuation of walls found in 2013. As a result, part of a large building, erected on cut bedrock, was uncovered composed of at least two rooms. This building was built before the erection of the south portico of the agora. A preliminary analysis of the pottery indicates that the building was possibly erected during the late Classical/Early Hellenistic period, i.e. in the early days of the city, and that it was also used after the erection of the south portico, during the first phase of the agora. The final period of the building’s use seems to have been the 2nd and 1st c. BC. However, the exact function of the building remains unclear. In Trench III 12 new structures were explored, among which are five walls, two floors and one channel.