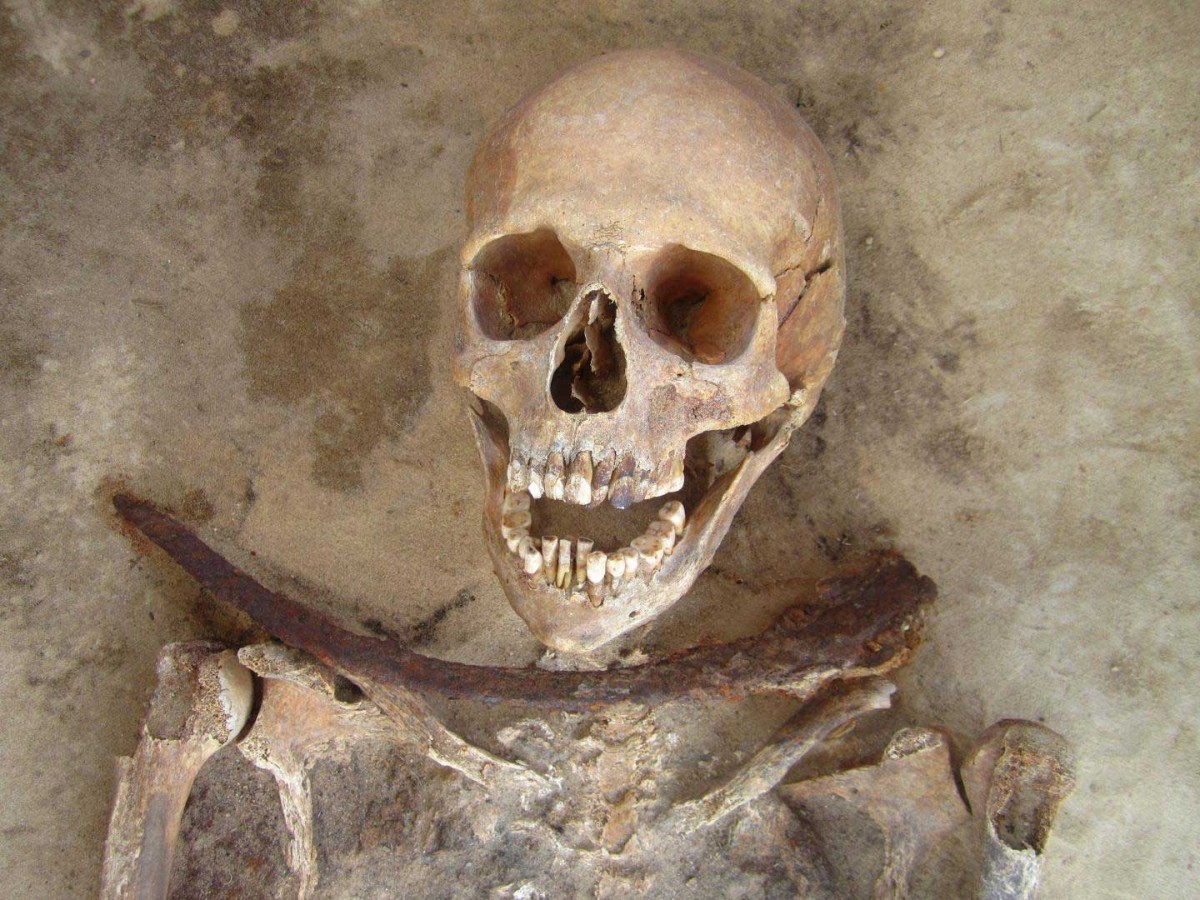 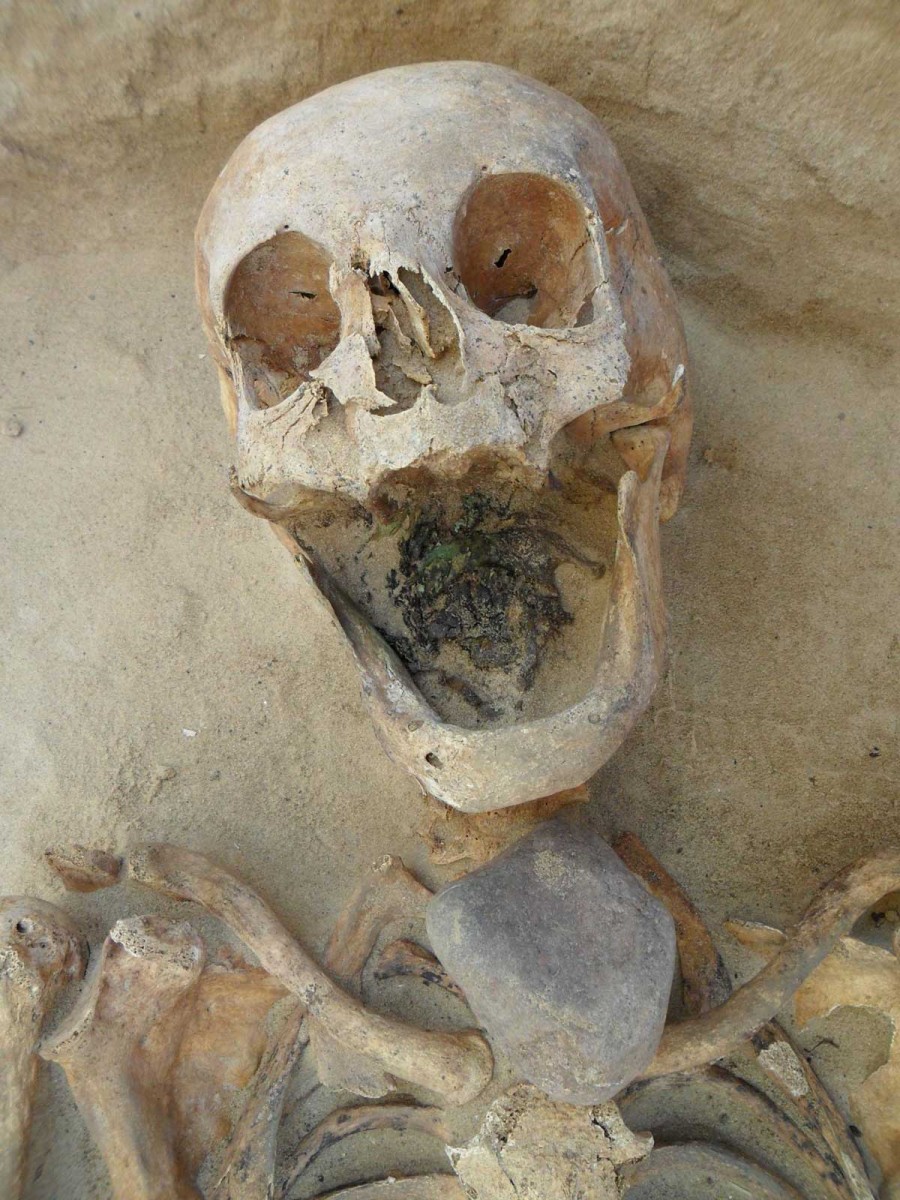 According to a study entitled "Apotropaic Practices and the Undead"

Potential ‘vampires’ buried in northwestern Poland with sickles and rocks across their bodies were likely local and not immigrants to the region, according to a study published November 26, 2014 in the open-access journal PLOS ONE by Gregoricka L.A., Betsinger T.K., Scott A.B. and Polcyn M.

Apotropaic observances-traditional practices intended to prevent evil-were not uncommon in post-medieval Poland, as explained in the abstract of the paper, and included specific treatment of the dead for those considered at risk for becoming vampires. Excavations at the Drawsko 1 cemetery (17th-18th c. AD) have revealed multiple examples of such deviant burials amidst hundreds of normative interments.

While historic records describe the many potential reasons why some were more susceptible to vampirism than others, no study has attempted to discern differences in social identity between individuals within standard and deviant burials using biogeochemical analyses of human skeletal remains.

These data indicate that those targeted for apotropaic practices were not migrants to the region, but instead, represented local individuals whose social identity or manner of death marked them with suspicion in some other way. Cholera epidemics that swept across much of Eastern Europe during the 17th century may provide one alternate explanation as to the reason behind these apotropaic mortuary customs, as the first person to die from an infectious disease outbreak was presumed more likely to return from the dead as a vampire.

Excavations at a cemetery in northwestern Poland have revealed six unusual graves, with sickles across the bodies or large rocks under the chins of select individuals, amidst hundreds of normal burials. To better understand whether the bodies selected for apotropaic burial rites were local or non-local immigrants, the authors of this study tested permanent molars from 60 individuals, including 6 “special” or deviant burials, using radiogenic strontium isotope ratios from archaeological dental enamel. They then compared the results to strontium isotopes of local animals.