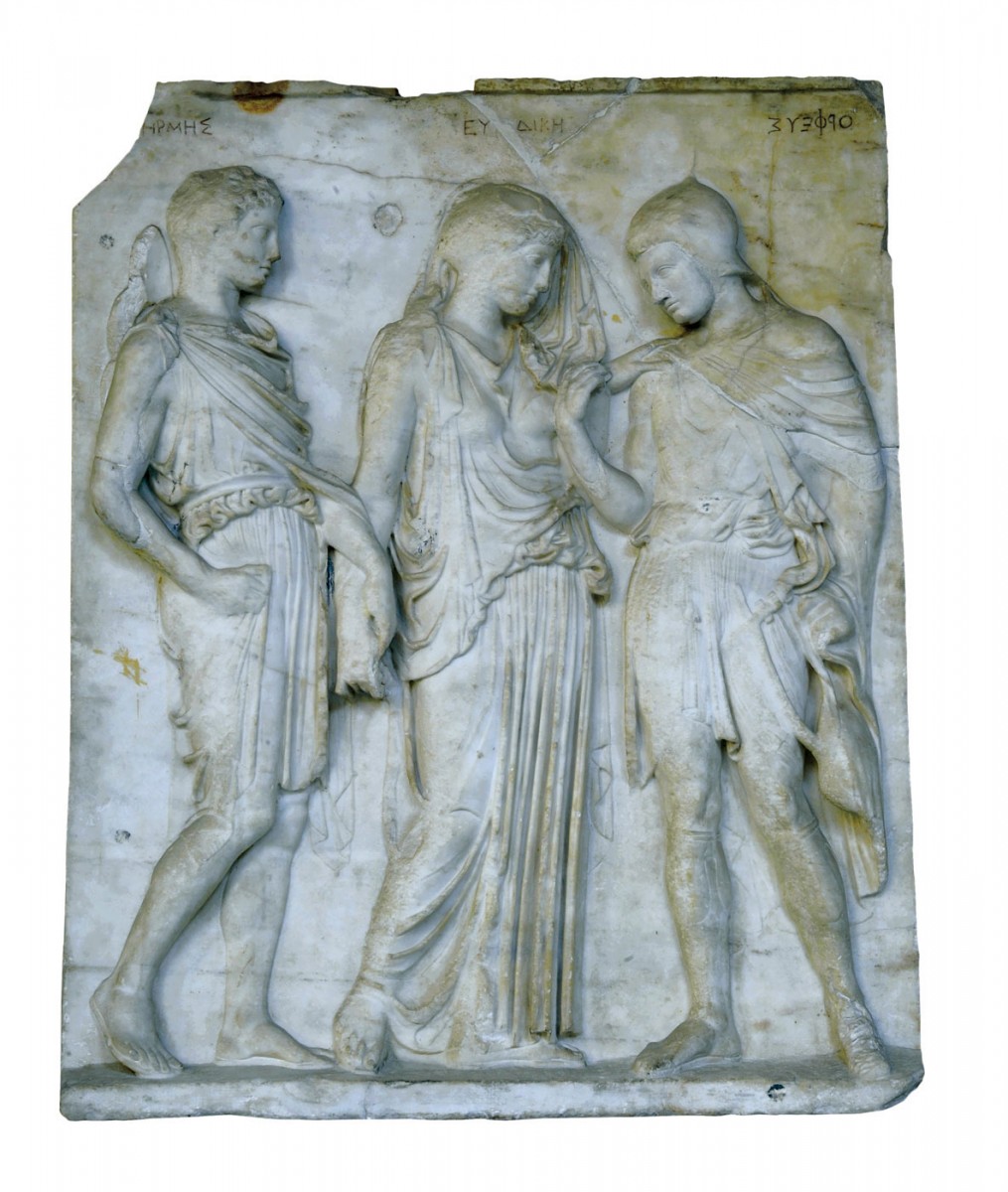 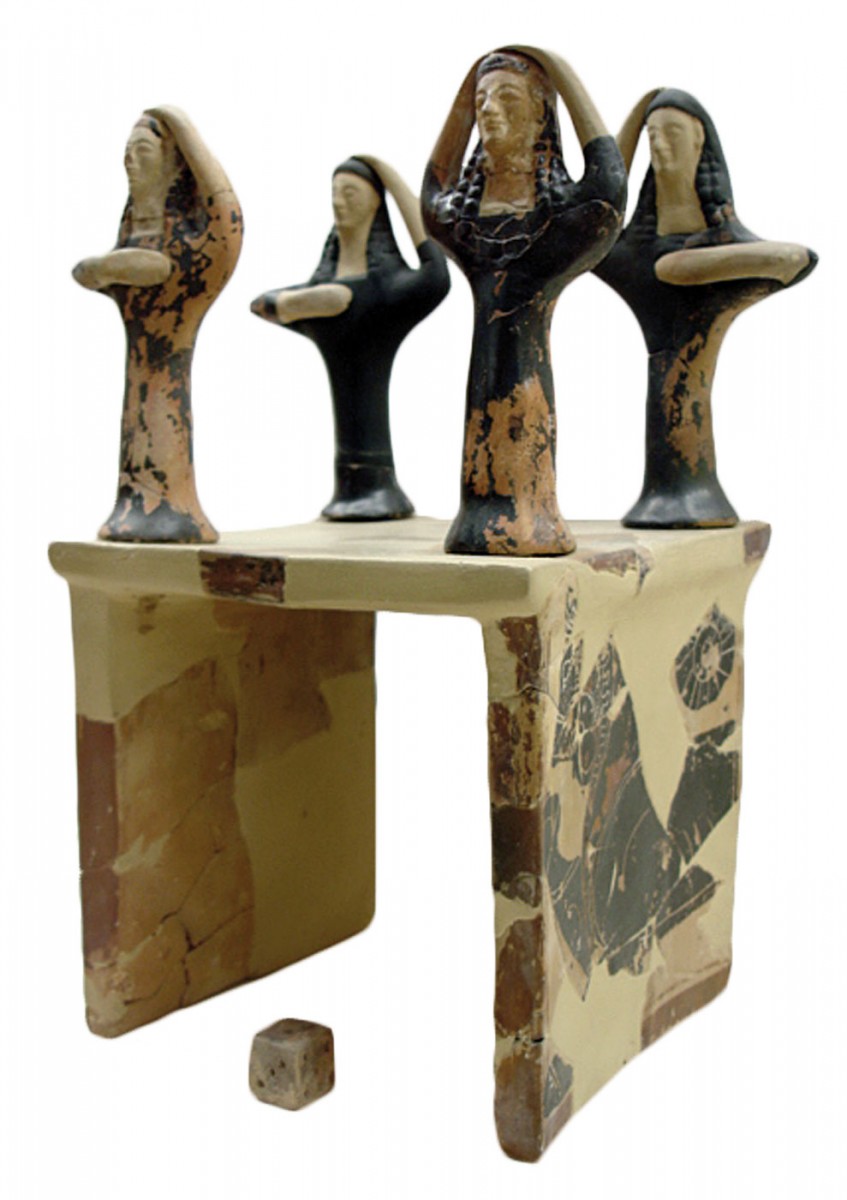 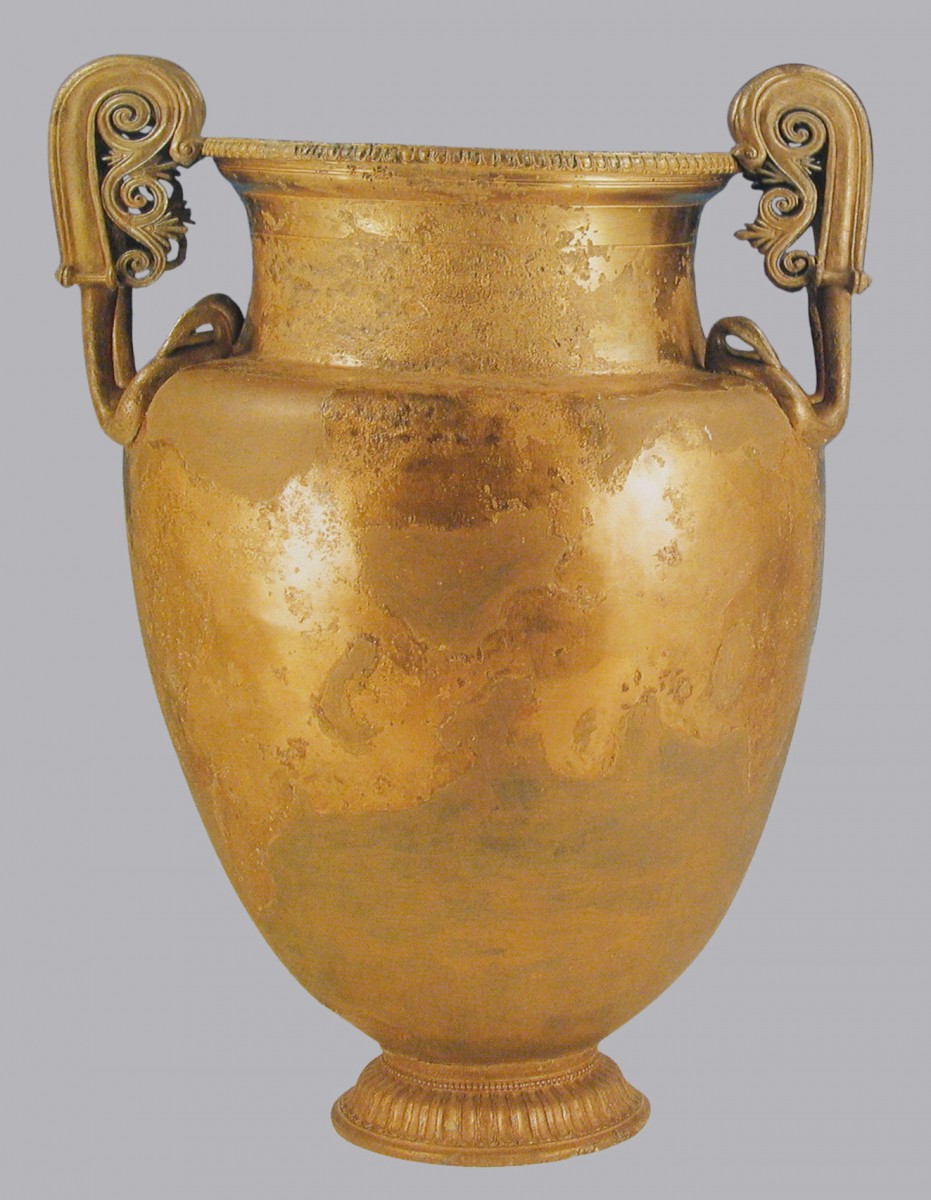 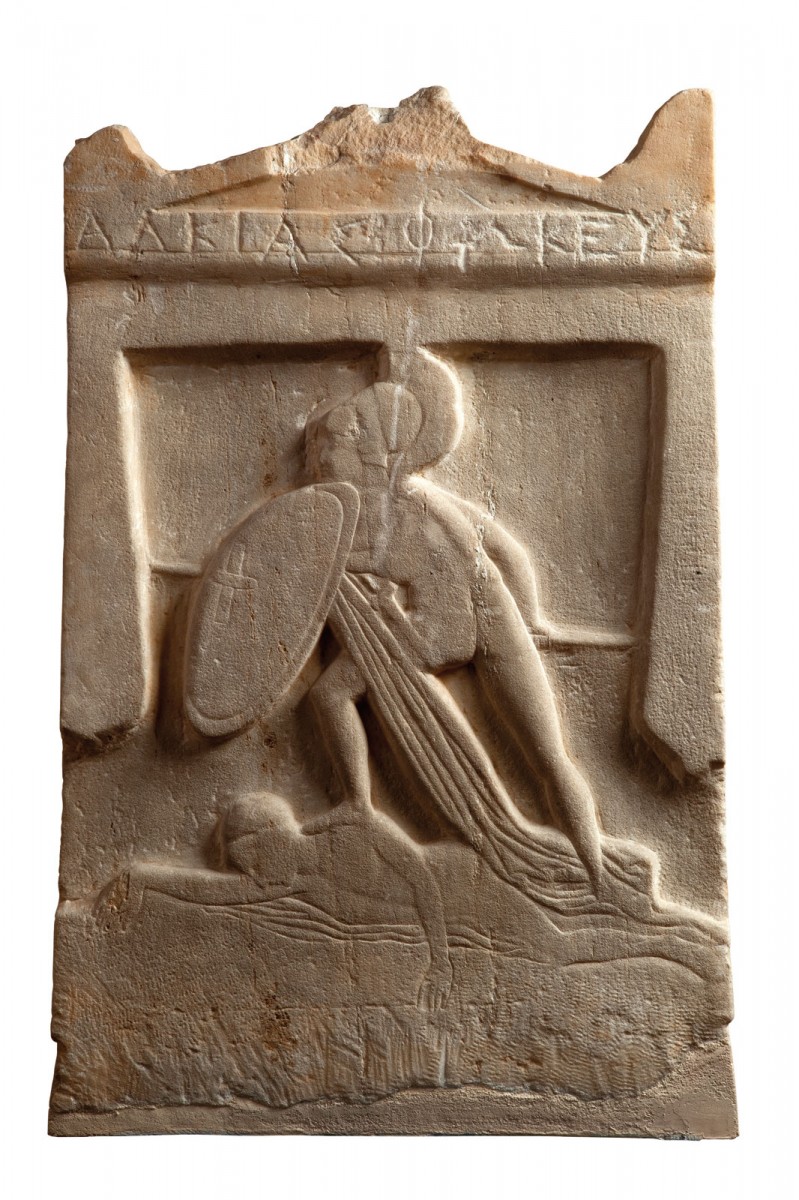 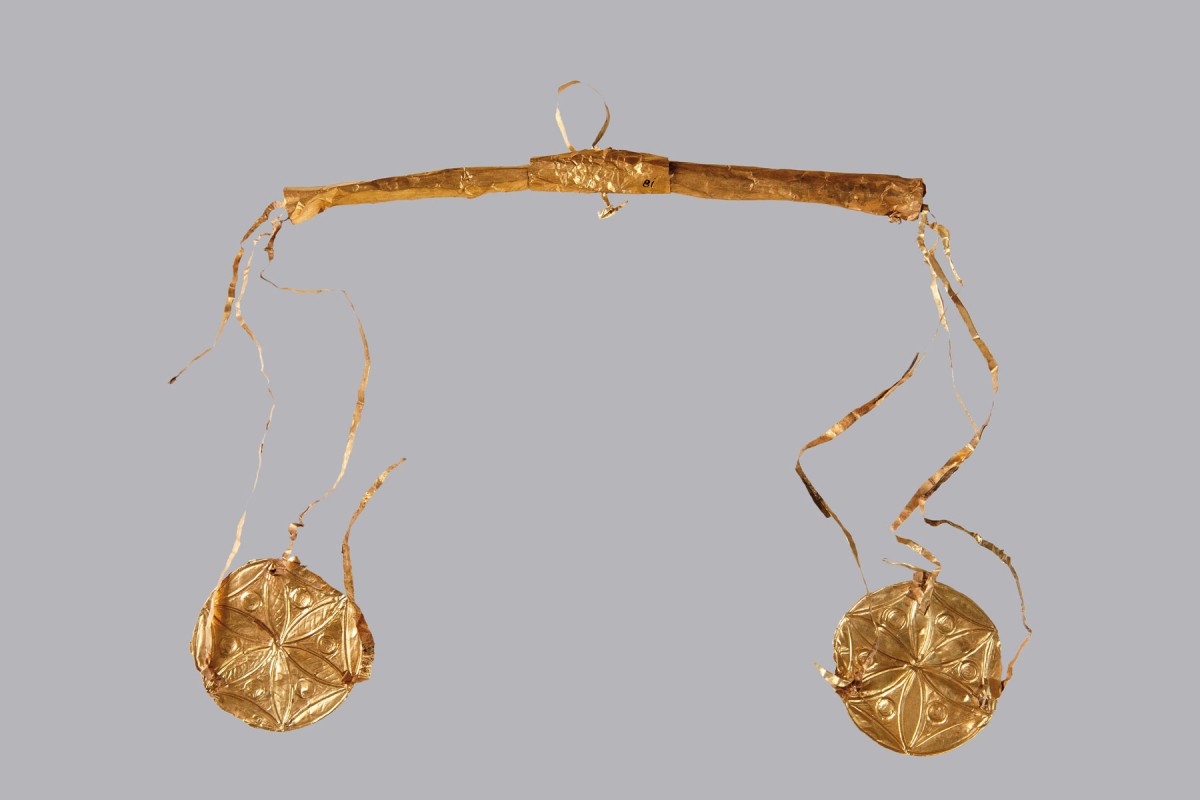 Death and Afterlife in Ancient Greece

Exhibition at the Cycladic Art Museum

Did you know that ancient Greeks regarded Death and Hypnos twins?

The exhibition BEYOND. Death and Afterlife in Ancient Greece which opens today, December 11th, 2014, at the Cycladic Art Museum in Athens, explores one of the most important issues that puzzled and continues to concern humans; the fate of the immortal soul after the death of the mortal body.

People have always sought to understand the unknown and over a broad field of inquiry – from explaining natural phenomena and exploring space to understanding how the human body functions and inquiring into the past or even the future. It is therefore entirely natural that we should wonder about the greatest unknown of all, the hereafter (the “beyond”). What awaits a human after the death of his or her mortal body? Is there a soul and, if so, just what is it? Do our actions in this life have repercussions on the fate of the soul in the next world? Is there any interaction between the living and the dead? Which doctrine can ensure eternal bliss?

These questions transcend space and time, just as the inscrutable “beyond” transcends these earthly dimensions. These questions have preoccupied everyone at some point and they continue to do so at every age and in every part of the world because of the inescapability of death. Many scholars have addressed several aspects of death in the international literature, and we have made good use here of the results of their in-depth investigations into the subject. But the exhibition Beyond attempts to present not just the many different faiths and beliefs associated with the dead and death, but also various views of the next world, as expressed in ancient Greek art and literature.

Great care was taken in selecting the artifacts to be included in the exhibition and its catalogue. Each object is unique and, at the same time, an inseparable part of the whole, and most of them have never been exhibited together before. Thus, the visitor, whether an expert or a non-specialist, has the opportunity not just to admire them up close, but also to reflect on the many multifaceted interpretations of their use and function.

The exhibition is arranged in five sections. The first shows scenes related to the moment of death, as depicted in ancient art. The many varied representations of the moment of death in ancient art involve mainly mythical characters known from epic poetry and drama. Depicting the death of historical people is extremely rare, as for example that of Croesus, King of Lydia. However, in either case, ancient artists appear to have chosen to portray the death of these figures with an emphasis on the tragic element, something that would evoke strong emotions in the viewer and give the work gravitas. Even in the case of Croesus, who ascended his funeral pyre while still alive, the dramatic element prevails. In addition to the deaths of individuals, it was very common to depict death on the battlefield. These scenes show a balance between mythological and ‘historical’ narratives and were very common on the funerary stelai of men who had died in battle. Interestingly, the tombstones for the fallen were the only funerary stelai that were decorated with death scenes. We should bear in mind, however, that all ancient artifacts were intended for a particular ‘buying public’ with very specific demands, so it is natural that the depiction of death should be chosen by some clients as a subject for the decoration of a sculpture, relief, vase, or other object that was to be used as a grave marker.

The second section analyses the whole ritual of the funeral and the offerings for the deceased. Funeral rites had enormous significance for the ancient Greeks, which is evident not just from the earliest descriptions in epic poetry but also from the existence of special laws on the subject in many city-states. All ceremonies associated with the dead have a two-fold interpretation and significance: the need to express grief at the loss, and the need to mitigate the deceased’s fear of nemesis. This accounts for the so-called conservatism of funerary customs, which underwent only a few relatively small changes in the period from the tenth century BC to late antiquity. Each ritual and each object associated with the deceased and his or her tomb—just as in memorial services in later periods—were carefully selected by their nearest and dearest and served particular purposes. Despite the fact that some objects were replaced by others over the course of time, the objectives almost always remained the same. The deceased is treated like a living person who needs food, money, clothes, jewelry, furniture, and so on, even in the afterlife. These funerary gifts, known as grave goods, are found in every period of Greek antiquity and reveal the need that the living have to believe that the deceased will go on existing somewhere else, even if they do not all know or believe the same things about that ‘elsewhere.’

The last three sections each relate to one of the three versions of Hades: the Homeric, the Bacchic-Orphic and the Platonic. These versions are fundamentally based on the philosophical and religious predilections associated with the various periods of ancient Greece. It is easy to ascertain that there are many similarities, as well as obvious differences, between the three underworlds, because of the way in which information, beliefs, and perceptions were exchanged between poetic, religious, and philosophical tendencies in the various periods of antiquity. The dark and fusty Homeric underworld was not just the kingdom of lost souls; there were also the souls of those who inhabited the Elysian Fields, such as Menelaus. Likewise, not all souls were allowed into the Bacchic-Orphic Hades, only initiates. Even in the Platonic underworld the souls of sinners were condemned to a thousand years of torment, whereas the godless had no place in the cycle of reincarnation.