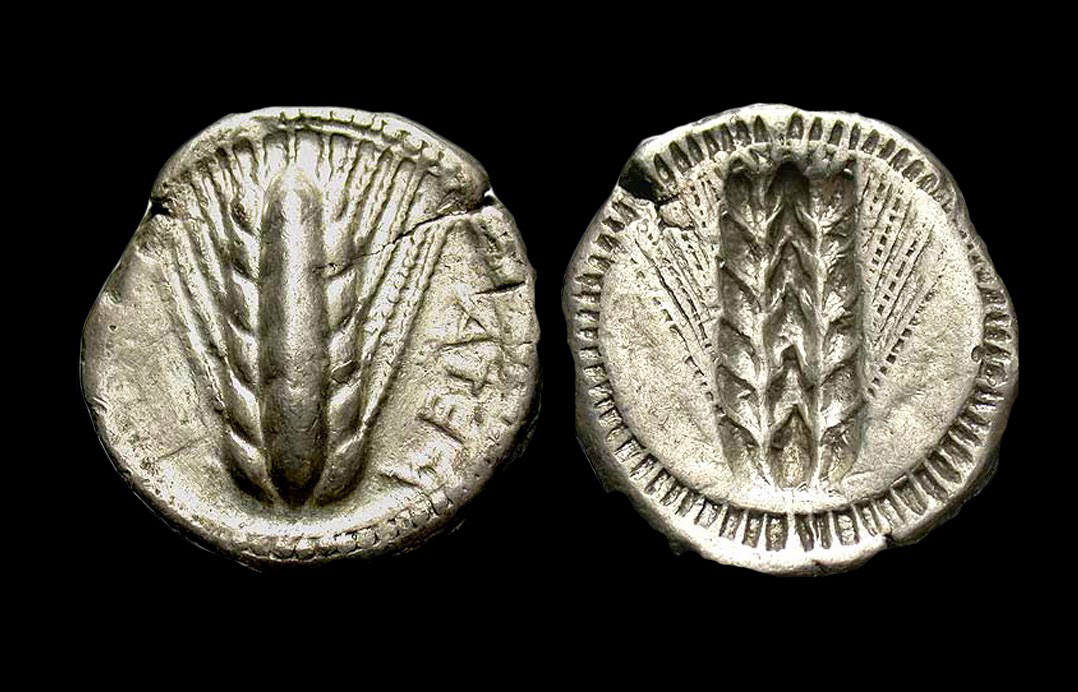 The Coins of Pythagoras

Researchers at Macquarie University’s Australian Centre for Ancient Numismatic Studies (ACANS) have joined forces with scientists from the Australian Nuclear Science and Technology Organisation (ANSTO), on a joint research program to solve a twenty-five century-old mystery behind the technology used to produce a special variety of ancient Greek coins.

Combining the fact that Pythagoras’ father was a gem-engraver – thus Pythagoras himself would have been trained in celature – wih the oddity of the incuse coinage of Magna Graecia, in the past scholars came up with the theory that Pythagoras was behind the creation this coinage.

First minted around 540 BC in the cities of Southern Italy (modern Basilicata and Calabria), incuse coins show the same image on the front and back – but the image on the back is sunk into the metal so that it appears as a negative or incuse version of the front.

The mysterious technique of manufacture, which appears to be quite difficult to execute, has attracted a good deal of discussion but it has never been satisfactorily explained. We do know, however, that these cities continued to mint these coins for over a century.

There are no surviving contemporary accounts of ancient coin manufacture, and no illustrations. Only three or four of the dies once used for striking coins in ancient Greek mints survive today. Therefore, what we know about the earliest history of coin minting is derived from a study of the coins themselves.

With the emerging science of neutron scattering, the use of neutron diffraction to improve our understanding of the techniques of ancient coin manufacture is just beginning, and the ANSTO/ACANS study is among the first.

“Our aim is to explore the technology behind the production of one of the world’s first coinages,” explains Dr Vladimir Luzin, Instrument Scientist at ANSTO.

“In particular, our objective is to explain the very singular technology and processes for minting incuse coins.”

Bringing the past into the future

“Numismatists from ACANS will then infer the production steps undertaken to produce these coins using knowledge of ancient materials and equipment that were available at the time.”

ANSTO’s Bragg Institute leads Australia in the use of neutron scattering and X-ray techniques to solve complex research and industrial problems in many important fields.

Although measurements of coins using neutron texture analysis have been implemented before, a systematic and full-scale study to set a benchmark is unique to this project.