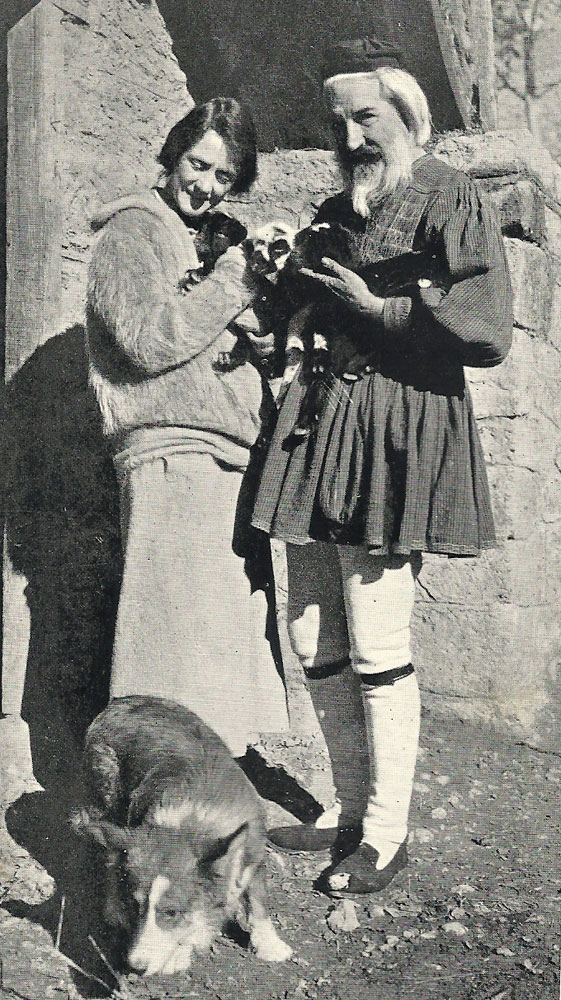 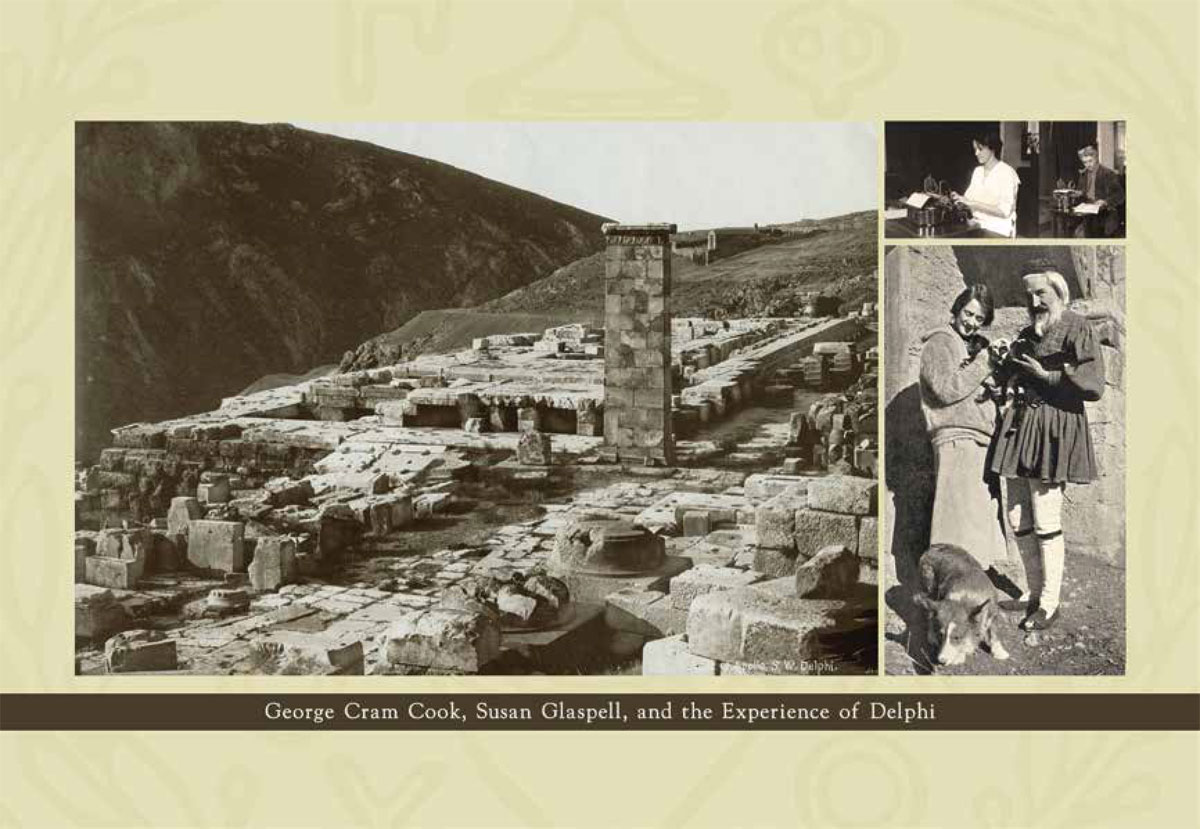 All his life he wanted to live in Greece. First, he tried to come with his classmate John Alden in 1893, as soon as they graduated from Harvard. Alden came but George (“Jig”) Cram Cook (1873-1924) didn’t have enough money to support a year in Athens at the American School. Then he went on to do other things: teaching, farming, and writing, mostly playwriting. He founded the Provincetown Players, the first modern American theater company, and mentored Eugene O’Neill. A restless spirit with a need to try new experiences all the time, Jig finally made the big decision.

In 1922, he and his third wife, Susan Glaspell, and his daughter Nilla boarded for Greece. They chose to live on the slopes of Mt. Parnassus. Jig went completely “native” adopting the dress of a Greek shepherd. He was adored by the Greeks. He and Eva Palmer talked about reviving the Delphic Games. He didn’t live long however. In January 1924, he was buried at the local cemetery in Delphi. His grave is still there.

Susan Glaspell preserved Jig’s memory by writing his biography: The Road to the Temple (1926): Cook’s road of life from the farms of Iowa to the Temple of Apollo at Delphi. But she also composed one of the best examples of feminist and modernist writing in American literature, Fugitive’s Return. The story takes place at Delphi and tells of a troubled American woman who looks and finds “catharsis” in the midst of the ancient ruins. In the best-seller list of 1929, Fugitive’s Return was only a few notches down from A Farewell to Arms.

The Annual Archives Lecture of the American School of Classical Studies at Athens is devoted to the story of George Cram Cook and Susan Glaspell. The lecture, entitled “George Cram Cook, Susan Glaspell, and the Experience of Delphi, will be given today (January 29, 2015, at 7.00 p.m.) at the ASCSA, by Linda Ben-Zvi of the Tel Aviv University.