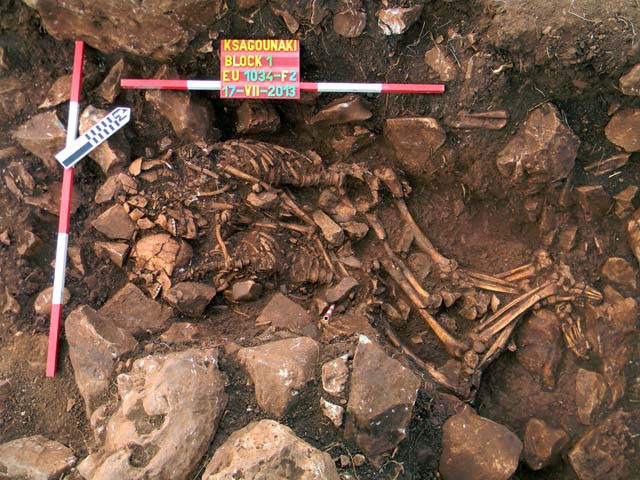 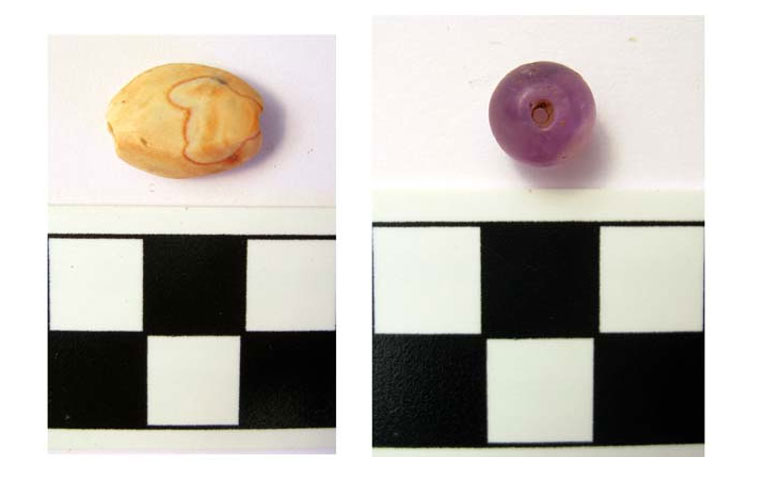 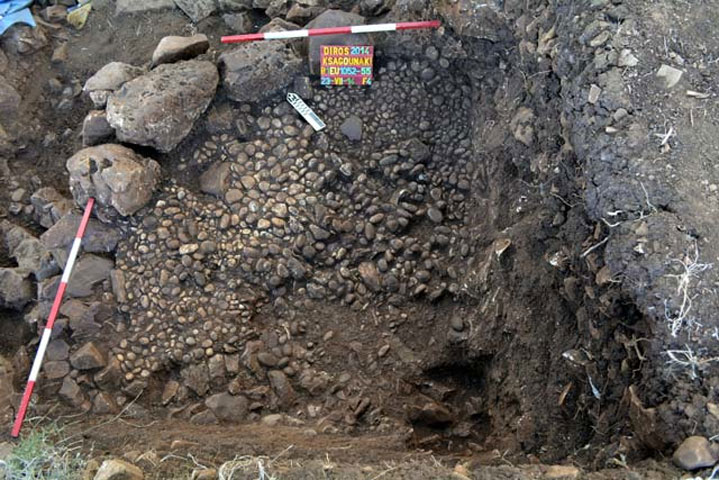 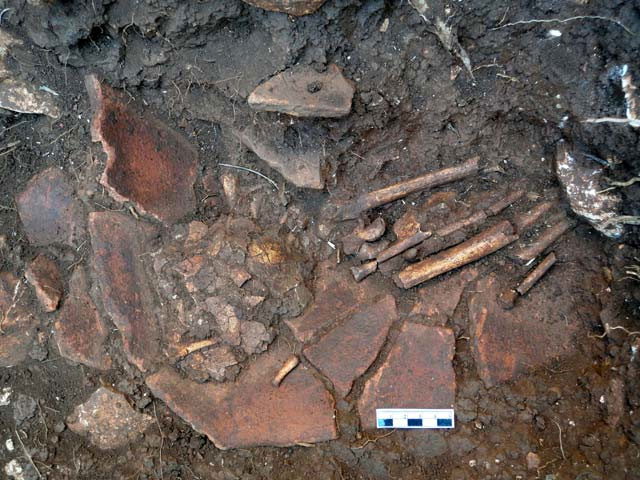 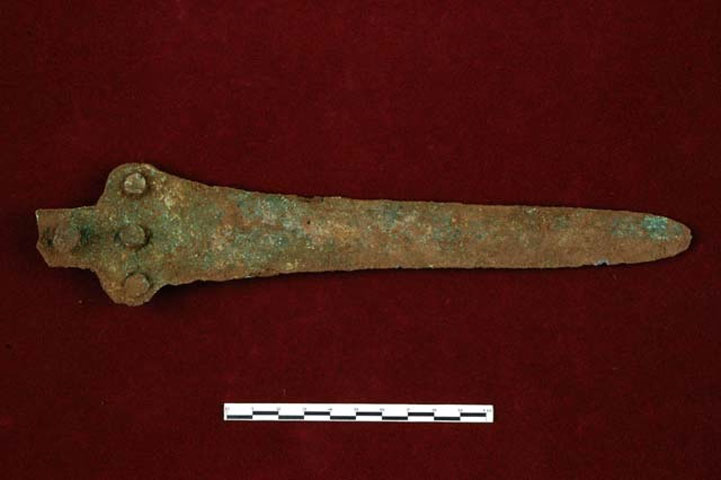 Two skeletons in a tight embrace unearthed in Greece

Archaeologists in Greece have unearthed two skeletons locked in a tight embrace, among other finds, during excavations in the Diros Caves.

A rare double undisturbed burial of two young adults, a man and a woman, in an embracement position, and a second double, intact burial of young adults in an extremely contracted position in relevance with broken arrowheads are the most important finds of the excavation at the “Xagounaki” site, located in the surrounding area of the Alepotrypa Cave. The excavations were conducted in the context of the 5-year Diros Excavation Project.

The simultaneous double burials are not a frequent phenomenon and most certainly not a common archaeological find. Furthermore, double burials in embracement position are extremely rare and the one at Diros is one of the oldest known so far worldwide. Based on the radiocarbon dating archaeologists determined the burial’s age to 3800 BC, while the bone analysis of the two skeletons proved they belonged to a man and a woman.

In layers of the Late Neolithic, 4200-3800 BC, a double primary pithos child burial and an undisturbed infant burial were also found.

The aim of the Project was to complete the investigations in the area and to prepare the publishing of the results of the long-lasting excavations in the Alepotrypa Cave as well as the excavation survey of the surrounding area.

Revised datings and thorough analyses expanded the period during which the Cave was in use from the Early to the Late Neolithic (6000-3200 BC) and confirmed its long-term functioning as a settlement and burial area.

Within the superimposed layers a round ossuary (4m diameter) was found, marked by unworked stones, which has a pebbled floor. Human skeletal remains belonging to tens of persons were collected in abundance from the surface of the floor, relating to typical finds of the Late Helladic III period (Mycenaean period), such as pottery, beads, a knife etc. This structure built for the planned transfer and secondary burial of dozens of deceased, is unique in the Mycenaean era.

The preliminary survey of these burials has shown that they are secondary deposits, which means they were transferred from the initial burial site to “Xagounaki”. No settlement remains of the Mycenaean period were located in the surrounding area during the systematic surface surveys. The closest site of this period is located in Agios Vasileios, at a distance of 40klm from Alepotrypa. These questions remain to be answered in the future. For now we can safely assume that the surrounding area of the Cave was used for millennia as a space where the settlement groups buried their dead.