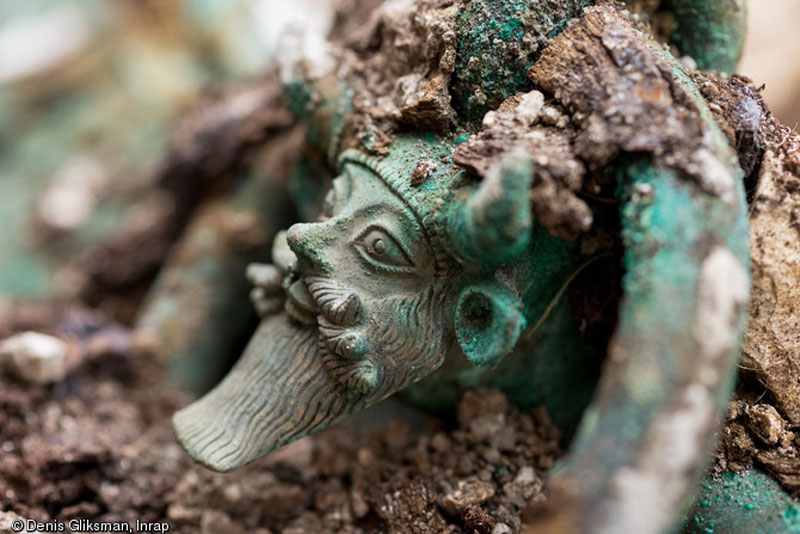 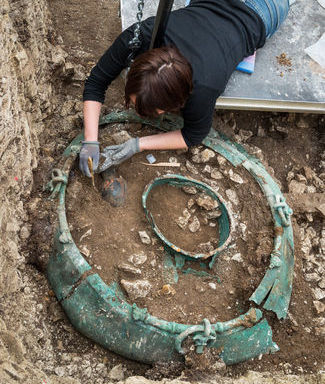 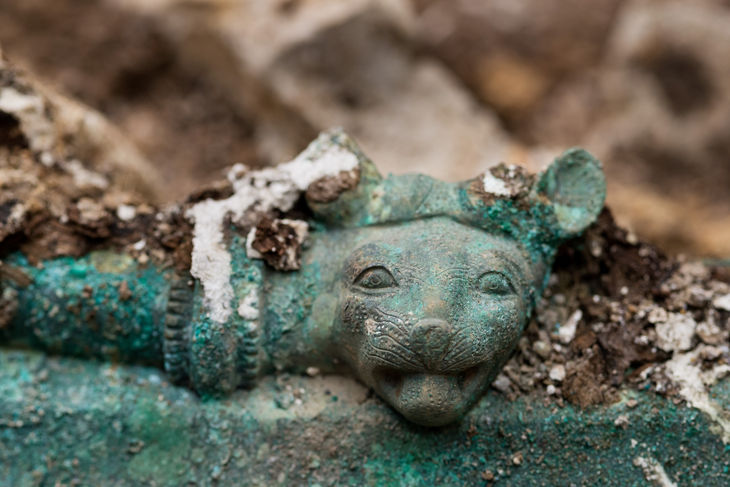 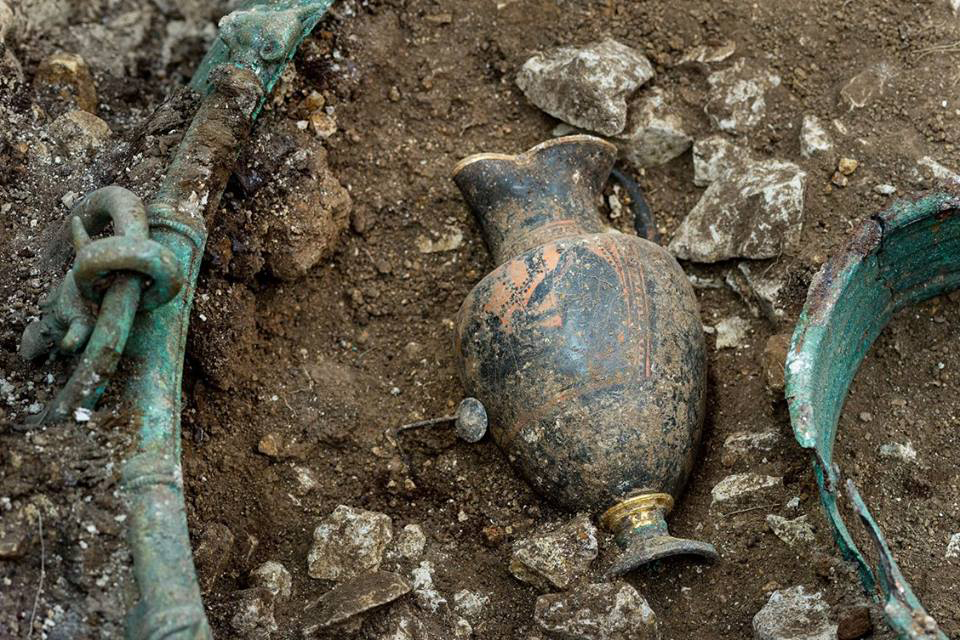 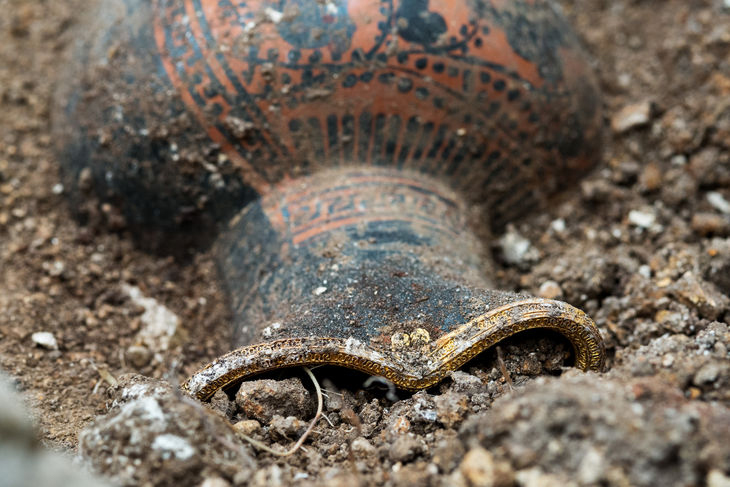 Among the grave goods is a magnificent cauldron

French archaeologists working for INRAP have found the remains of a magnificent bronze cauldron inside a large burial mound, which dates from the 5th century BC.

Since October 2014, INRAP archaeologists have been excavating the tomb of a prince dating to the early 5th c. BC within an exceptional monumental funerary complex on the outskirts of Lavau in France’s Champagne region.

At the center of a 40m diameter tumulus, the deceased and his chariot lie at the heart of a 14 sq m burial chamber, one of the largest burial chambers which have been discovered by archaeologists for this period (early Iron Age, Hallstatt). The tomb contains grave goods worthy of the highest Hallstatt elites. The most outstanding of the finds, which are most likely of Greek or Etruscan manufacture, is a bronze wine cauldron with four circular handles decorated with heads of Greek river god Acheloos, represented horned, bearded, with bull’s ears and a triple moustache. The edge of the cauldron is decorated with eight lion heads. Inside the cauldron (measuring 1m in diameter) an Attic black-figure oinochoe was found, featuring Dionysus in a banquet scene. The cauldron would have represented a conspicuous display of its owners wealth and power when used during banquets or similar festivities.

The late 6th century and early 5th century BC are marked by the development of the economic activity of Etruscan and Greek city-states of the West, especially Marseille. At that time Mediterranean traders came into contact with the continental Celtic communities, seeking slaves, metals and other precious goods (including amber).

Those controlling trading channels, especially in the areas of ​​the Loire, Seine, Saône, Rhine, Danube watersheds, took advantage of this traffic and saw their elites acquire many prestige goods which are found buried with their owners in monumental tombs – like the Heuneburg and Hochdorf sites in Germany, Bourges, Vix and now Lavau in France.