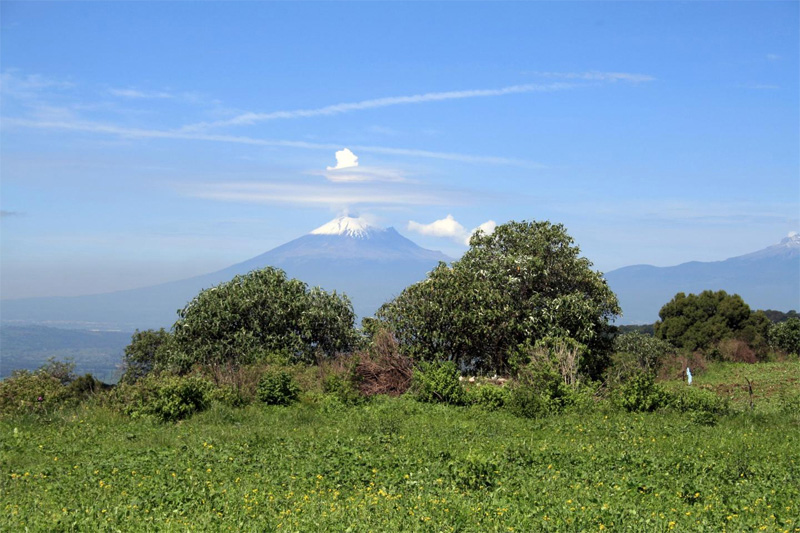 Obsidian study shows complexity of geopolitics in the Aztec empire

The researchers focused on an independent republic called Tlaxcallan

New findings from an international team of archaeological researchers highlight the complexity of geopolitics in Aztec era Mesoamerica and illustrate how the relationships among ancient states extended beyond warfare and diplomacy to issues concerning trade and the flow of goods.

The researchers focused on an independent republic called Tlaxcallan in what is now central Mexico, about 75 miles east of modern Mexico City. Tlaxcallan was founded in the mid-13th century and, by 1500, was effectively surrounded by the Aztec Empire – but never lost its independence. In fact, Tlaxcallan supported Cortés and played a critical role in the Spanish Conquest of Mexico in the 16th century.

The new research focuses on where the people of Tlaxcallan obtained their obsidian in the century before the arrival of Cortés. Obsidian is a volcanic glass that was widely used in everything from household tools and weapons to jewelry and religious objects. But Tlaxcallan did not have a source of obsidian within its territory – so where did it come from?

“It turns out that Tlaxcallan relied on a source we hadn’t expected, called El Paredón,” says Dr. John Millhauser, an assistant professor of anthropology at NC State and lead author of a paper on the work. “Almost no one else was using El Paredón at the time, and it fell just outside the boundaries of the Aztec Empire. So, one question it raises is why the Aztecs – who were openly hostile to Tlaxcallan – didn’t intervene.”

One possible explanation is that the Aztecs didn’t intervene because it would have been too much effort. “Obsidian was widely available and was an everyday good. It probably wasn’t worth the time and expense to try to cut off Tlaxcallan’s supply of obsidian from El Paredón because other sources were available,” Millhauser says.

The finding drives home how complex international relations were during the Aztec Empire’s reign.

“The fact that they got so much obsidian so close to the Aztec Empire makes me question the scope of conflict at the time,” Millhauser says. “Tlaxcallan was able to access a source of household and military goods from a source that required it to go right up to the border of enemy territory.”

At the same time, the research makes clear that there was an economic rift between Tlaxcallan and the Aztecs. Previous research shows that more than 90 percent of Aztec obsidian came from a source called Pachuca, further to the north. But the new research finds that only 14 percent of the obsidian at Tlaxcallan was from Pachuca – most of the rest came from El Paredón.

For this study, the researchers systematically collected artifacts from the surfaces of stone-walled terraces at the site of the pre-Columbian city of Tlaxcallan. A representative number of the artifacts were then analyzed using x-ray fluorescence. This information was compared with samples from known sources of obsidian in the region to determine where the obsidian artifacts came from.

“All of this drives home the fact that geopolitics mattered for the economies of ancient states,” Millhauser says. “Political stances and political boundaries influenced everyday behavior, down to the flow of basic commodities like obsidian. The popular conception of the Aztec Empire as all powerful before the arrival of Cortés is exaggerated. The region was a politically and culturally complicated place.”