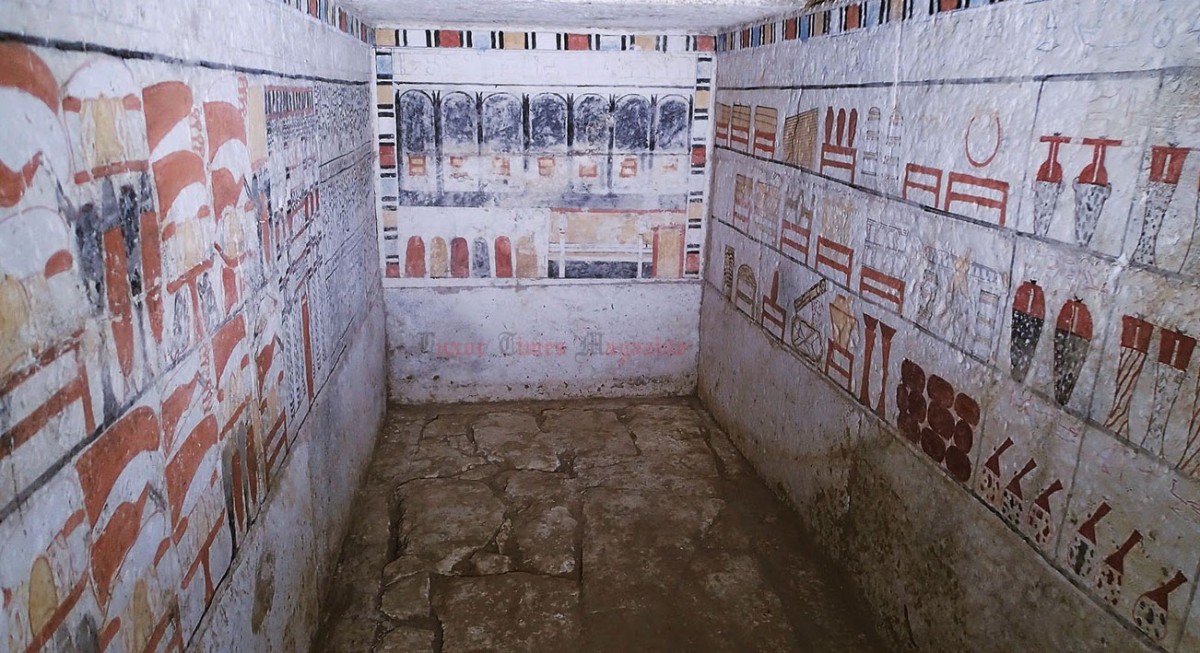 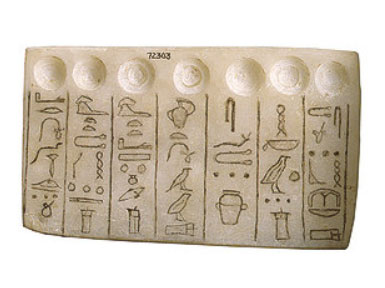 The paintings look as if they were made yesterday

The tombs belong to two priests from the reign of the sixth Dynasty King Pepi II, Ankhti and Saby, and are very well preserved. The priests’ skeletons and a few items of their funerary collection were also found in the tombs, but the skeletons were not inside sarcophagi and the remains were scattered around in the chambers, indicating that looting had taken place probably during the 7th or 8th Dynasty, as Kamal Wahid, director of the central administration of Giza antiquities stated. Among the various items there were alabaster vessels, and coloured limestone offerings samples with pottery.

According to Vassil Dobrev, a French Egyptologist who is head of the mission, burial shafts are found at a very deep level inside the tombs. Saby’s burial shaft was six metres deep, while the one of Ankhti was found 12 metres deep. Dobrev added that each tomb is built on two levels: the upper one is on the ground built of mud bricks, while the lower part is a limestone bedrock.

According to Minister of Antiquities Mamdouh Eldamaty, the walls in both tombs are decorated with paintings, showing scenes of religious rituals and of offerings to deities. He highlighted the fact that the colours on the paintings are very vivid and they look as if they were painted yesterday.

“These paintings are a good documentary revealing the type of religious rituals at that time as well as showing the skill of ancient Egyptian artisans,” Eldamaty confirmed.

Both tombs are almost identical and bear very distinguished scenes, such as the ancient Egyptian offerings painted on the walls of the priests’ burial chambers, the the list of offerings with their names and quantities and the pot of the seven sacred oils used in the Opening of the Mouth Ritual. Incense balls and copper burning incense are also depicted as well as head rests and necklaces worn by priests.