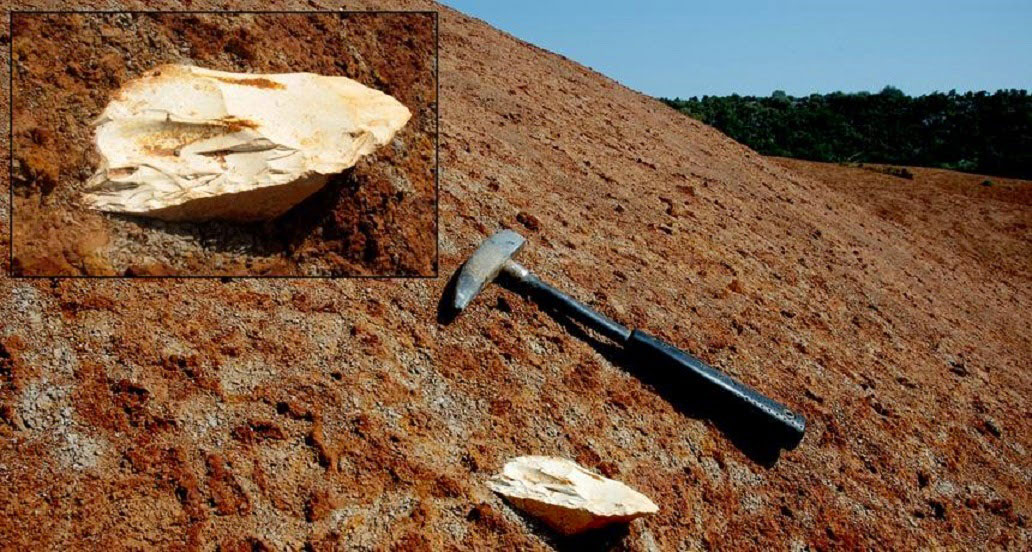 Greece has long been known as a bastion of research into a civilization that gave birth to democracy 2,500 years ago. Now, is also becomes a key player in the study of European Neandertals and ancient human groups that entered Southeast Europe from Homo sapiens’ African birthplace.

According to paleontologist Vangelis Tourloukis of Eberhard Karls Universität Tübingen in Germany stone implements from a higher sediment layer at a site known as Kokkinopilos, a site of terra rossa deposits (municipality of Olympos, Greece) date back to about 206,000 years ago, while implements from a higher sediment layer date to about 172,000 years ago. The announcement was made during the 84th annual meeting of the American Association of Physical Anthropologists, which took place on March 25-28, 2015, in St. Louis.

The site of Kokkinopilos has been stimulating controversy ever since being excavated in 1962 by E.S. Higgs. An abundance of Palaeolithic and Bronze Age findings have come to light during surface surveys at the site. However early research raised claims for stratigraphically in situ artifacts, later scholars considered the material of low archaeological value, a theory that was soon to be challenged again by the discovery of in situ artifacts, including handaxes.