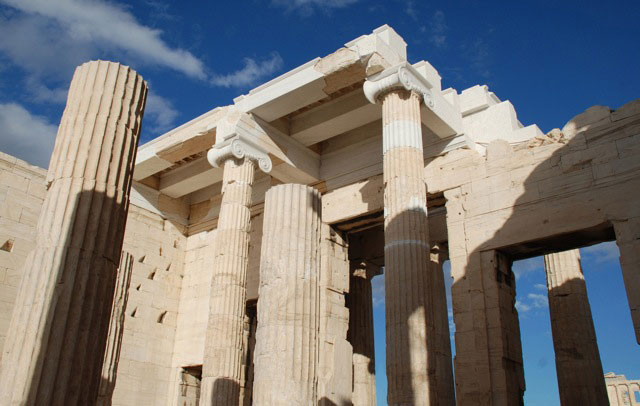 Photo caption
News: Seminar at the British School at Athens

The Architecture of the Propylaea

On Monday, April 20, Dr Tasos Tanoulas (Ministry of Culture, Education & Religious Affairs) will give a lecture on “The Architecture of the Propylaea” and the new information gained during the restoration works. The lecture is organised by the British School at Athens, in the framework of the Upper House Seminar series.

Since the beginning of the restoration project of the Propylaea, a new exhaustive investigation of the architectural and archival material was carried out, as Dr Tanoulas explains in the abstract of his presentation. The structural history has been thoroughly studied, from its erection to the present; all the vestiges and marks on the original architectural material were interpreted and used for the benefit of the scientific correctness of the intervention.

This presentation will be a concise chronicle of the Propylaea restoration project, focusing especially on the information gained as far as it concerns structure, design, building procedure and history of the Propylaea and the structures closely related to the Mnesiklean building.