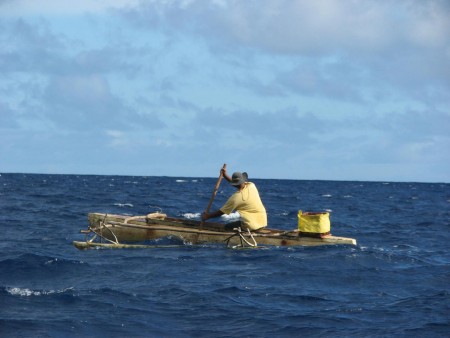 A canoeist paddles between the islands of Vava'u, Tonga. A new University of Utah study uses mathematical modeling to get a better idea of the strategies employed by early seafarers when they used outrigger canoes to settle the islands of the vast Pacific Ocean between 3,500 and 900 years ago. Credit Adrian Bell, University of Utah
- +
Listen by Archaeology Newsroom
22 04 '15 09:10

Calculating how the Pacific was settled