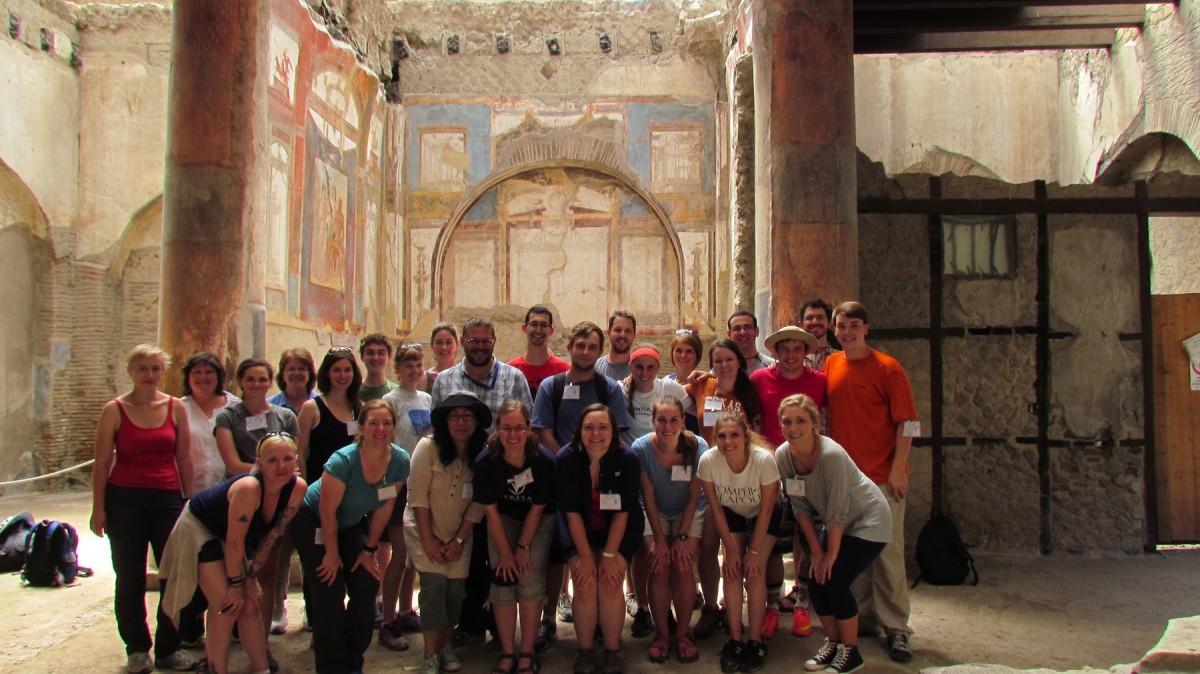 The Ancient Graffiti Project (ancientgraffiti.wlu.edu) aims to make the first-century AD handwritten inscriptions from ancient Pompeii and Herculaneum accessible to a wide audience, both for scholarly research and for public interest. Approximately 7000 messages were written on the walls of these two towns, which were destroyed by the catastrophic eruption of nearby Mt. Vesuvius in the year AD 79. The depth of volcanic debris that buried these towns preserved fragile material, such as the wall-plaster that decorated buildings and featured these writings.

The first field season was held last summer on-site in Herculaneum with a thirty-member team of professors, post-doctoral fellows, graduate students, and undergraduates. The first step was to locate, record and fully document those handwritten wall-inscriptions that were still extant in-situ. During this academic year, the Ancient Graffiti Project team has been working steadily to bring those inscriptions online. This summer the project will expand by focusing on digitizing and studying the Greek graffiti of Pompeii and Herculaneum. The workshop will provide epigraphic and digital training so that participants can analyze and learn to work with ancient Greek graffiti, in addition to contributing to multiple digital humanities initiatives including the Epigraphic Database Roma and EAGLE, the Europeana Network of Greek and Latin Epigraphy. Discussions will also cover the archaeological and social context of this type of writing, which was popular in the early Empire but has survived in a limited number of locations due to its ephemeral medium. The interdisciplinary nature of this material provides perspective onto the ancient house, social networks, and the realities of spoken versus written language.

There are a few available spots for graduate students or professors to join the team for the workshop, as well as a limited number of opportunities for virtual participation in the workshop via live video-streaming.

If you are interested in attending the workshop this summer, in person or virtually, please visit ancientgraffiti.wlu.edu/news to apply. Questions? Write Professor Holly Sypniewski, Assistant Director for Digitization, at sypnih-at-millsaps.edu for more information.