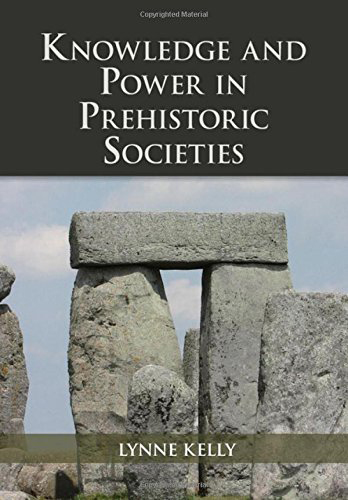 Knowledge and Power in Prehistoric Societies

Lynne Kelly, Knowledge and Power in Prehistoric Societies. Orality, Memory, and the Transmission of Culture, Cambridge University Press, ISBN: 9781107059375. Not yet published – available from July 2015.

In this book, Lynne Kelly explores the role of formal knowledge systems in small-scale oral cultures in both historic and archaeological contexts. In the first part, she examines knowledge systems within historically recorded oral cultures, showing how the link between power and the control of knowledge is established. Analyzing the material mnemonic devices used by documented oral cultures, she demonstrates how early societies maintained a vast corpus of pragmatic information concerning animal behavior, plant properties, navigation, astronomy, genealogies, laws and trade agreements, among other matters. In the second part Kelly turns to the archaeological record of three sites, Chaco Canyon, Poverty Point and Stonehenge, offering new insights into the purpose of the monuments and associated decorated objects. This book demonstrates how an understanding of rational intellect, pragmatic knowledge and mnemonic technologies in prehistoric societies offers a new tool for analysis of monumental structures built by non-literature cultures.

The book offers a new theory for the purpose of Stonehenge and other stone circles in the UK, the great houses of Chaco Canyon in New Mexico, and the mound-building site of Poverty Point in Louisiana, in a way which applies to many other sites around the world. Further, it identifies objects which have to date defied interpretation as memory aids, such as the Scottish carved stone balls. Last but not least it explains the complex memory methods and physical memory aids used by oral cultures who are totally dependent on their memories to store all the practical information on which their survival depends.

Lynne Kelly, La Trobe UniversityLynne Kelly is an Honorary Research Associate in the Department of Arts, Communication and Critical Enquiry at La Trobe University, Melbourne. She is the author of ten books on education, one novel and three popular science titles. Kelly is interested in the question of how non-literate cultures memorise so much about their environment in the absence of writing, which has led her to research the mnemonic technologies of oral cultures.