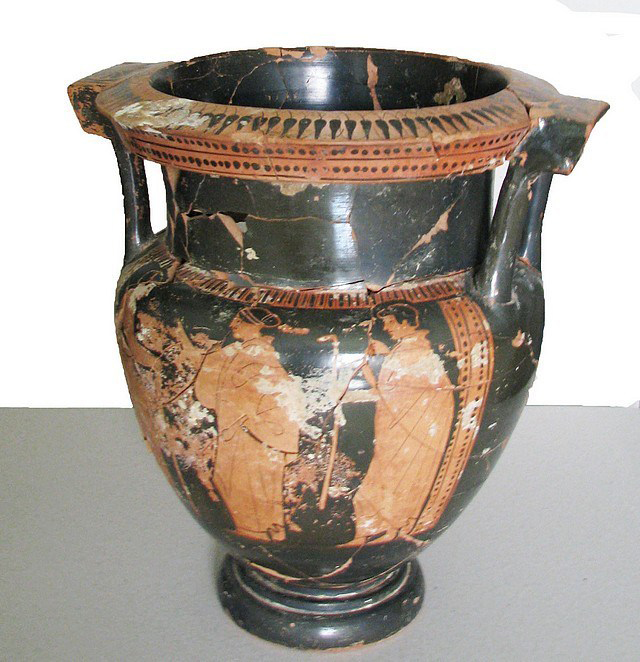 The vessel dates to the 5th c. BC

A rare Thracian krater was found by the Bulgarian police in the car of a 33-year-old man accused for treasure hunting in the town of Susam (Haskovo District). The police seized the ancient artefact, which dates to the 5th c. BC. The man was arrested.

The krater features a ritual scene from the ancient Greek and Thracian mythology.

Archaeologists said that the baked clay has been cracked and an attempt of restoration seems to have been made.  Regardless of its preservation condition, however, the krater is still of grate value.

The vessel is thought to come from the tomb of a Thracian aristocrat.