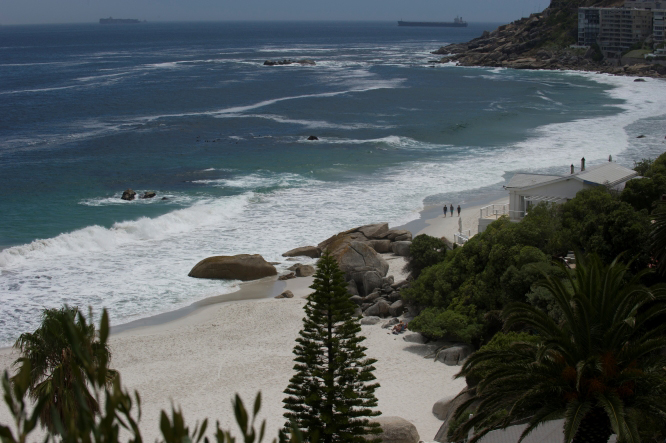 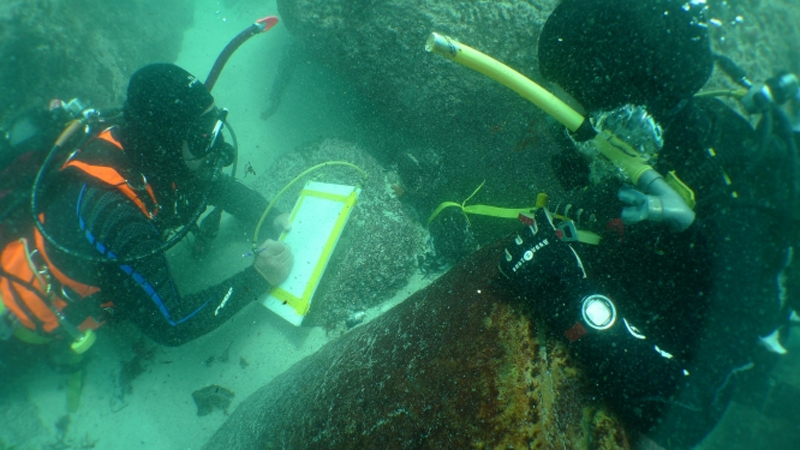 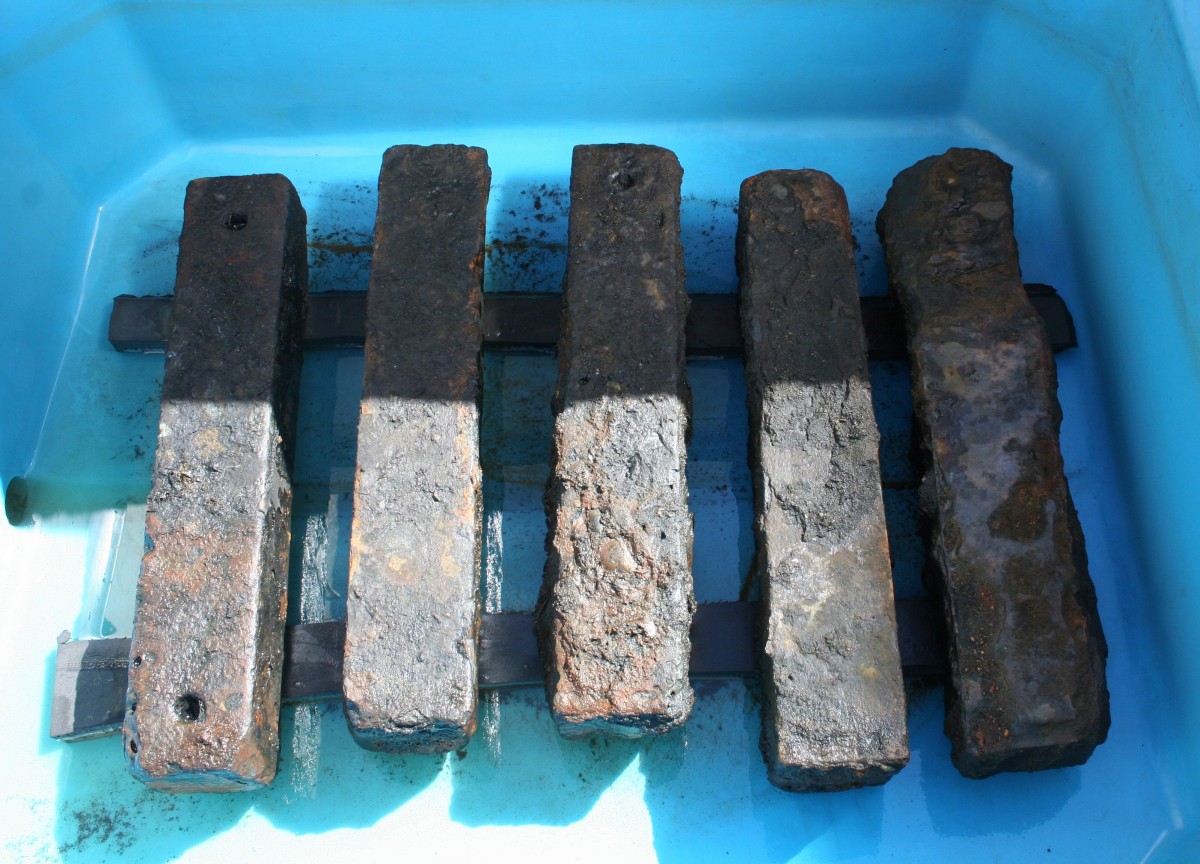 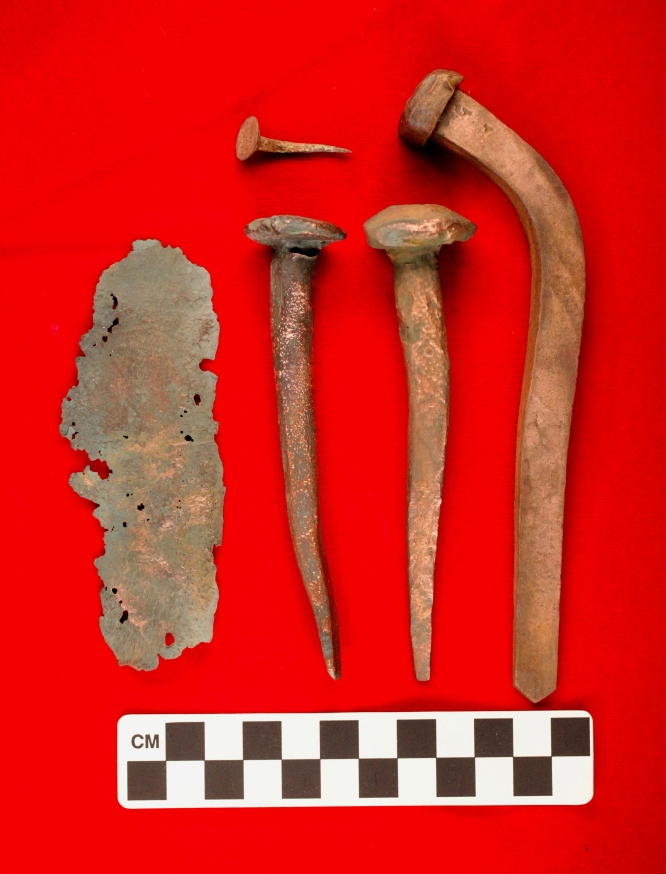 Objects from the São José slave ship go on loan

to the National Museum of African American History and Culture

Objects from a slave ship that sank off the coast of Cape Town in 1794 will be on long-term loan to the Smithsonian’s National Museum of African American History and Culture (NMAAHC).

The discovery of the ship marks a milestone in the study of the trans-Atlantic slave trade and showcases the results of the Slave Wrecks Project, a unique global partnership among museums and research institutions, including NMAAHC and six partners in the U.S. and Africa.

Objects from the shipwreck—iron ballast to weigh down the ship and its human cargo and a wooden pulley block—were retrieved this year from the wreck site of the São José-Paquete de Africa, a Portuguese slave ship that sank off the coast of Cape Town on its way to Brazil while carrying more than 400 enslaved Africans from Mozambique.

“Perhaps the single greatest symbol of the trans-Atlantic slave trade is the ships that carried millions of captive Africans across the Atlantic never to return,” said Lonnie G. Bunch III, founding director of NMAAHC. “This discovery is significant because there has never been archaeological documentation of a vessel that foundered and was lost while carrying a cargo of enslaved persons. The São José is all the more significant because it represents one of the earliest attempts to bring East Africans into the trans-Atlantic slave trade—a shift that played a major role in prolonging that tragic trade for decades.”

The São José’s voyage was one of the earliest in the trans-Atlantic slave trade from East Africa to the Americas, which continued well into the 19th century. More than 400,000 East Africans are estimated to have made the Mozambique-to-Brazil journey between 1800 and 1865. The ship’s crew and some of the more than 400 enslaved on board were rescued after the ship ran into submerged rocks about 100 meters (328 feet) from shore. Tragically, more than half of the enslaved people perished in the violent waves. The remainder were resold into slavery in the Western Cape.

The São José wreck site is located between two reefs, a location that creates a difficult environment to work in because it is prone to strong swells creating challenging conditions for the archaeologists. To date, only a small percentage of the site has been excavated; fully exploring the site will take time.

Even the smallest artifact gives a clue into the shipwreck’s story:

1980s: Local amateur treasure hunters discovered a wreck near Cape Town and mistakenly identified it as the wreck of an earlier Dutch vessel. They applied for a permit under the legislation of the time and had to report their findings.

2008–2009: The Slave Wrecks Project (SWP) staff identified the São José as a target for location in its pilot project.

2010–2011: Jaco Boshoff, the co-originator of SWP, served as lead archaeologist for Iziko and primary investigator for the São José project. He discovered the captain’s account of the wrecking of the São José in the Cape archives. New interest was developed on the site. Copper fastenings and copper sheathing indicated a wreck of a later period, and iron ballast—often found on slave ships and other ships as a means of stabilizing the vessel—was found on the wreck.

2012–2013: SWP uncovered an archival document in Portugal stating that the São José had loaded iron ballast before she departed for Mozambique, further confirming the site as the São José wreck. Archaeological documentation of the wreck site began in 2013.

2014–2015: Some of the first artifacts are brought above water through a targeted retrieval process according to the best archaeological and preservation practices. Using CT scan technology because of the fragility of the site, the SWP identified the remains of shackles on the wreck site, a difficult undertaking because of extreme iron corrosion. Archival research locates a document in which a slave is noted as sold by a local sheikh to the São José’s captain before its departure, definitively identifying Mozambique Island as the port of departure for the slaving voyage. Archival and archaeological prospecting work was launched in Mozambique and Brazil in order to identify sites related to the São José story for future research.

2015–ongoing: Full archaeological documentation and retrieval of select items to help to tell of the São José wreck site continue; the search for descendant communities of Mozambicans from the wreck also continues.

A selection of artifacts retrieved from the São José wreck will be loaned by Iziko Museums and the South African government for display in an inaugural exhibition titled “Slavery and Freedom” at NMAAHC, opening fall 2016. Iziko Museums also plans an exhibition.