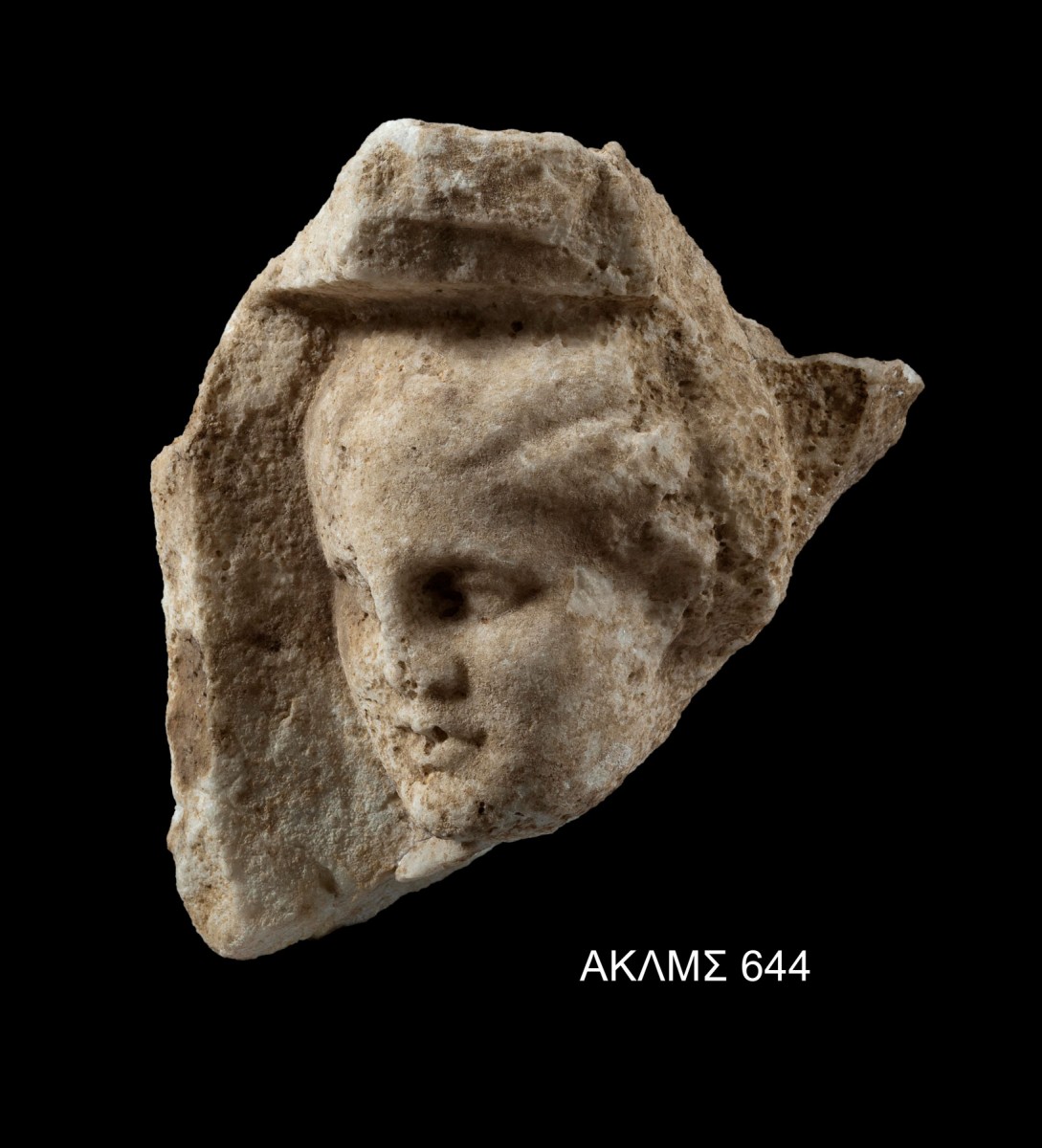 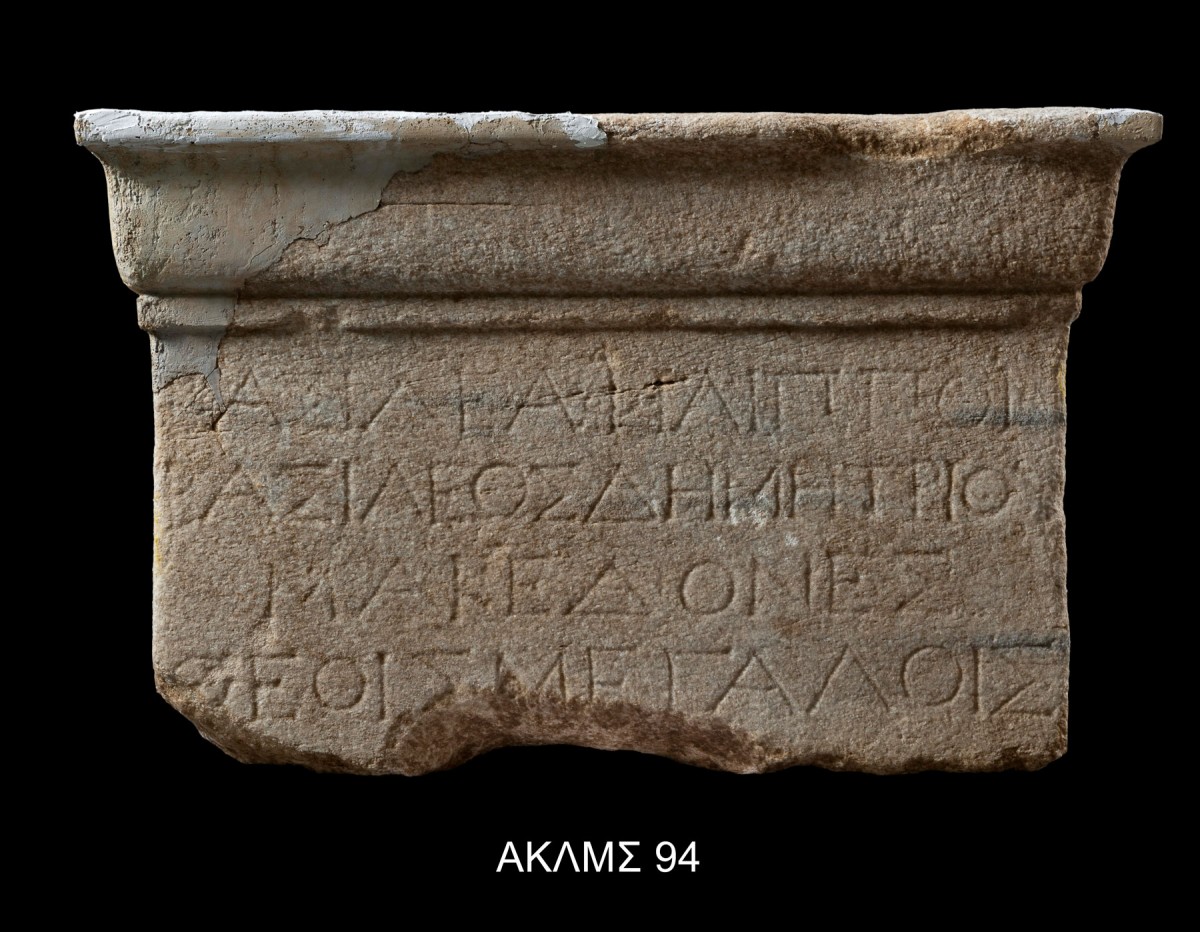 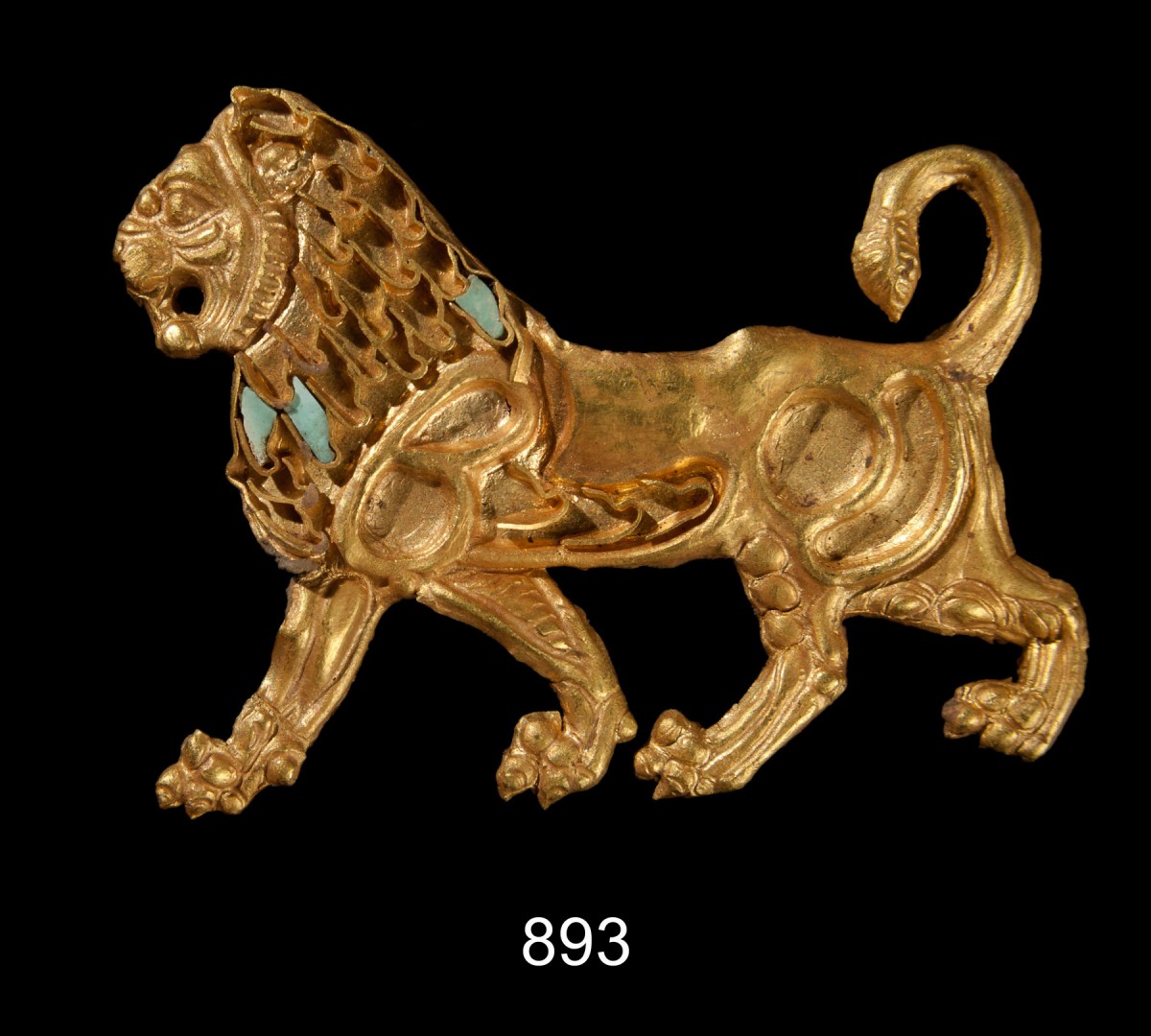 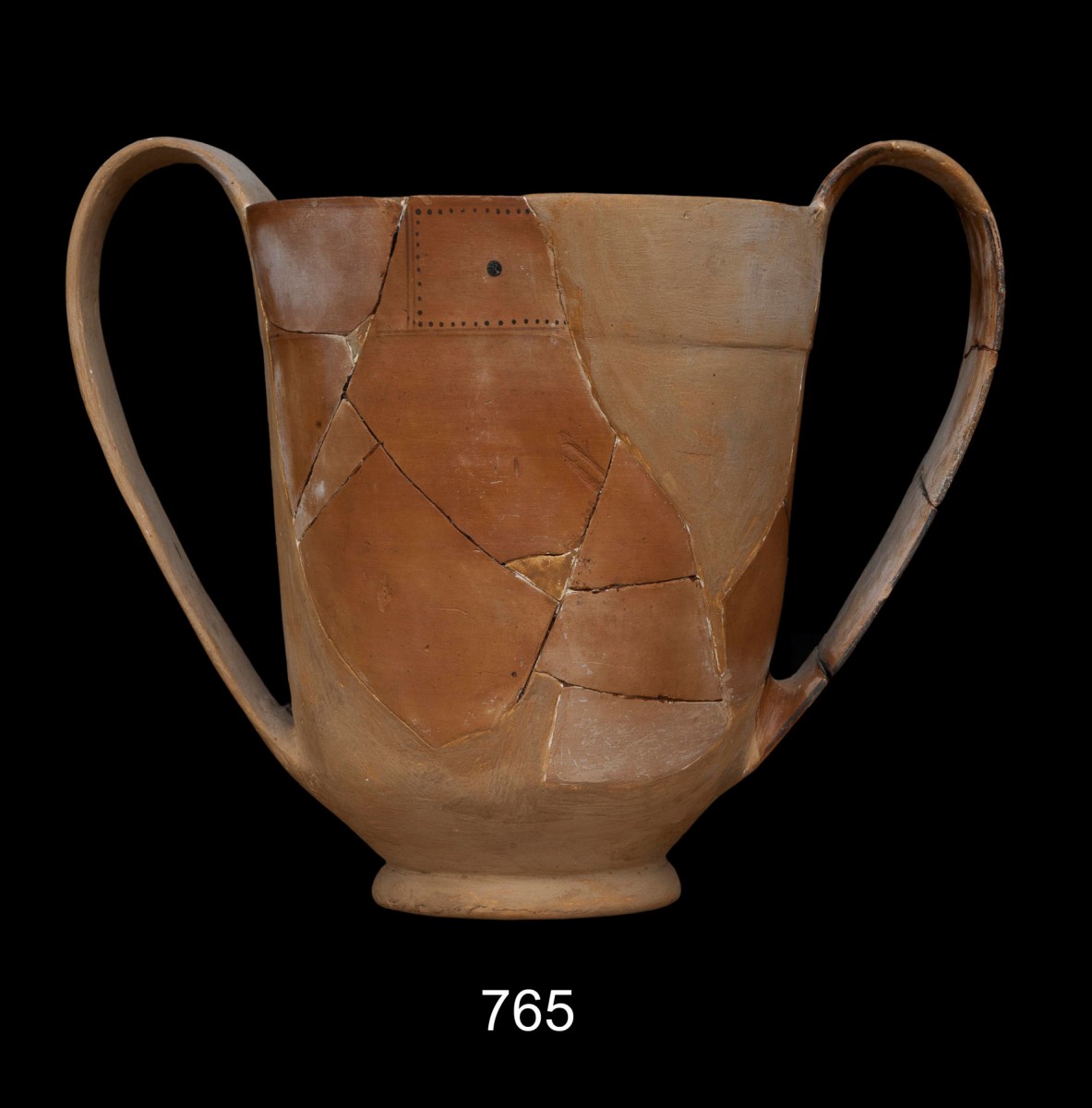 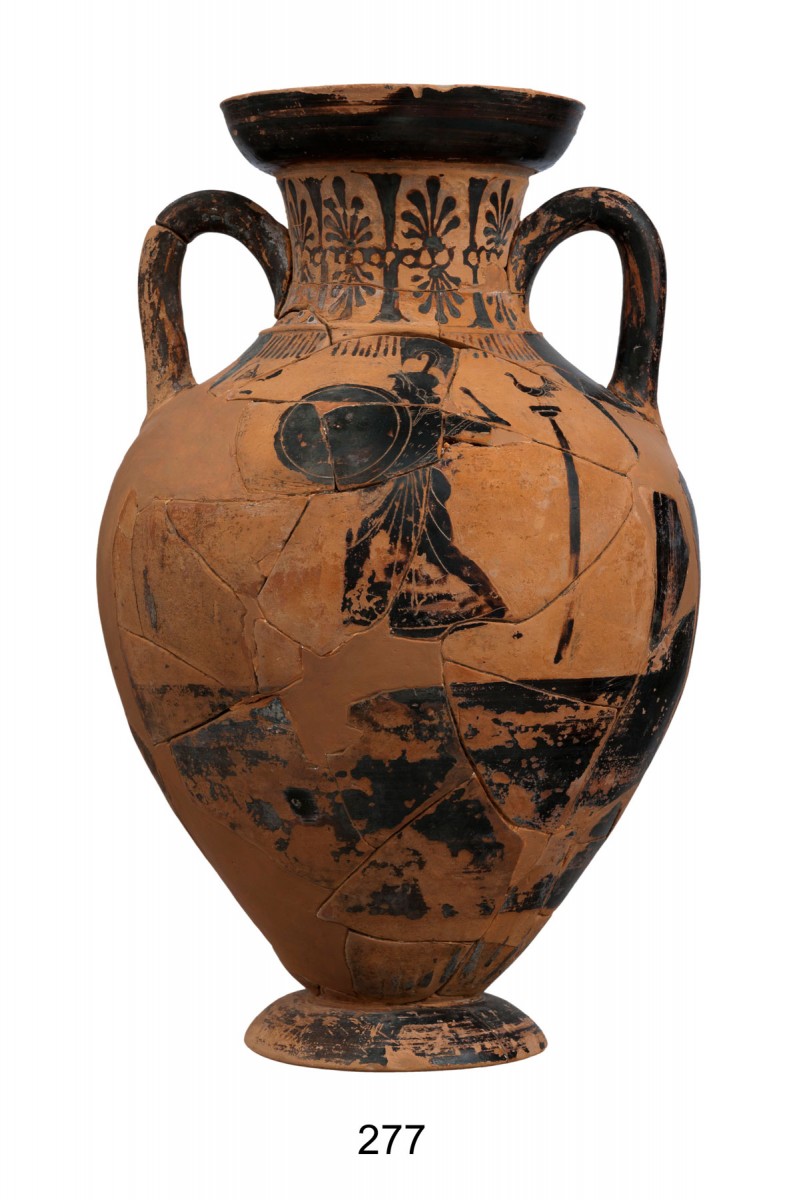 Samothrace: The Mysteries of the Great Gods

“Samothrace: The Mysteries of the Great Gods” opens on Saturday, June 20, in the Acropolis Museum of Athens. The exhibition will run through September 30, 2015.

“In our country we have the advantage that most of the exhibitions presented in museums can be related to archaeological sites and excavations. Moreover, the history of the discovery and preservation of antiquities enriches our knowledge and allow for a better interpretation of the exhibits”, the museum’s Board of Directors President, Dimitris Pandermalis stressed in a Press Conference about the exhibition.

The relationship between the ancient Greeks and their gods was well known and existed publicly in daily life. However, from very early times, mystery cults began to emerge that were accessible only to those who had been accepted into the rites following certain trials. The most famous ‘Mysteries’ in antiquity were those of Eleusis and Samothrace.

The strict prohibition against insiders ever divulging the contents of the sacraments has not allowed much information to be gleaned about the ancient mysteries. Archaeological excavations in the Sanctuary at Samothrace, however, have brought to light buildings and paraphernalia belonging to the cult that allow us to form an impression of events.

“Insiders believed that by invoking the Great Gods they would be saved from any serious dangers at sea and, as members of the Mysteries, they would become more just and pious people. The rituals were held at night, the Sanctuary illuminated with torches, during which initiates had to participate in a purification ceremony, to confess their greatest sins, to attend the sacred narrative speech that included mythological stories, to wear the wide, purple sash around their waists and to witness the unveiling of sacred symbols.

As an introduction to the Mysteries of Samothrace, an assortment of finds has been selected from the site of Mikro Vouni, located a few kilometers southwest of the sanctuary, where excavations have revealed a settlement with an organized social structure of the 2nd millennium BC. Of particular importance are the Minoan stamp seals and seal impressions with representations of a double ax and fish, which have counterparts at Knossos. Perhaps the ancient tradition that gave rise to the Mysteries originated in prehistoric Crete and from there spread to other places, where it became the basis for subsequent historical developments.

The arrangement of the exhibition within the gallery is inspired by two circular constructions in the sanctuary. The first is the Theatral Circle with tiers for standing spectators, an altar in the center and pedestals around the periphery for statues from which survive many examples of bronze eyelashes. In this place was also discovered the golden lion of Persian origin, which once adorned a garment or object.

The second circular building that plays an inspirational role in the design of the exhibition is the Rotunda of Arsinoe II who dedicated it to the Great Gods between 288 and 270 BC. This construction has display cases that accommodate most of the exhibits. Shown in a drawing is the architectural detail of the curving wall of the tholos, featuring altars decorated with libation bowls and bull’s heads between Corinthian-style columns.

Objects exhibited from Arsinoe’s building include a large horseshoe-shaped tile belonging to the conical roof, a sima with a lion’s head and a palmette antefix. From the building’s fill drinking vessels, food dishes and lamps are also presented. The Arsinoeion was used for official gatherings of the initiates to the Sanctuary of the Great Gods. A circular building resembling the Tholos of Arsinoe II, whose entrance is flanked by enormous torches, is depicted in two relief sculptures of the 1st century BC.

A second section of exhibits comes from the Hall of Choral Dancers. In a pit beneath the floor, archaeologists discovered drinking vessels of the 7th century BC. These are among the sanctuary’s oldest sacred utensils. From the Building of the Dancers are displayed coffer panels decorated with reliefs in Skopas-inspired style, part of a column capital with palmettes, a lion’s-head gutter, a support for a marble bench and four sections of a frieze with archaistic dancers depicted in relief. The building, interpreted as a ritual space, was offered as a gift by Philipp II, King of Macedonia, who met his future wife Olympias at the Samothrace Mysteries.

The third group of exhibits relates to the building known as the Hieron, in which the final phase of the secret rites is believed to have been held: a test accompanied by the revealing of sacred symbols. Today, this building is said to have been the main temple of the Sanctuary of the Great Gods. It had benches lining its interior walls. From the akroteria that once decorated the temple’s pediments, the central palmette is presented here as well as the statue of Nike from one corner.

In the west, the Sanctuary of the Great Gods was enclosed by a stoa 104 m in length, on whose walls were engraved the names of initiates, while in the east a bronze statue of Philip V stood on a Doric column. On its pedestal, displayed in the exhibition, the carved inscription reads: King Philip / [Son] of King Demetrios / Macedonians / to the Great Gods. Inscriptions with the names of envoys and initiates were probably also posted in the stoa. The exhibition features a catalogue of envoys from Kos, Vargylia and Clazomenae (2nd cent. BC), as well as catalogues of initiates from Chios and Rome (2nd cent. BC), the Thessalian People (2nd cent. BC), Rome and Catania (100 BC), Thessaloniki and Heraclea Strymonis (2nd/3rd cent. AD) and Thasos and Philippi (2nd/3rd cent. AD).

The last major section of the exhibition features archaeological discoveries from the necropolis of Samothrace: a series of black-figure vases including a Panathenaic amphora of 525 BC, ceramic figurines, earrings, rings and sheets of gold.

A notable individual display is the inscribed pillar with the prohibition against anyone entering the sanctuary who has not been initiated: ‘Αμύητον μη εισιέναι’ and in Latin: ‘Deorum sacra qui non acceperunt non intrant’.