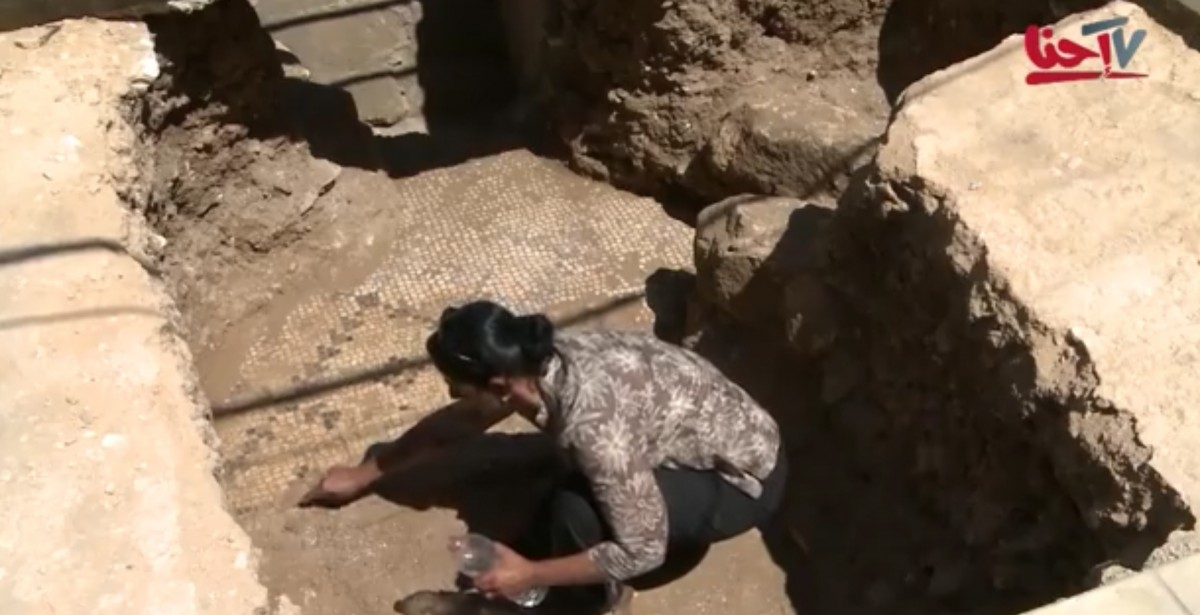 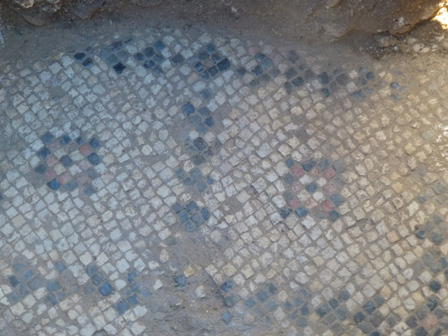 At the Greek Orthodox Church of the Annunciation

A mosaic floor that appears to be from one of the earliest churches in the history of Christianity was uncovered recently in Nazareth, Israel, at the Church of the Annunciation (Greek Orthodox) by a team of archaeologists led by Professor Richard Freund and Adjunct Professor Maha Darawsha of the University of Hartford and Professor Shalom Yanklovitz of Haifa University.

The Church of the Annunciation (Greek Orthodox) is seen by Christians worldwide as a shrine of great significance dating back to the origins of what became Christianity.

According to an ancient tradition, the Angel Gabriel “announced” the forthcoming birth of Jesus at a spring or well that Mary was visiting to get water. It became the place where the Greek Orthodox located their church in the Byzantine period.  The church was destroyed multiple times and rebuilt in the pre-modern period.

The unearthed mosaic is approximately six feet below the present church level. “The mosaic floor is beautifully decorated with multiple stylized crosses and iconography,” Freund said. The floor was uncovered as a result of ground penetrating radar and electrical resistivity studies sponsored by the University of Hartford.

The mosaic is thought to have been created in the fourth century, when Queen Helena, mother of Constantine the Great, came to the Holy Land to establish Christian pilgrim sites for the new religion of Rome.

For the past 14 years, Freund and the University of Hartford Nazareth Excavations have been working in this area, on the Mary’s Well and Bathhouse Project, the Church of the Annunciation (Greek Orthodox) and Mary’s Cave, on behalf of the Greek Orthodox Church and the Arab Orthodox Council and the Israeli Antiquities Authority. The work has tracked remains from the Roman period from the well area, and the Byzantine and Crusader remains to the modern period.

Freund, who is the Director of the Maurice Greenberg Center for Judaic Studies and Greenberg Professor of Jewish History at the University of Hartford, notes that “the Bishop and the entire Greek Orthodox community is very excited by the discovery of the ancient mosaic. The church is already preparing the site for pilgrims and visitors. They are putting in glass viewing stations [through which one] will be able to see the mosaic beneath.”