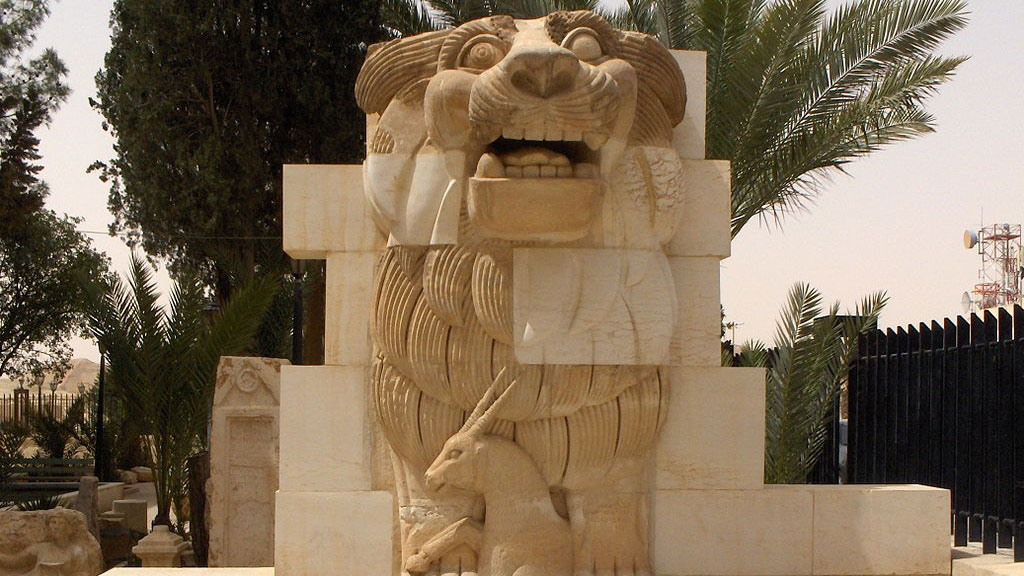 ISIS destroys the Lion of Allat in Palmyra

ISIS militants destroyed the famous statue of the Lion of Allat in Palmyra. Syrian antiquities director characterised the act as a serious crime against world heritage site while UNESCO once against condemned the “culture cleansing” being carried out by Islamic State jihadists and called for a campaign against it.

The lion statue from the 1st cent. BC/1st cent. AD Temple of Allat was discovered in 1977 by a Polish archaeological expedition directed by Prof. M. Gawlikowski. It was found in pieces, reused already in Antiquity in a foundation erected in the temple courtyard. Upon discovery, it was decided to remount the fragments in front of the entrance to the site museum in Palmyra. The task was undertaken by restorer Józef Gazy, who was just finishing work on the restoration of the statue of Athena.

Though the statue had been covered with a metal plate and sandbags to protect it from fighting “but we never imagined that IS would come to the town to destroy it,” the country’s antiquities director Maamoun Abdelkarim said.

On Thursday ISIS released photos showing its members in Aleppo destroying several statues from Palmyra that were being smuggled through the northern province.

“An IS checkpoint in [the] Wilyat [region of] Aleppo arrested a person transporting several statues from Palmyra,” the group said in an online statement. “The guilty party was taken to an Islamic court in the town of Minbej, where it was decided that the trafficker would be punished and the statues destroyed.”

Abdelkarim said the busts “appear to be eight statues stolen from the tombs in Palmyra.”

“The destruction is worse than the theft because they cannot be recovered.”

ISIS’s harsh version of Islam considers statues and grave markers to be idolatrous, and the group has destroyed antiquities and heritage sites in territory under its control in Syria and Iraq.

On Wednesday the head of the UN cultural organisation called for a campaign against the “culture cleansing” being carried out by Islamic State jihadists. “Extremists don’t destroy heritage as a collateral damage, they target it systematically to strike societies at their core,” Irina Bokova said in a speech at the Chatham House think tank in London. “This strategy seeks to destroy identities by eliminating heritage and cultural markers,” she said. “I think the growing awareness that hard power will not be enough to defeat violent extremism is gaining ground. We need also soft power,” Bokova said. “Culture should be part of our response to violent extremism,” she said. UNESCO is currently meeting in Bonn in Germany for its 39th committee session until July 8. The organisation has launched a campaign entitled “Unite4Heritage” to defend historical sites under threat from jihadists and counter militant propaganda.