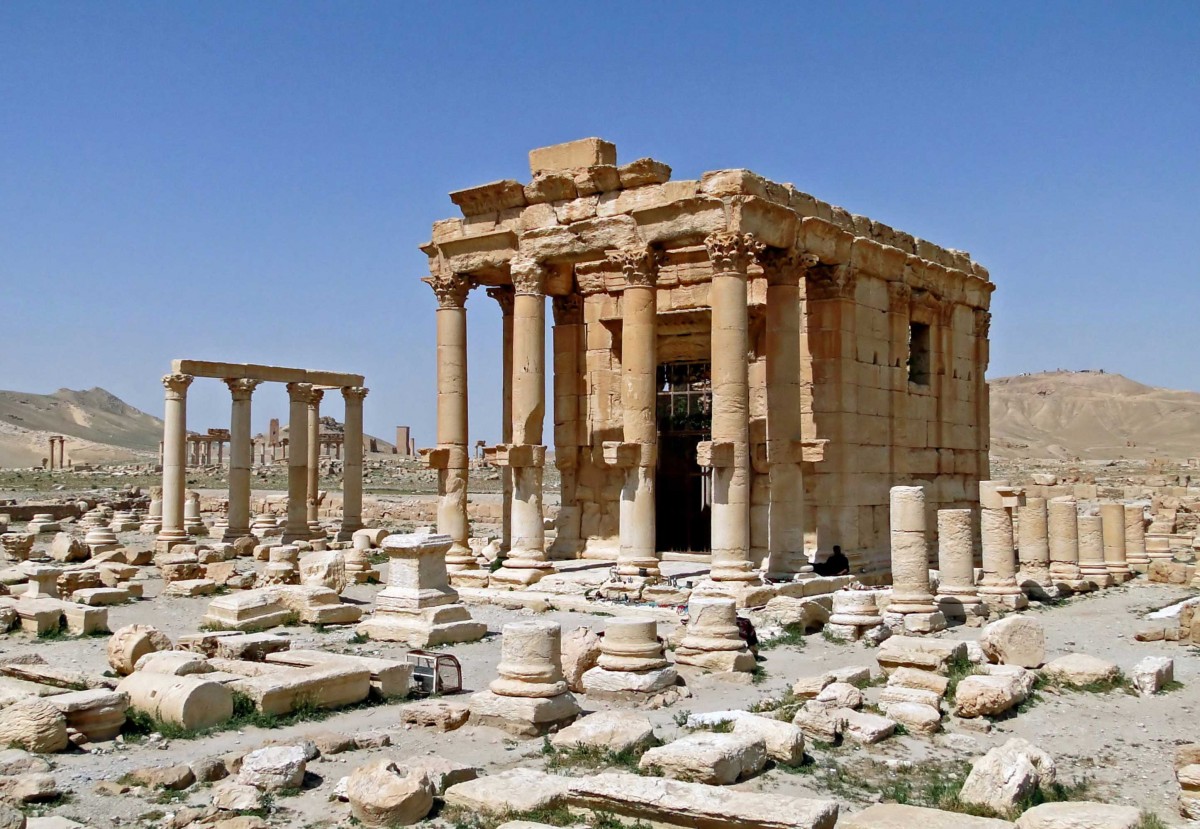 According to Syrian official

“Daesh placed a large quantity of explosives in the temple of Baal Shamin … and then blew it up causing much damage to the temple,” said Syria’s Antiquities chief, Maamoun Abdulkarim, using another name for Isis.

“The [inner area of the temple] was destroyed and the columns around collapsed,” Abdulkarim said.

The Syrian Observatory for Human Rights has confirmed the destruction of the temple.

Built in 17 AD, the Temple of Baal Shamin was expanded under the reign of Hadrian in 130 AD.

Palmyra, or Pearl of the Desert, is a UNSECO World Heritage site, which was captured by Isis on May 21, 2015.

According to UNESCO description, Palmyra “contains the monumental ruins of a great city that was one of the most important cultural centres of the ancient world. From the 1st to the 2nd century, the art and architecture of Palmyra, standing at the crossroads of several civilizations, married Graeco-Roman techniques with local traditions and Persian influences.

“First mentioned in the archives of Mari in the 2nd millennium BC, Palmyra was an established caravan oasis when it came under Roman control in the mid-first century AD as part of the Roman province of Syria. It grew steadily in importance as a city on the trade route linking Persia, India and China with the Roman Empire, marking the crossroads of several civilisations in the ancient world. A grand, colonnaded street of 1100 metres’ length forms the monumental axis of the city, which together with secondary colonnaded cross streets links the major public monuments including the Temple of Ba’al, Diocletian’s Camp, the Agora, Theatre, other temples and urban quarters. Architectural ornament including unique examples of funerary sculpture unites the forms of Greco-roman art with indigenous elements and Persian influences in a strongly original style. Outside the city’s walls are remains of a Roman aqueduct and immense necropolises.”