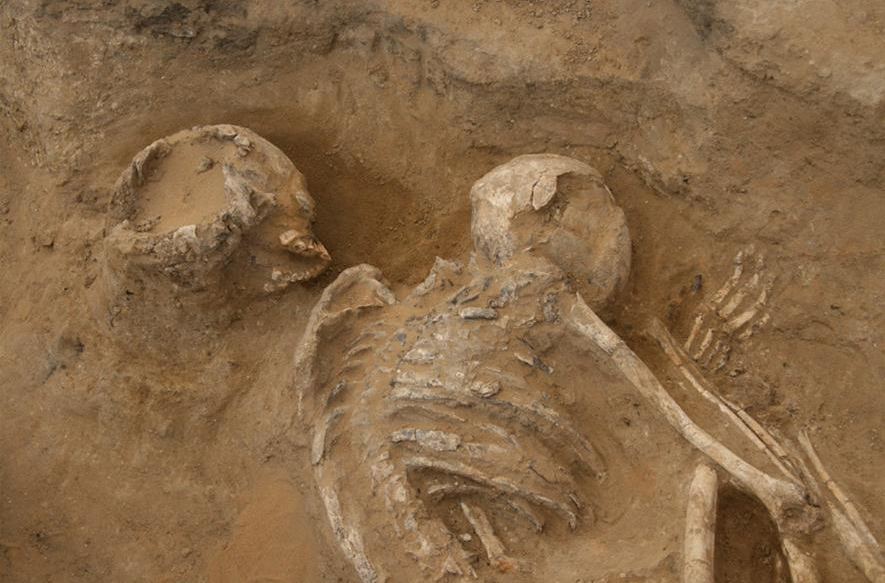 Further part of cemetery was discovered in the Western Desert

Traces of intentional injury in the form of cuts on the femur have been discovered on the remains of one of the dead found during this year’s excavations carried out in the Western Desert in Egypt. It is the first known case of such treatment from the Neolithic period in this part of Africa.

Discovery has been made by the expedition led by Prof. Jacek Kabaciński from the Poznań branch of the Institute of Archaeology and Ethnology PAS. Polish research area in the desert, called Gebel Ramlah, is located near the southern border of Egypt with Sudan, about 140 km west of Abu Simbel. Poles have been working there since 2009 and making important discoveries from the beginning, including an unusual cemetery of newborns.

This year, they discovered a further part of the cemetery and investigated 60 new burials, this time belonging to adults. In the grave marked with number 11, which contained the remains of two dead, one bearing traces of deliberate damage to the body in the form of cuts on the femur – yet such treatments were unknown to scientists who study the Neolithic in North Africa and Eastern Europe. In another grave they discovered the remains of unprecedented in this area tomb structures, consisting of stone slabs which lined the interior of the cavity, in which the deceased had been buried.

Another interesting find, according to Prof. Kabaciński, is also the burial of a man whose body, after the burial, was showered with fragments of broken pottery, stone products and lumps of red dye. The remains of the deceased were also unusual – anthropologists noticed the pathology of numerous bones in the form of overgrowth of femoral bone, fractures and abnormal bone adhesions. Above his head archaeologists found a fragment of Dorcas gazelle skull with horns, which probably served as a headdress, worn during a ceremony. Similar finds known from European Paleolithic and Mesolithic sites suggest that it is a grave of a person who performed magical rites, perhaps associated with hunting – the researchers suggest.

Research project at Gebel Ramlah is carried out as part of the activities of the Combined Prehistoric Expedition IAE PAS, in collaboration with the Centre of Mediterranean Archaeology of University of Warsaw. The work is financed by the National Science Centre.