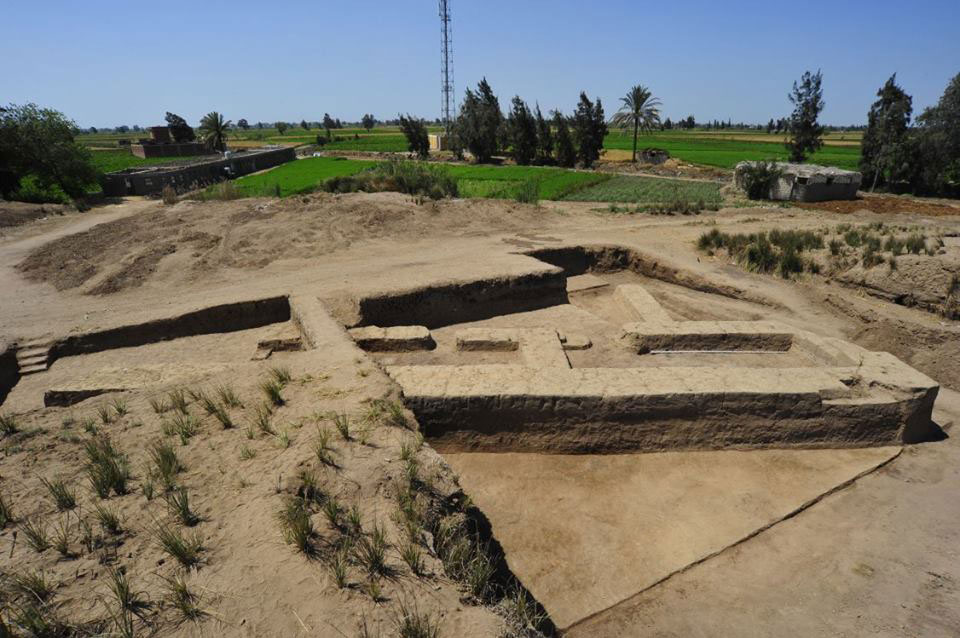 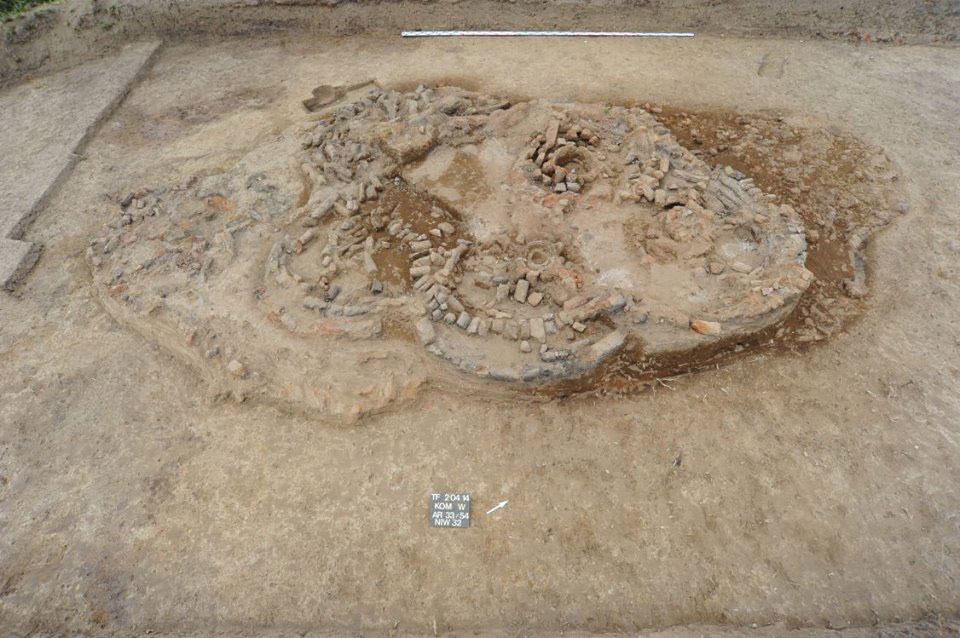 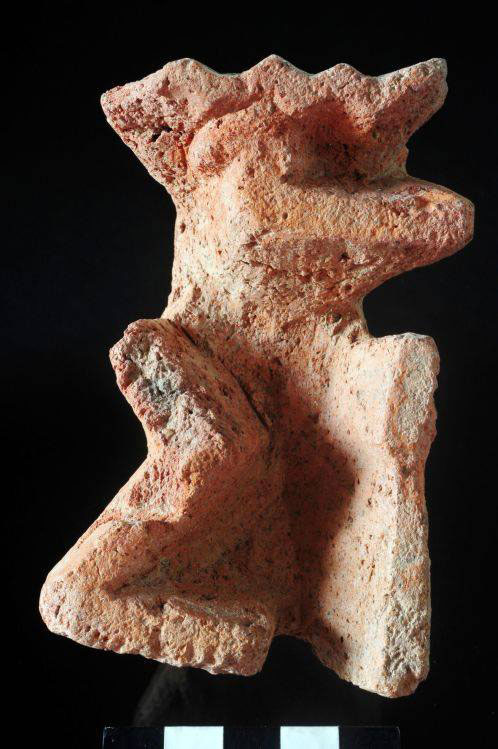 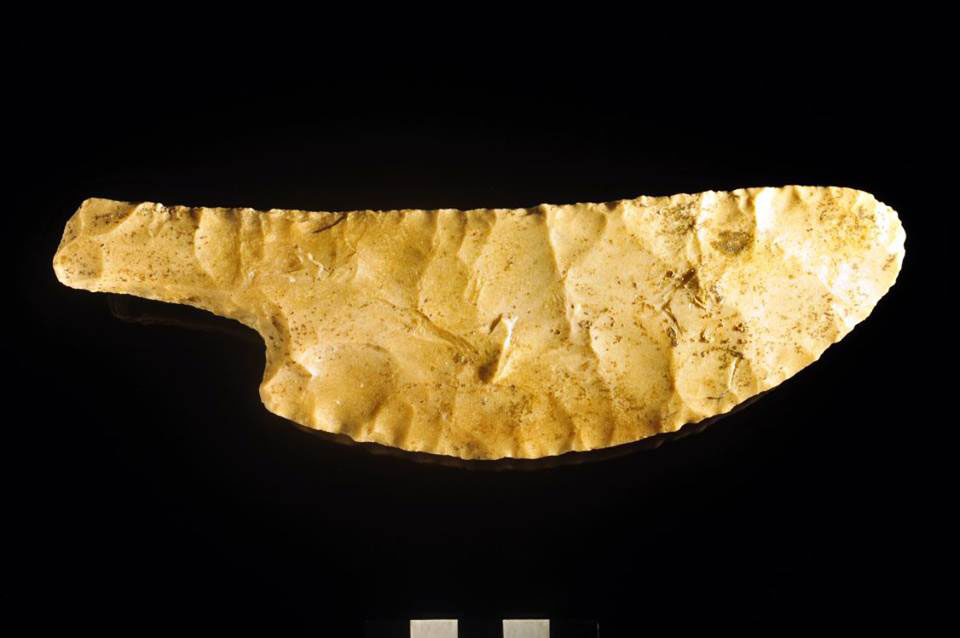 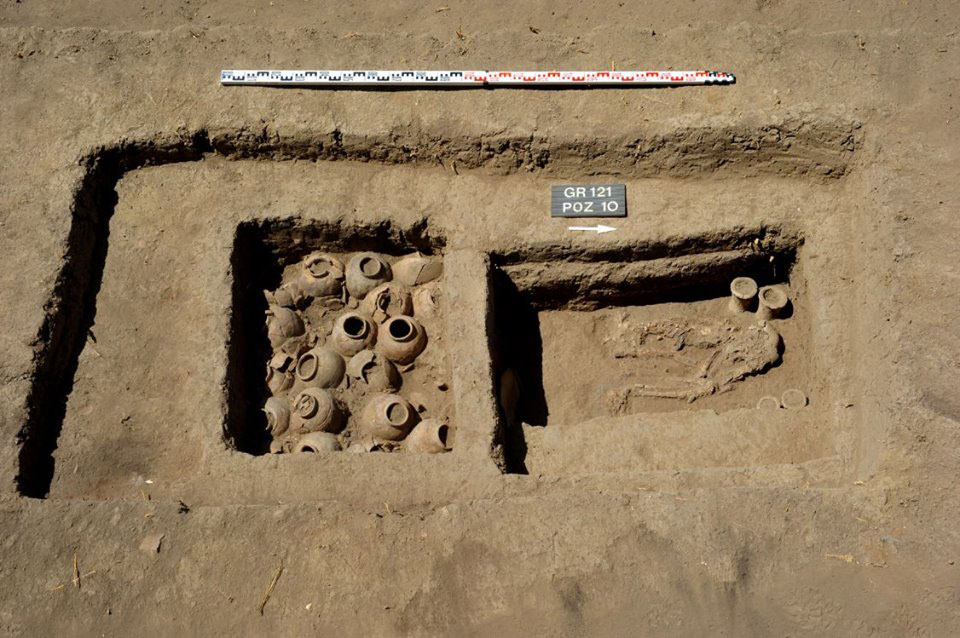 Yielding artefacts and a brewery

The excavations are being conducted by the Polish Mission, having discovered three child burials in poor condition, with head on North.  This year a fourth tomb, the richest one,  was discovered at the site, dating to Naqada IIIC2-IIID.

According to Marek Chlodnicki, head of the Mission, excavations on the Eastern Kom were carried out at the area to the North and East of the big mastaba. Work was focused on the Central Kom, around the remains of two huge buildings explored since 2012. The first one is a rectangular building, with very thick walls and a row of rooms located on the eastern side of a wide courtyard, raised in Naqada IIIA1 times. The second is a rounded structure, located on the north-eastern slope of the kom, built during the second half of the First Dynasty. The rounded structure consists of double adjacent mud-brick walls, each 95 cm thick, with the interior 7 m in diameter. Close to the rounded building a unique ceramic big stamp with hieroglyphs was discovered.

Dr. Mahmoud Afifi, head of the Ancient Egyptian Sector added that the most important discovery are the remains of a brewery with rests of two vats and surrounding them multiple clay burnt fire-dogs.