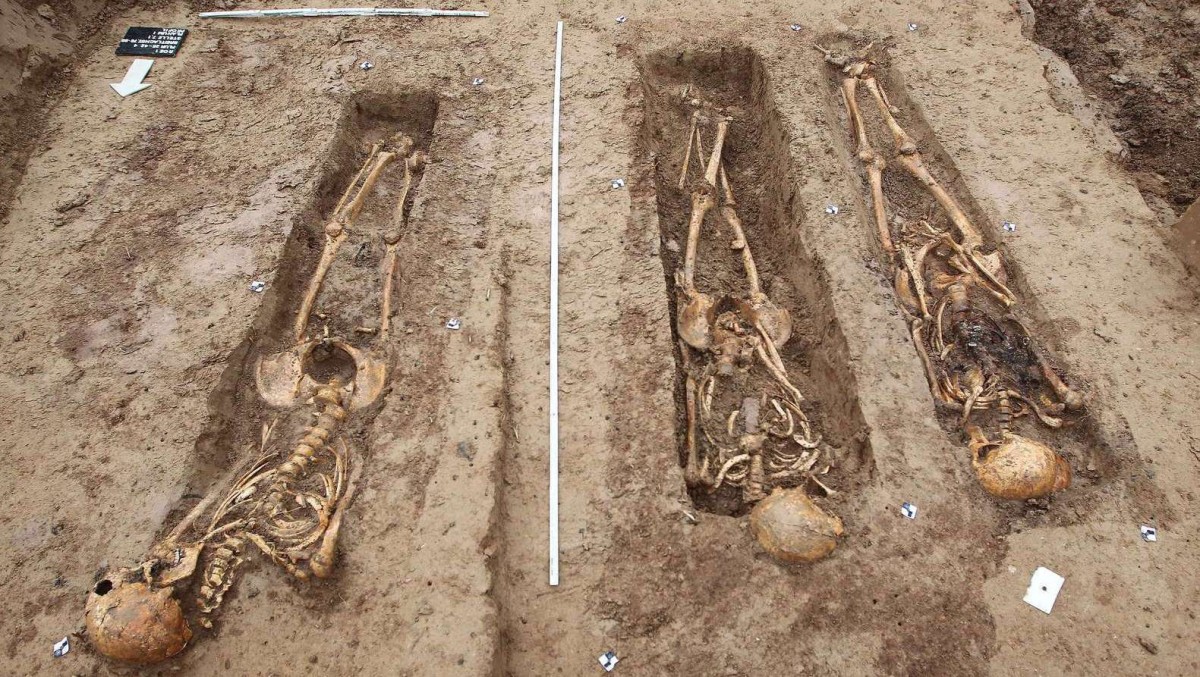 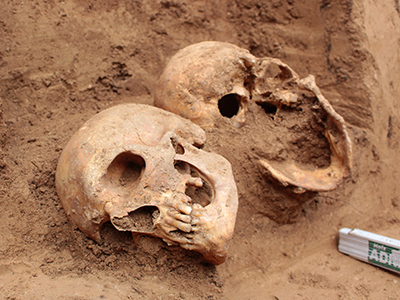 The skeletons of estimated 200 Napoleonic soldiers have been found in Frankfurt, Germany, during construction works.

Buttons found in the graves confirm that the soldiers died in 1813 and, as stated at a press conference on the find, the soldiers belonged to the Great Army in 1813, on their way back from Napoleon’s Russian campaign, although this campaign ended in December 1812.

The soldiers died either from battle wounds or due to a typhus epidemic spread in 1813 in Frankfurt.

The tombs have a north-south orientation, and not an east-west axis, which was common for European Christians of the period.

The soldiers were buried in coffins, and aligned in a row. No grave goods were found in the tombs.

The excavation of all skeletons is expected to take four to six weeks. Up to now, over 30 skeletons have been revealed.