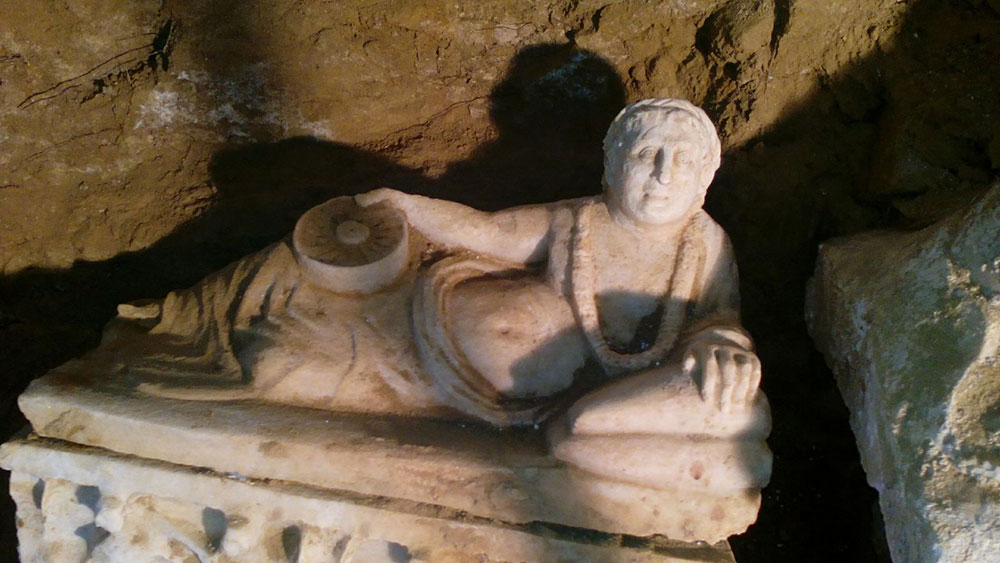 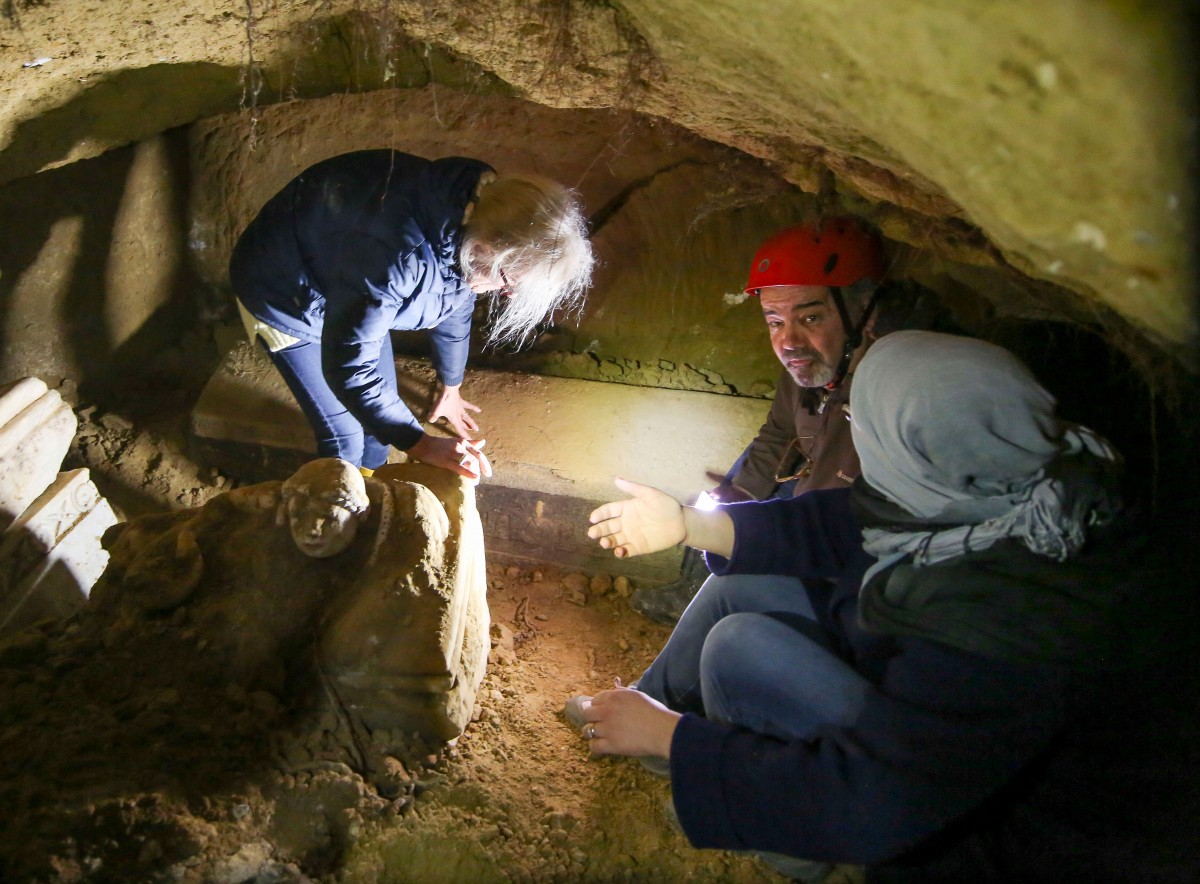 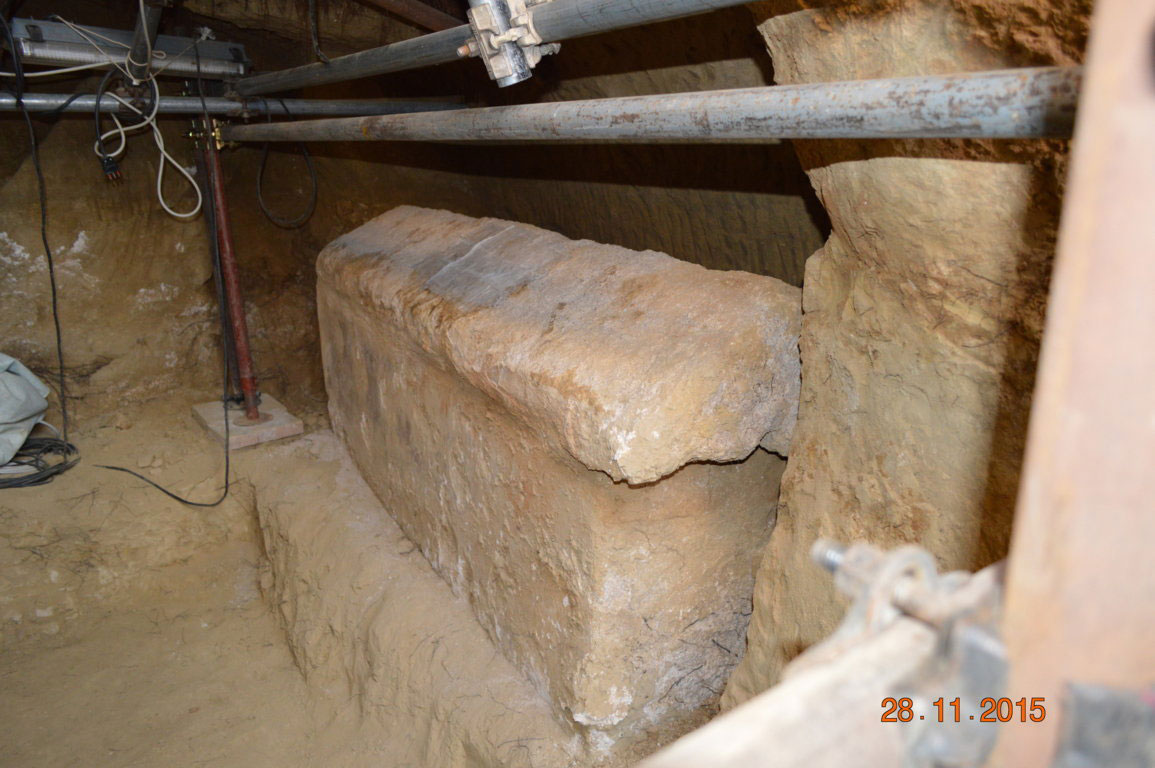 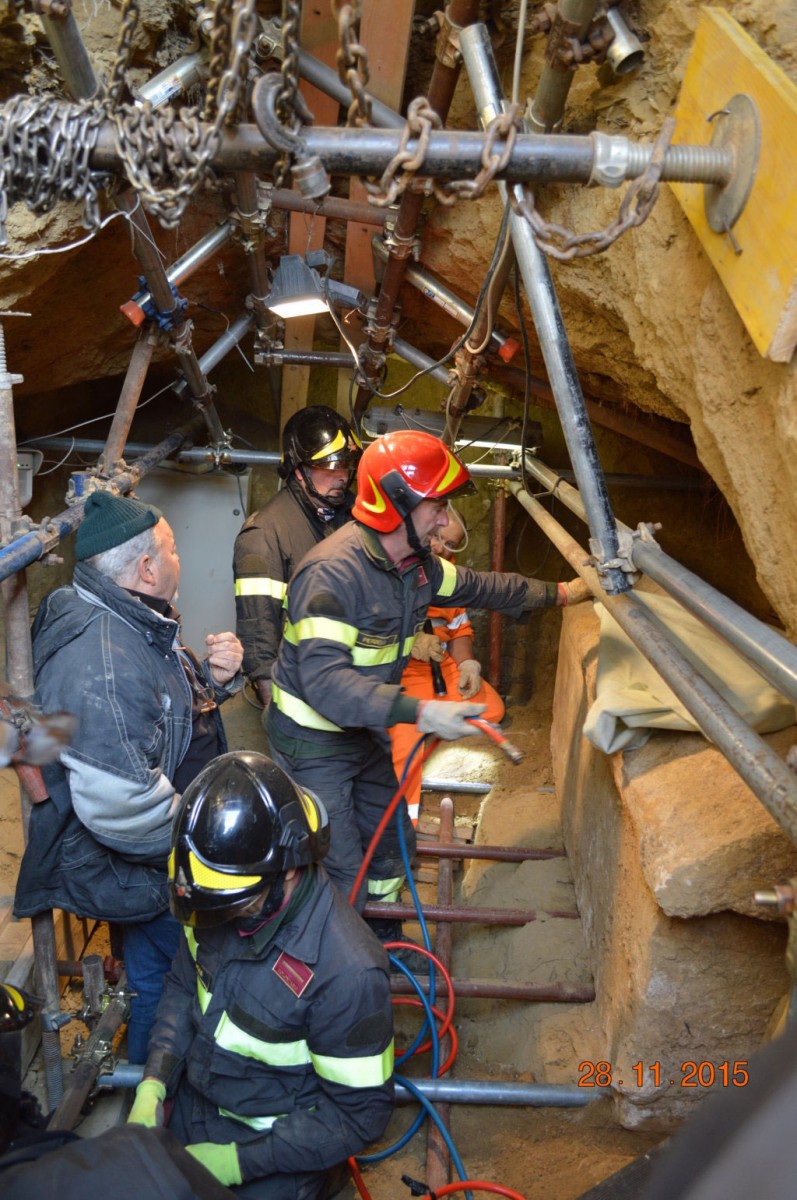 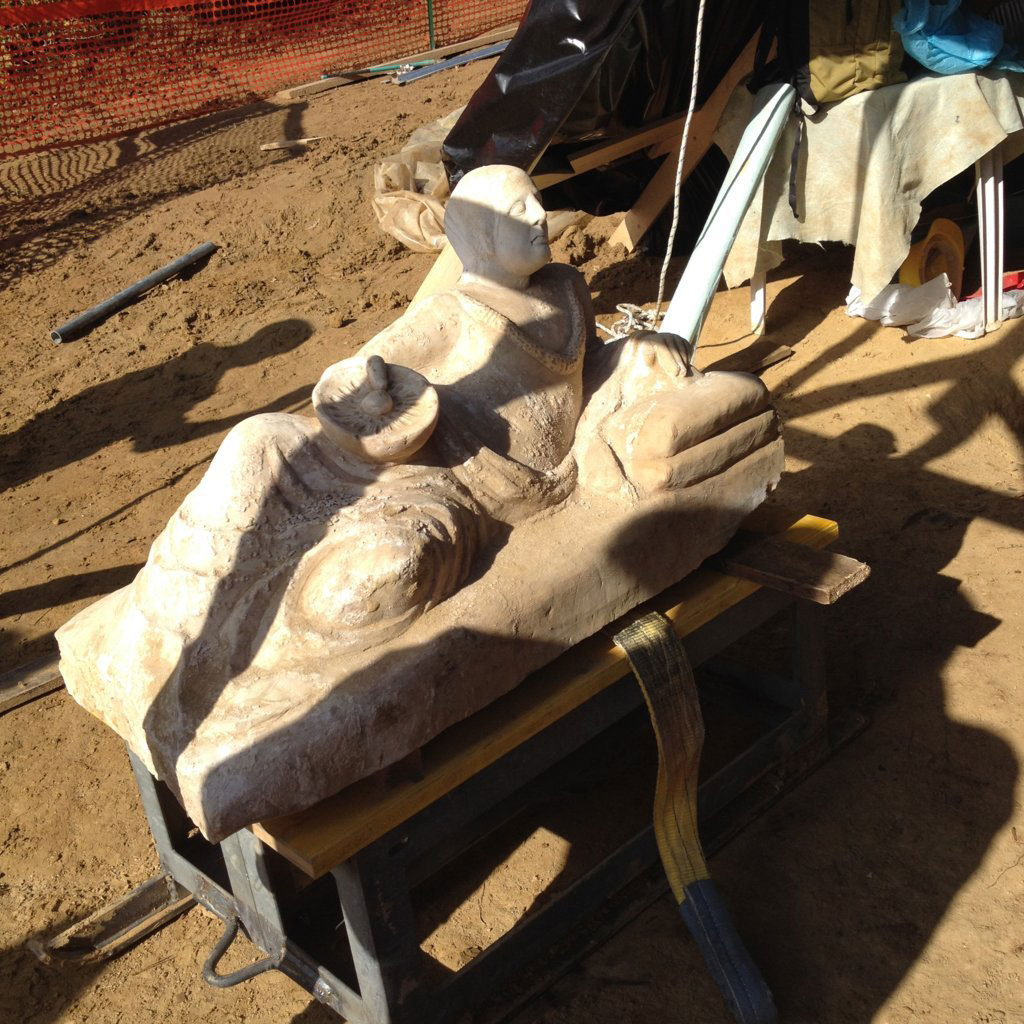 The accidental discovery of an intact Etruscan tomb in Umbria, Italy, has yielded astonishing items, such as sarcophagi, urns, grave goods, and a marble head.

The discovery was made by a farmer ploughing his field near Città della Pieve, about 30 miles southwest off Perugia.

The tomb is dated to the end of the 4th century BC and the site is located at a place with no other archaeologies nearby; therefore it did not become the prey of tomb robbers and survives at an extremely good condition, according to Clarita Natalini of the Superintendency for the Cultural Goods of Umbria and head of the archaeological mission at the site.

The team entered the tomb from the opening finding that at the end of the dromos (a long corridor leading into the tomb) there was a sealed double door made of heavy stone. Once inside the 16-square-foot chamber behind the door, archaeologists found two sarcophagi, four marble urns and various grave goods, including pottery, miniature votive vases and two intact ceramic jars.

The urns are made from alabaster marble and three of them are sculpted. The lid bears a portrait of the deceased wearing a flower necklace, reclining on two cushions and holding a patera, a shallow ritual offering dish with his right hand.

One of the sarcophagi bears a long inscription including the word “Laris”, a common Etruscan male name which has now been adopted as the name of the tomb. Inside the sarcophagus there were the remains of an adult male and at the foot of the coffin there was a statue head broken at the bottom of the neck.

An inscription on the second sarcophagus, which was covered with painted plaster, was not legible, due to damage caused by collapses.

Archaeologists believe that the burial belongs to an aristocratic family from nearby Chiusi according to Natalini, since the materials and the style, as well as clues from the inscriptions, indicate so.

The contents of the tomb have been moved to the Civic Museum of Santa Maria dei Servi for conservation.

Specialists hope the discovery will shed more life on Etruscan life and customs, a significant culture which dominated Italy for about five centuries and had a great influence and impact on other civilisations, but which was absorbed into the Roman empire not leaving enough evidence for archaeologists to fully reconstruct its components.