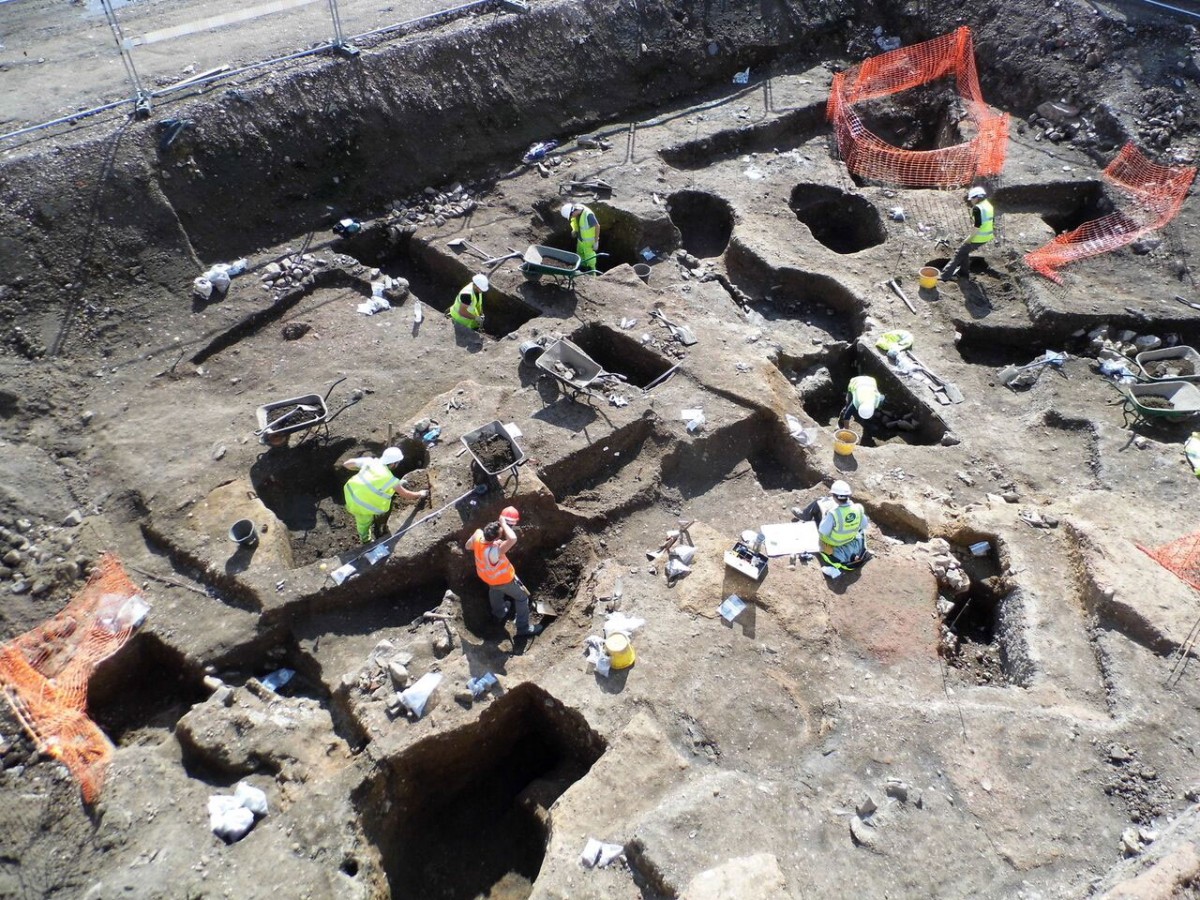 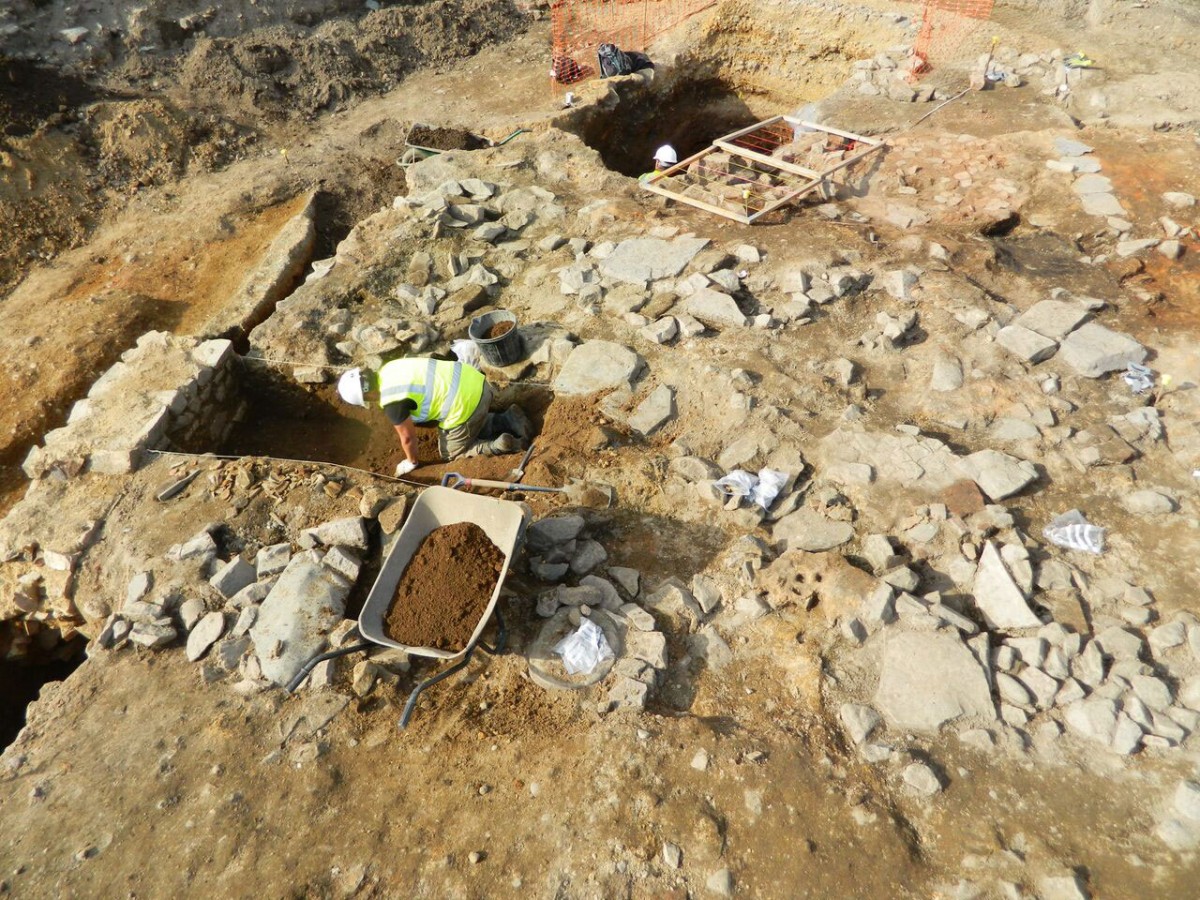 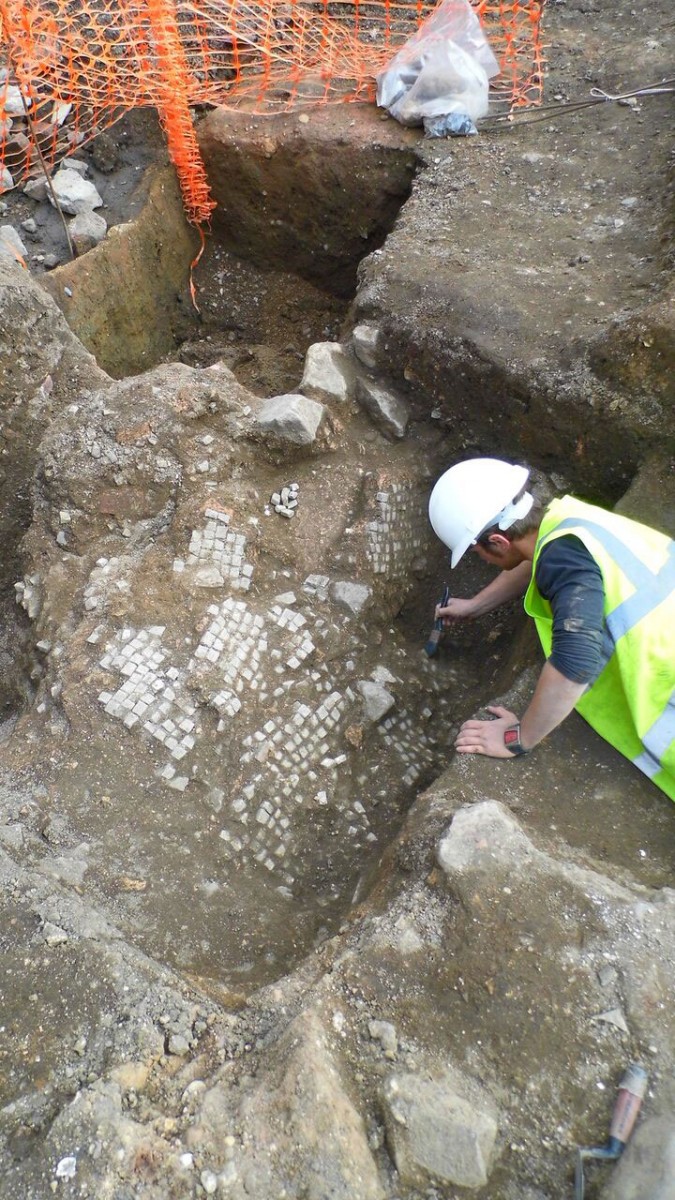 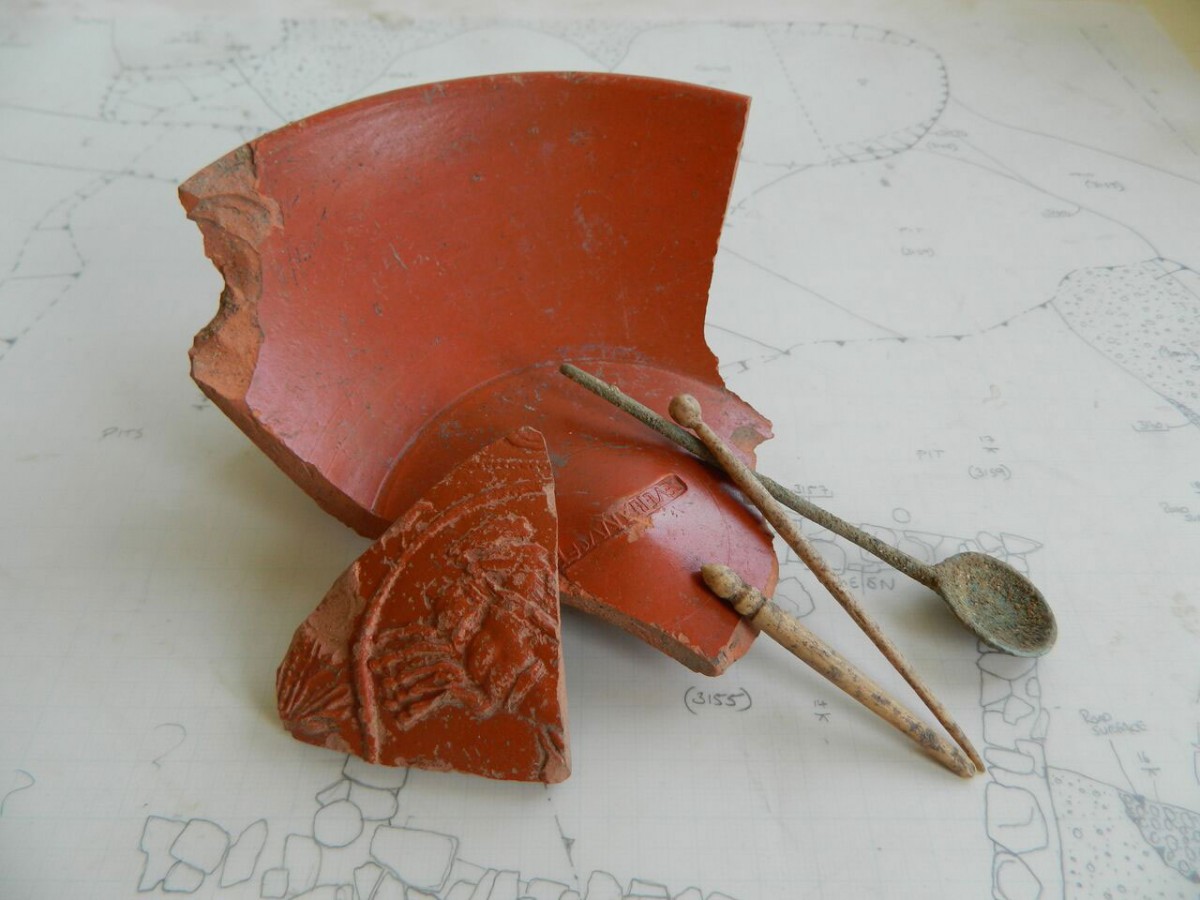 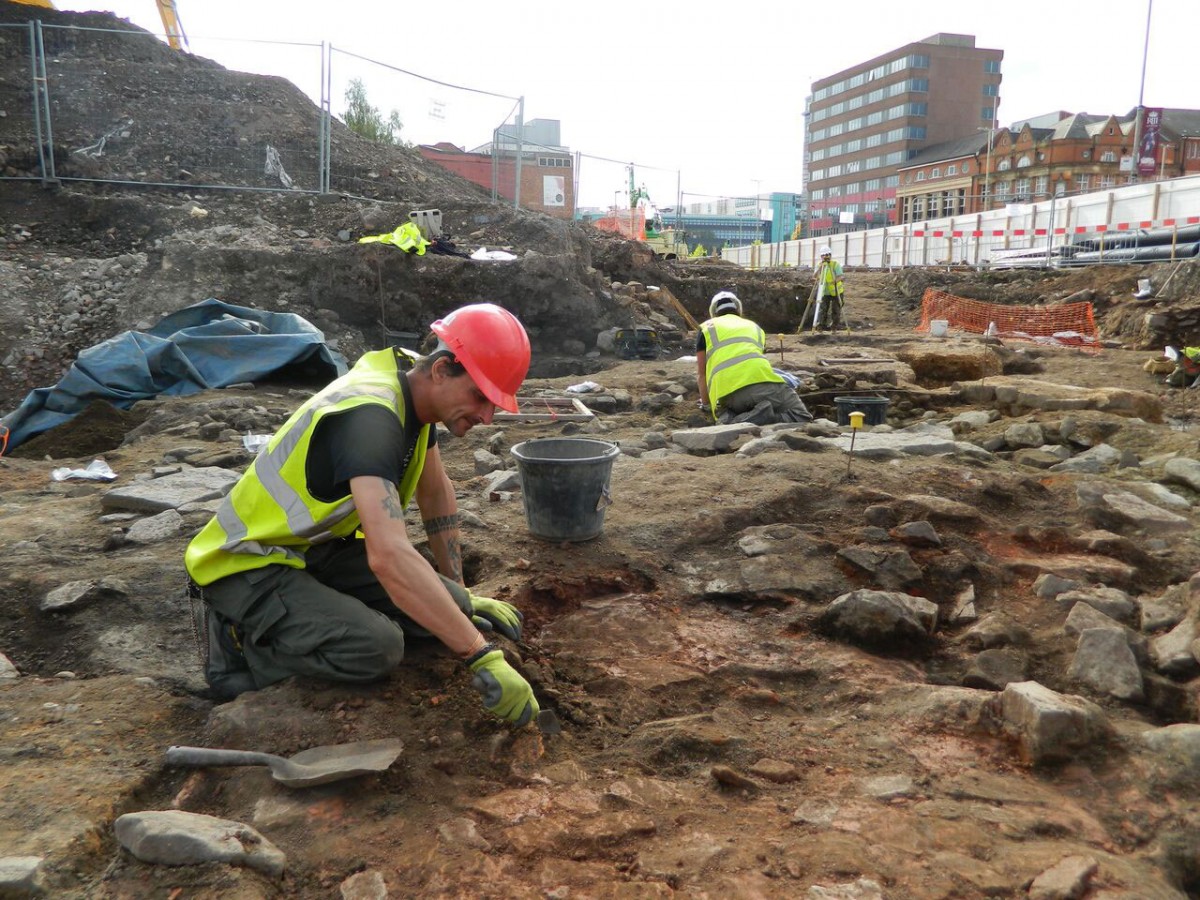 Archaeologists from University of Leicester Archaeological Services (ULAS) have unearthed new evidence of Roman and medieval Leicester after recently completing the excavation of two areas at the former Southgates Bus Depot, on the corner of Southgates and Peacock Lane in the centre of Leicester.

Archaeologists, led by John Thomas and Mathew Morris of ULAS, have been investigating a series of medieval and post-medieval backyards dating from the 12th century through to the 16th century. These are likely to be associated with densely packed houses and shops which would have once fronted onto the important medieval street of Southgates. Evidence recorded includes stone-lined pits (possibly storage pits or cisterns), rubbish pits, latrines, wells, boundary walls and a possible late 15th or 16th century cellar. Such activity, and the evidence carefully collected and recorded from it, will give important new insights into the lifestyles and industry of the people living along one of Leicester’s principle medieval streets.

John Thomas said: “Having the chance to excavate in this part of Leicester is fantastic. Because of the historic nature of the modern city centre, archaeologists rarely get the opportunity to explore this part of the city. These excavations will provide important new insights into the character of the settlement and the inhabitants living in the southern half of the Roman and medieval town.” The project is funded by property developer Viridis and the University team has been working closely with them and their contractors WinVic to complete the archaeological investigation before construction of new student apartments begins.

The site lies at the heart of Leicester’s historic core, close to significant Roman and medieval sites such as the Roman forum and the Jewry Wall Roman public baths as well as the site of Grey Friars, the medieval Franciscan friary where the remains of King Richard III (d.1485) were discovered by University archaeologists in 2012.

Once the medieval archaeology was painstakingly recorded and removed, evidence of Leicester’s Roman past was slowly revealed. The junction of two Roman streets has been identified. These have thick, cambered gravel surfaces with drainage gullies dug to either side. A number of large stone and timber buildings, and boundary walls, dating from the 2nd century through to the 4th century have been identified running along the sides of the streets.

In some areas the Roman archaeology has been badly disturbed by later activity but elsewhere Roman remains are very well preserved with intact floors and rare fragments of wall still surviving above floor level. The broken remains of a mosaic pavement has been found in one building, whilst pieces of painted wall plaster still survived on the walls in another. This evidence will allow the archaeologists to reconstruct what these buildings might have looked like.

A wide array of artefacts have been recovered during the excavation, including coins, fine table ware, a copper spoon, game counters, a number of bone hair pins and other pieces of jewellery. This suggests that Roman activity in the area was predominately domestic in nature with some industrial activity going on in the vicinity in the later Roman period.

Mathew Morris added: “This part of Roman Leicester is very poorly understood because there has been little previous archaeological investigation in the vicinity. One of the Roman streets found on the site has never been seen before in Leicester and isn’t on any of our plans of the Roman city. This is a significant find and raises exciting new questions about the layout of the early Roman town and how it evolved through the Roman period. It also means that the excavations are exploring three different insulae or blocks within the Roman street system. So far, there appears to be contrasting types of occupation in the different areas and this will give terrific new insights into life in Leicester during the Roman period.”