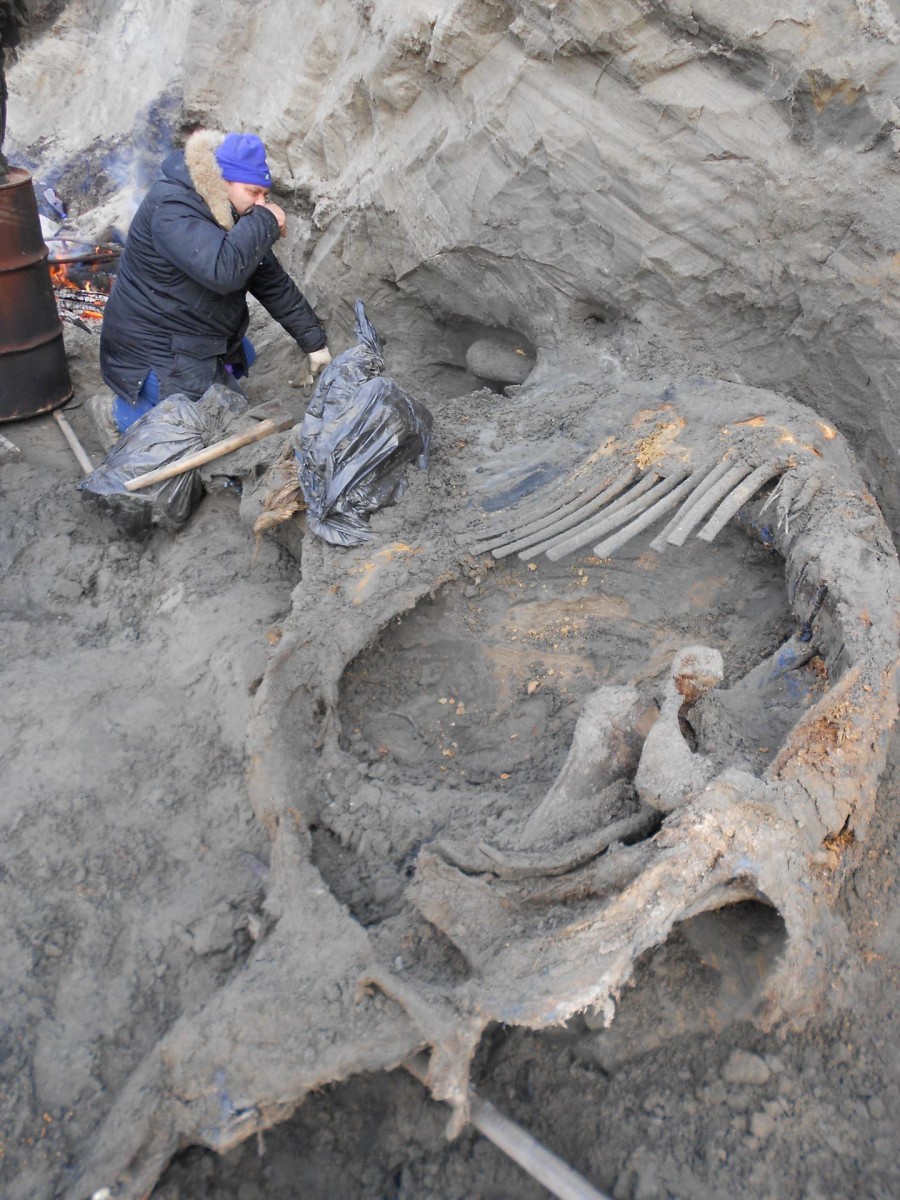 People were present in the central Siberian Arctic by about 45,000 years ago

The carcass of a frozen mammoth with signs of weapon-inflicted injuries suggests humans were present in the Eurasian Arctic ten millennia earlier than previously thought.

These results, which provide perhaps the oldest known story of human survival in the Arctic region, date human presence there to roughly 45,000 years ago, instead of 35,000 years ago, as previously thought.

Paleolithic records of humans in the Eurasian Arctic are scarce. In 2012, a team led by Alexei Tikhonov excavated a partial carcass of a male woolly mammoth from frozen sediments in a coastal bluff on the eastern shore of Yenisei Bay, in the central Siberian Arctic. Through radiocarbon dating of the animal’s tibia bone and surrounding materials, the researchers dated it at 45,000 years old.

The mammoth’s bones exhibited a number of unusual injuries on the ribs, right tusk and mandible. Tikhonov, Vladimir Pitulko and colleagues analyzed these injuries. They include dents likely from sharp weapon tips such as thrusting spears and damage to the tusk suggestive of human attempts to separate the outside of the tusk by chopping. These findings leave no doubt, say the study’s authors, that people were present in the central Siberian Arctic by about 45,000 years ago.

Advancements in mammoth hunting probably allowed people to survive and spread widely across northernmost Arctic Siberia at this time, the researchers say, representing an important cultural shift – one that likely facilitated the arrival of humans in the area close to the Bering land bridge, providing them an opportunity to enter the New World before the Last Glacial Maximum.

* This material relates to a paper that appeared in the Jan. 15, 2016, issue of Science, published by AAAS. The paper, by V.V. Pitulko at Russian Academy of Sciences in St. Petersburg, Russia, and colleagues was titled, “Early human presence in the Arctic: Evidence from 45,000-year-old mammoth remains.”