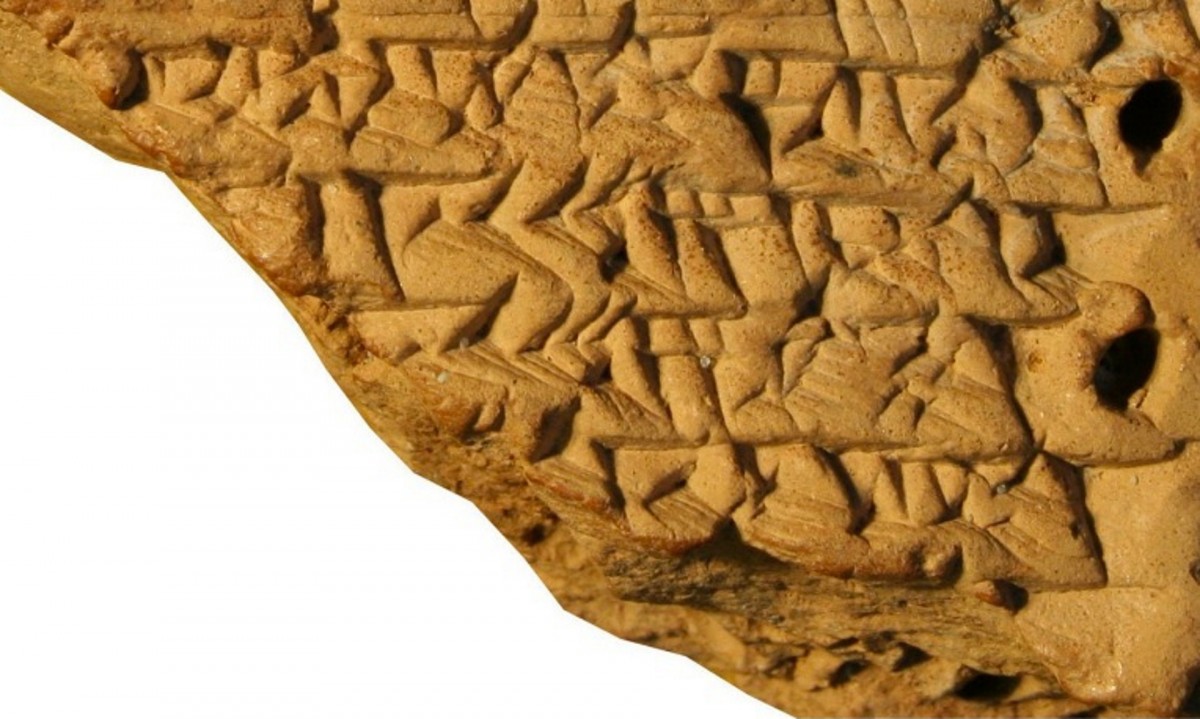 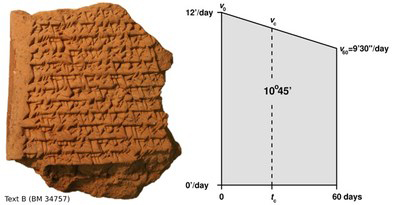 An analysis of three published and two unpublished cuneiform tablets

Scientist of the Excellence Cluster TOPOI discovers that Babylonian astronomers computed the position of Jupiter with geometric methods.

This is revealed by an analysis of three published and two unpublished cuneiform tablets from the British Museum by Prof. Mathieu Ossendrijver, historian of science of the Humboldt-Universität zu Berlin. The tablets date from the period between 350 and 50 BCE. Historians of science thus far assumed that geometrical computations of the kind found on these tablets were first carried out in the 14th century. Moreover, it was assumed that Babylonian astronomers used only arithmetical methods. “The new interpretation reveals that Babylonian astronomers also used geometrical methods”, says Mathieu Ossendrijver. His results are published in the current issue of the journal Science.

On four of these tablets the distance covered by Jupiter is computed as the area of a figure that represents how its velocity changes with time. None of the tablets contains drawings but, as Mathieu Ossendrijver explains, the texts describe the figure of which the area is computed as a trapezoid. Two of these so-called trapezoid texts had been known since 1955, but their meaning remained unclear, even after two further tablets with these operations were discovered in recent years.

One reason for this was the damaged state of the tablets, which were excavated unscientifically in Babylon, near its main temple Esagila, in the 19th century. Another reason was, that the calculations could not be connected to a particular planet. The new interpretation of the trapezoid texts was now prompted by a newly discovered, almost completely preserved fifth tablet. A colleague from Vienna who visited the Excellence Cluster TOPOI in 2014, the retired Professor of Assyriology Hermann Hunger, draw the attention of Mathieu Ossendrijver to this tablet. He presented him with an old photograph of the tablet that was made in the British Museum.

The new tablet does not mention a trapezoid figure, but it does contain a computation that is mathematically equivalent to the other ones. This computations can be uniquely assigned to the planet Jupiter. With this new insight the other, thus far incomprehensible tablets could also be deciphered.

In all five tablets, Jupiter’s daily displacement and its total displacement along its orbit, both expressed in degrees, are described for the first 60 days after Jupiter becomes visible as a morning star. Mathieu Ossendrijver explains: “The crucial new insight provided by the new tablet without the geometrical figure is that Jupiter’s velocity decreases linearly within the 60 days. Because of the linear decrease a trapezoidal figure emerges if one draws the velocity against time.”

“It is this trapezoidal figure of which the area is computed on the other four tablets”, says the historian of science. The area of this figure is explicitly declared to be the distance travelled by Jupiter after 60 days. Moreover, the time when Jupiter covers half this distance is also calculated, by dividing the trapezoid into two smaller ones of equal area.

“These computations anticipate the use of similar techniques by European scholars, but they were carried out at least 14 centuries earlier”, says Ossendrijver. The so-called Oxford calculators, a group of scholastic mathematicians, who worked at Merton College, Oxford, in the 14th century, are credited with the „Mertonian mean speed theorem“. This theorem yields the distance travelled by a uniformly decelerating body, corresponding to the modern formula S=t•(u+v)/2, where u and v are the initial and final velocities.
In the same century Nicole Oresme, a bishop and scholastic philosopher in Paris, devised graphical methods that enabled him to prove this relation. He computed S as the area of a trapezoid of width tand heights u and v. The Babylonian trapezoid procedures can be viewed as a concrete examples of the same computation.

Furthermore, it was hitherto assumed that the astronomers in Babylon used arithmetical methods but no geometrical ones, even though they were common in Babylonian mathematics since 1800 BCE. Ancient Greek astronomers from the time between 350 BCE and 150 CE are also known for their use of geometrical methods. However, the Babylonian trapezoid texts are distinct from the geometrical calculations of their Greek colleagues. The trapezoid figures do not describe configurations in a real space, but they come about by drawing the velocity of the planet against time. As opposed to the geometrical constructions of the Greek astronomers the Babylonian trapezoid figures exist in an abstract mathematical space, defined by time on the x-axis and velocity on the y-axis.