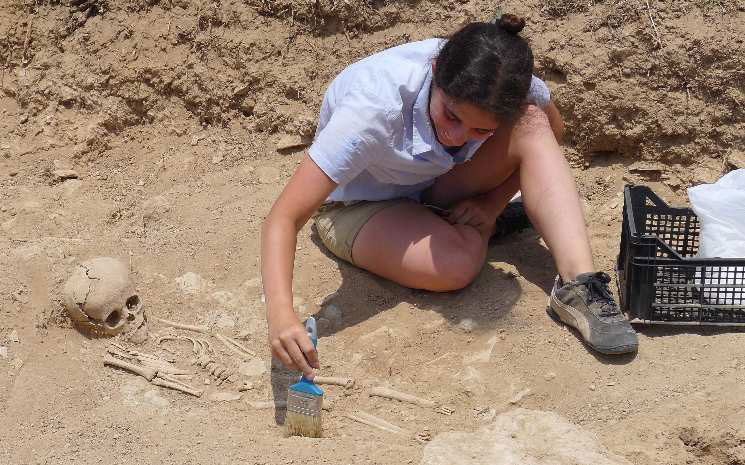 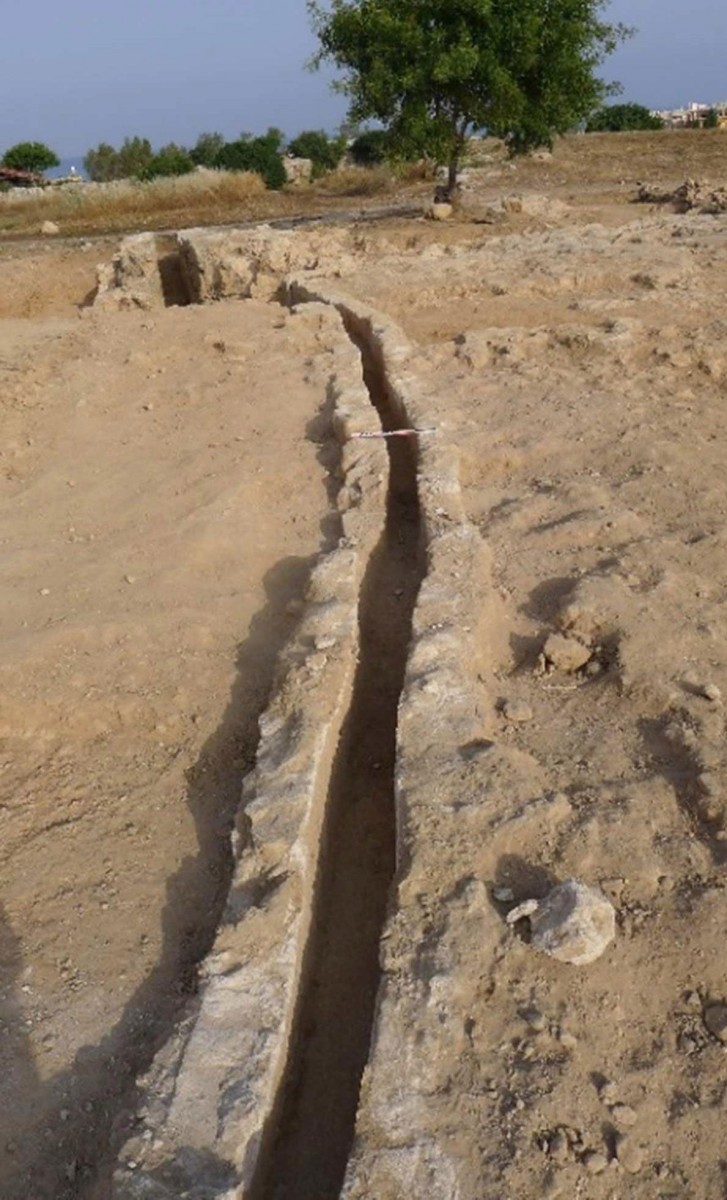 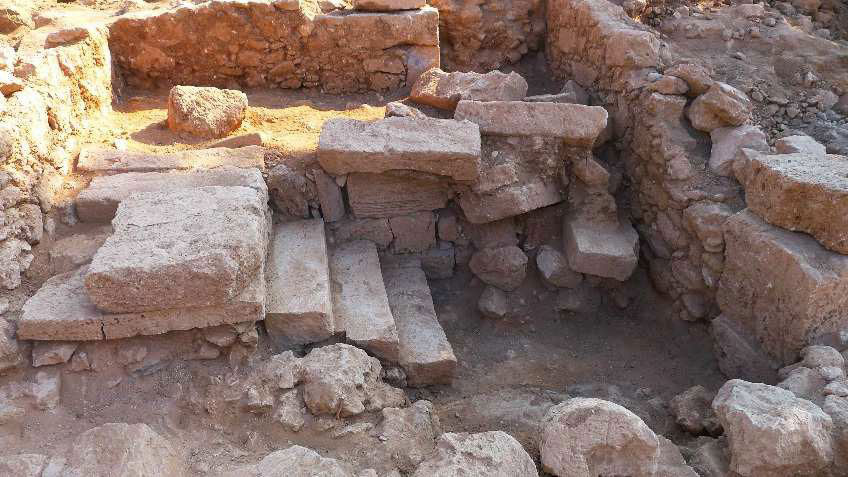 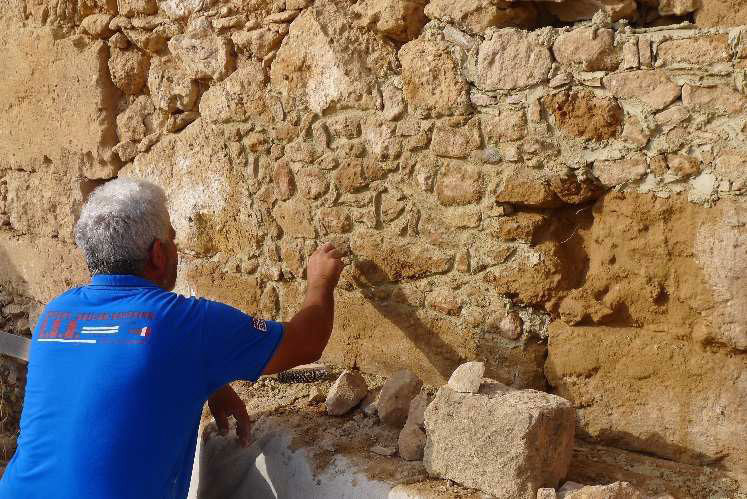 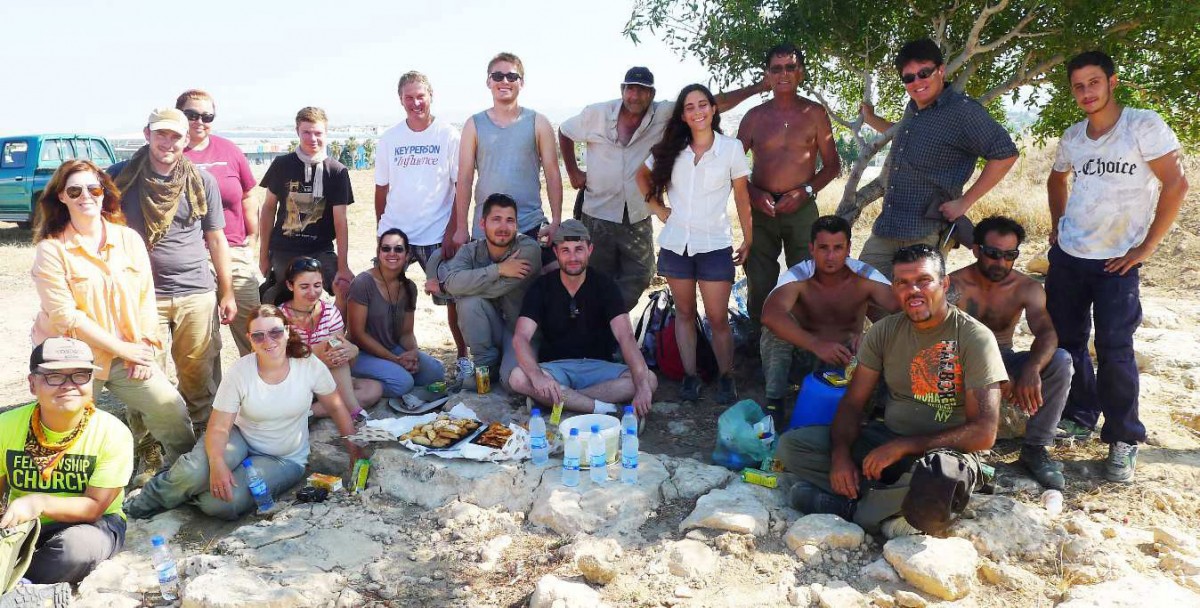 2015 excavations by “Mission Archéologique Française à Paphos” (MafaP) at Fabrika Hill, Cyprus, have been completed. The excavations, under the direction of Dr. Claire Balandier, Professor of Ancient History and Archaeology at the University of Avignon et des Pays de Vaucluse, France, were conducted in collaboration with the Department of Antiquities, within the framework of improvement works for “Paphos 2017, European Capital of Culture”.

Rescue excavations were conducted in three different sites in the Fabrika hill area:

– on the southern side of the round-about,where a thick layer of rubble was excavated;

– in the area of the planned construction of a bridge (that will link Fabrika hill with the archaeological site). In this area, two late medieval burials, one of a child and the other of a teenager were excavated;

– on the top of Fabrika hill, around the Hellenistic pebble mosaic floor that once decorated a ‘banquet room’ (initially excavated in 1997 by the Department of Antiquities). The works here were conducted for the construction of a new shelter. The excavations, which took place around the ‘banquet room’, showed that this room belonged to a Hellenistic building, which received water from a very well-preserved clay water pipe. The Hellenistic building was partly damaged by a later Roman water channel and cisterns.

The main archaeological investigations took place over a period of nine weeks and the works concentrated on the Roman house, whose first wall was discovered in 2010. A large square was identified, with the preserved floor of a small pool in the middle (impluvium), limited by a portico to the east as shown by the remains of columns and capitals. Underneath, the team found the bottom of the Hellenistic quarry. Two more rooms were brought to light in the south and a staircase was investigated in the north-east corner of the courtyard.

A preliminary study of the artefacts and the area’s stratigraphy date the first phase of the building to the early 1st c. AD (under the reign of Augustus or Tiberius). The house suffered severe structural damages, probably as a result of an earthquake, not long after its construction. It was then partly rebuilt during the third quarter of the 1st c. AD. Then, some backrooms were filled, others were decorated with new wall paintings, and doorways were narrowed. It is still unknown when the building was abandoned. Various pieces of evidence show that the house was reused for artisanal works and as stables. The eastern part of the remains were covered by a medieval road and then by the modern Ayia Kyriaki Street. In many ways, the building is similar to the so-called “Hellenistic House”, excavated by the Polish Archaeological Mission of the Warsaw University in the Maloutena area of Kato Pafos. These buildings had been constructed within the framework of the rebuilding of the city of Nea Paphos, following the huge earthquake of 15 BC. The city’s rebuilding was funded by Emperor Augustus from whom the city took the name ‘Sebaste’. We know that at this time Fabrika hill became an important quarter of the city, filled with new buildings and important water supplies.

Furthermore, in 2015 the Department of Antiquities conducted important restoration works on this large Roman building.