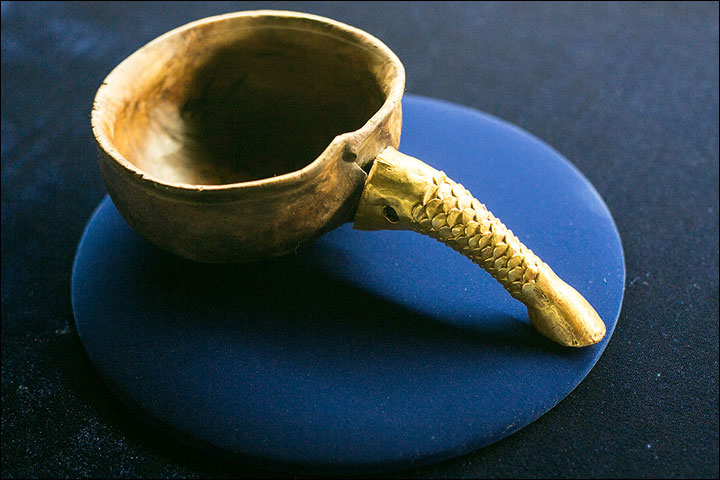 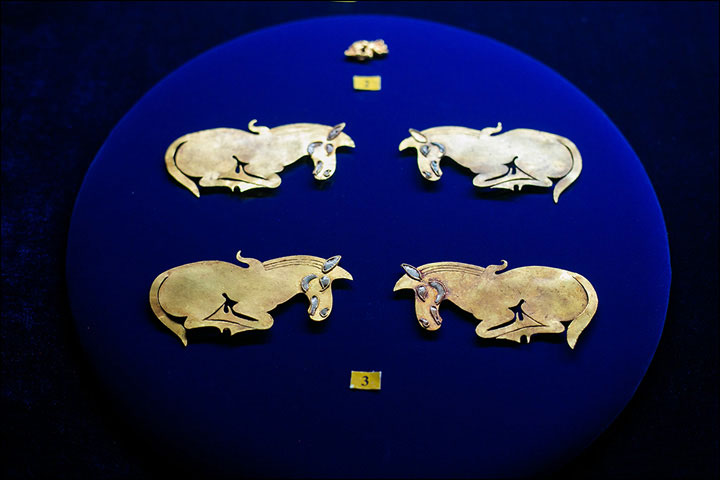 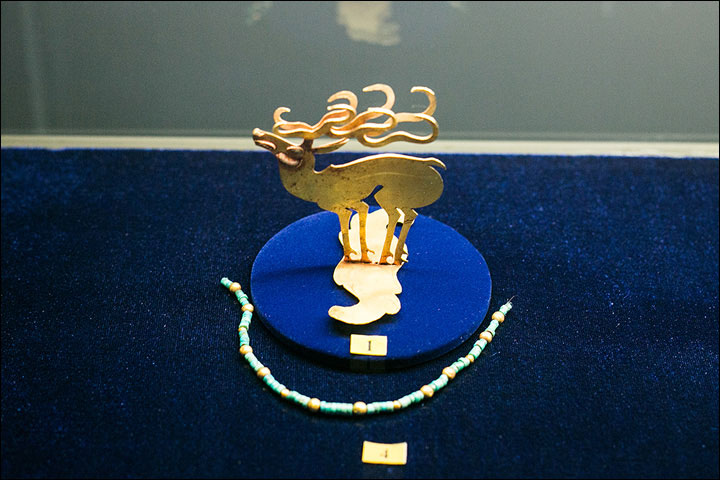 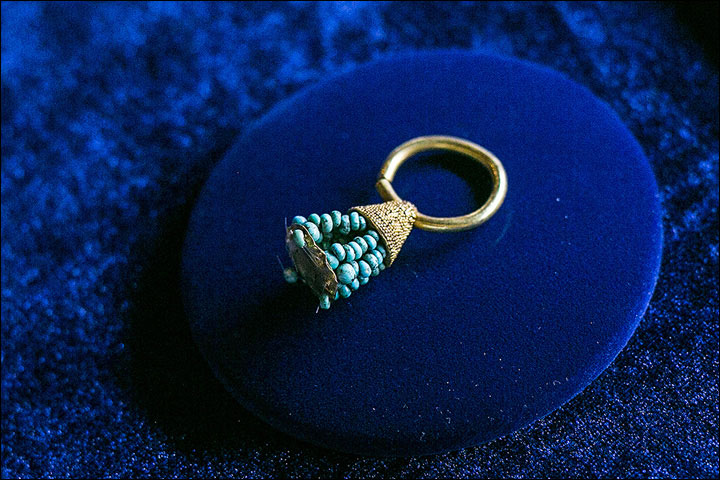 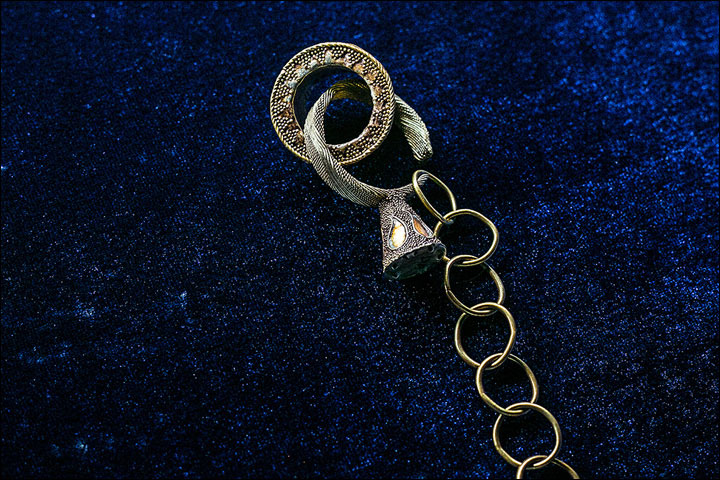 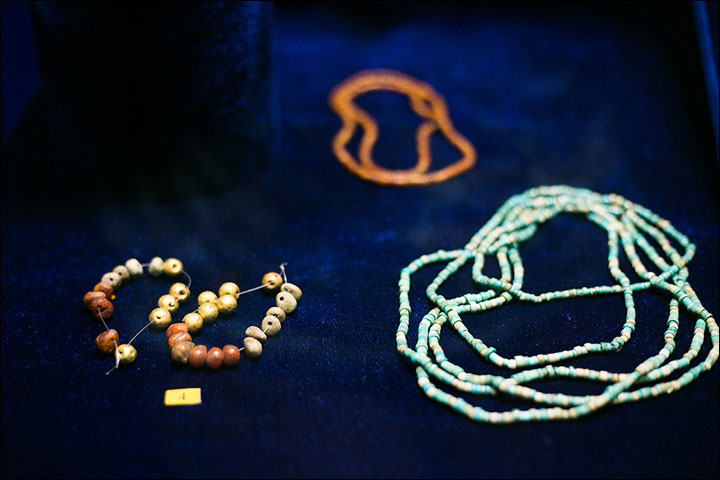 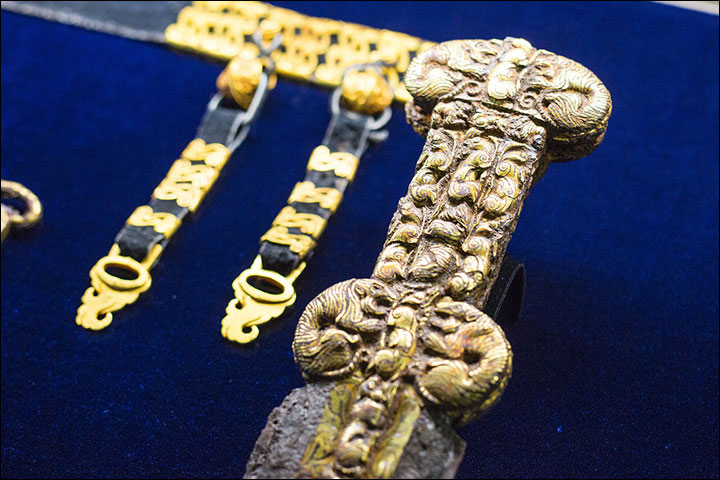 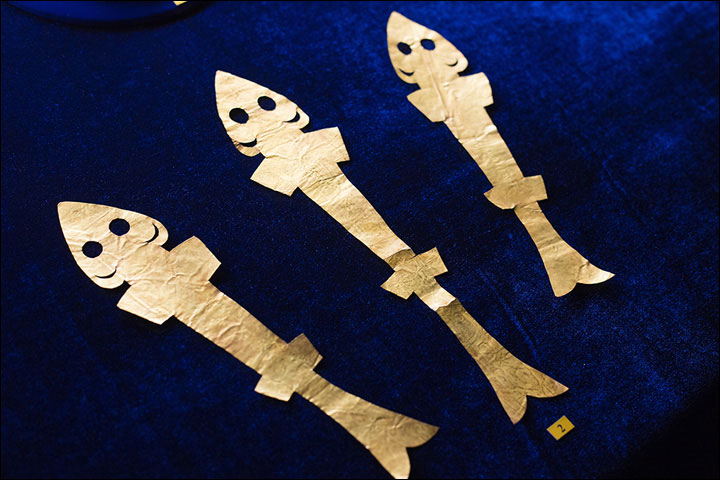 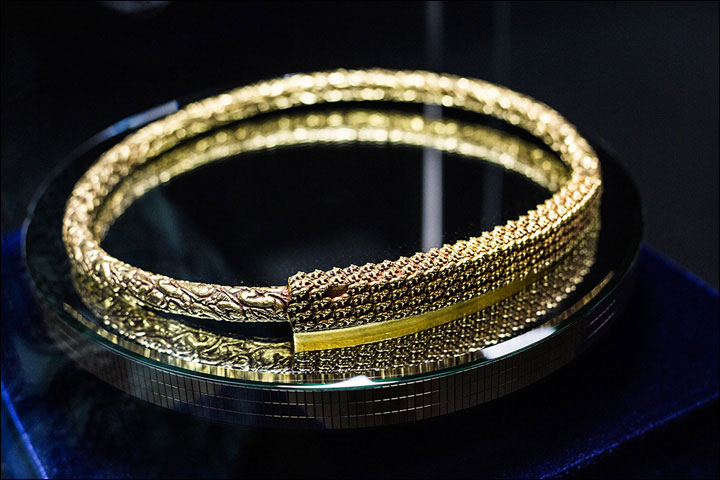 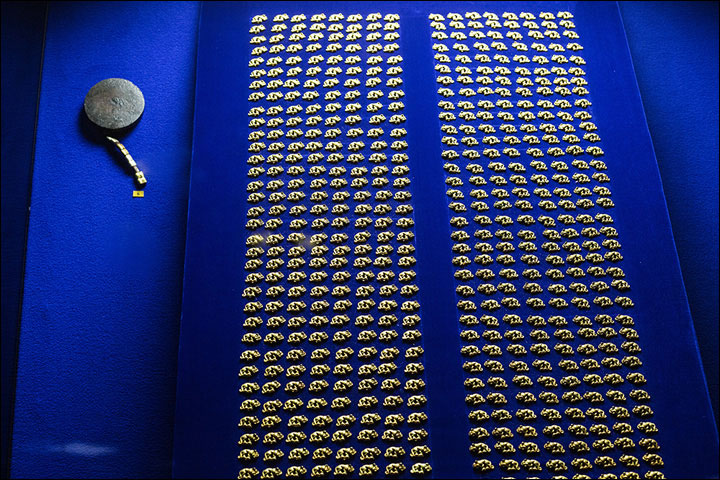 An overview of the rich tomb in Tuva

The Siberian Times have published a detailed overview of the contents and information retrieved by archaeologists at the Arzhan 2 tomb in the Republic of Tuva. The 2,600-year-old tomb has yielded valuable evidence connecting the life of the individual buried there, a warrior tsar, with other places very far away. However, though it was indeed a nomadic people who buried their king in Arzhan 2, the exquisite processing of the numerous golden and valuable artefacts found in the grave would require skills that nomads would hardly possess.

The king was buried with plenty of valuable items next to him, his clothes and equipment adorned with several gold beads.

Alongside him a female skeleton was buried, perhaps his queen or concubine, probably sacrificed to be buried with her king.

Apart from the concubine, the king was escorted by 35 individuals, in total; 16 of them were men, 13 women, 5 children, as well as 14 horses, each from a different herd. The ruler was between 40 and 50 years old and died of prostate cancer, the earliest documented example. The female buried alongside him was about 30 years old and judging from her clothes decorations and ornaments she was of high status, but different ethnic origin from the king.

The valuable items found in the royal burial chamber are astonishingly beautiful and delicate, evidence of specialized knowhow, and they were also numerous, thousands of gold earings, pendants and other items, about 9,300 in particular. Most of the items are now in Kyzyl, the local capital, and in St Petersburg. The style of the adornments is described as Animal Art, since it depicts most of the animals known from the time. This is the original Scythian style, from the Altai region, which eventually came to the Black Sea region and finally in contact with ancient Greece. And it resembles almost an Art Nouveau style.

The construction and decoration of the burial chamber must have been made with materials that have not survived, such as wood and textiles. Scattered around the remains of the king and his companion were thousands of gold beads, probably attached to their clothes.

The scene archaeologists uncovered in Arzhan 2 appears to match with remarkable accuracy a description by Herodotus of the macabre Scythian burial rite, where the king is buried along with his custody and a female companion, his preferred concubine. The individuals buried with the king were probably sacrificed, perhaps with poison, perhaps they were strangled, or in some cases died from direct blows.

The wealth of the tomb is unique, rendering impossible to exhibit outside the country due to the extreme insurance that would be required.