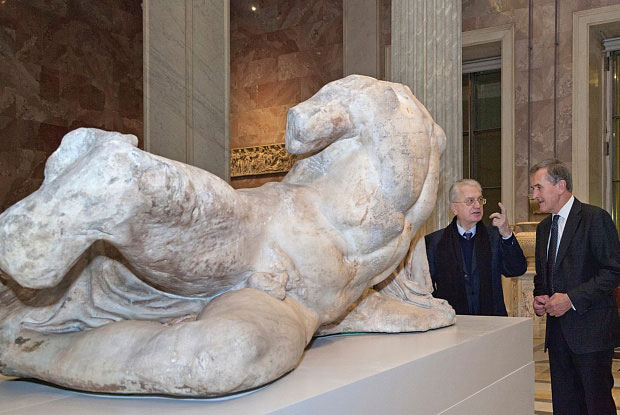 Greek statue at the British Museum travelled in secrecy to Russia

To go on show in Hermitage exhibition last year

In 2014, the ancient Greek statue of the god Ilissos was lent by the British Museum in London to the State Hermitage Museum in St Petersburg, travelling in secrecy according to an article published in the Art Newspaper. The statue, however, was one of the statues causing a dispute between Greece and the UK. Due to fears that Greece might try to seize the statue on its way to St Petersburg, according to the laws of the European Union, the statue was transferred via a secret route. The exact route that was followed is not known, according to Hermitage director Mikhail Piotrovsky. According to a British Museum spokesperson, the British Museum chooses the most direct route possible when artefacts are lent to institutions overseas, and that was also the case for the loan of Ilissos to the Hermitage.

The statue was lent to the Hermitage at an exhibition planned to mark the Russian institution’s 250th birthday in late 2014 and went on show for the period 6 December 2014-18 January 2015.

The incident has not left any negative traces in the relations between Russia and Greece, as this month a statue found near the Parthenon will be lent to the Hermitage by the Acropolis Museum in Athens, which will host, in return, three pieces from the Hermitage of Scythian gold from eastern Crimea. This is only one of a series of cultural events planned for the year 2016 between the Greece and Russia.