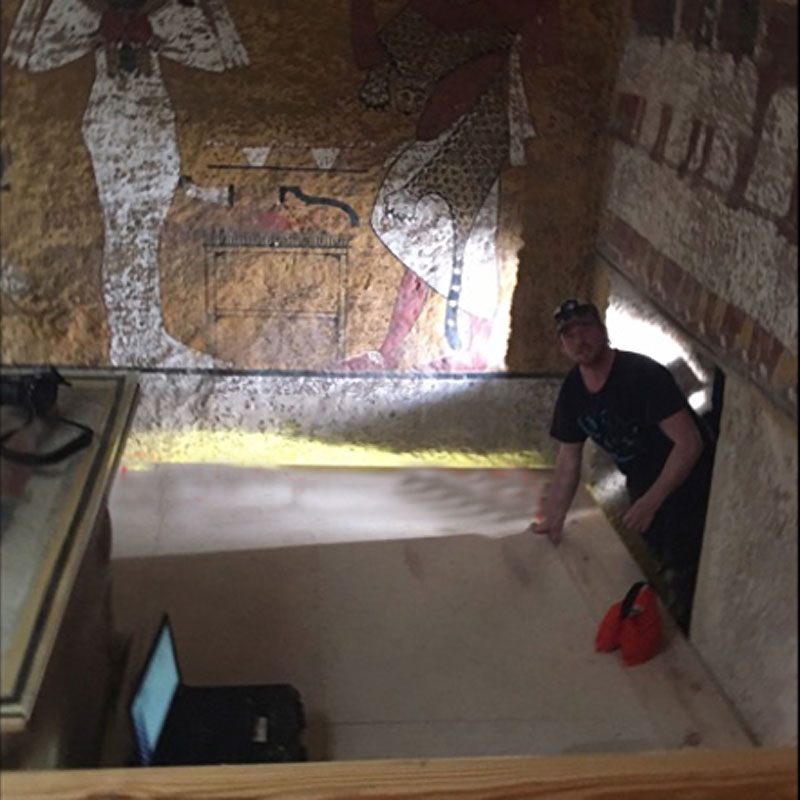 The scan goes on at Tutankhamun’s tomb

Results to be announced soon on Press Conference

The scan goes on at Tutankhamun’s tomb. The radar scan is in progress at King Tutankhamun’s tomb (KV62) by a team of Egyptian and American specialists including Minister of Antiquities Dr. Khalid El-Anany, former MoA Dr. Mamdouh El-Damaty, Dr. Yasser El-Shaib, Geophysics specialist Dr. Abbas Mohamed and representatives of the National Geographic Society.

The scan is performed using a GSSI radar of model SIR4000 with digital antennas of 400 and 900Mhz. The scan started by scanning the wall of the annex room. The results are to be used as a sample (representing a wall hiding something of importance).

According to a Ministry announcement, Dr. Khaled El Anany is to meet with journalists and media reporters in an open discussion in front of the tomb at 2:00 pm, Friday April 1st 2016 in order to announce the results of the digital GPR scanning.