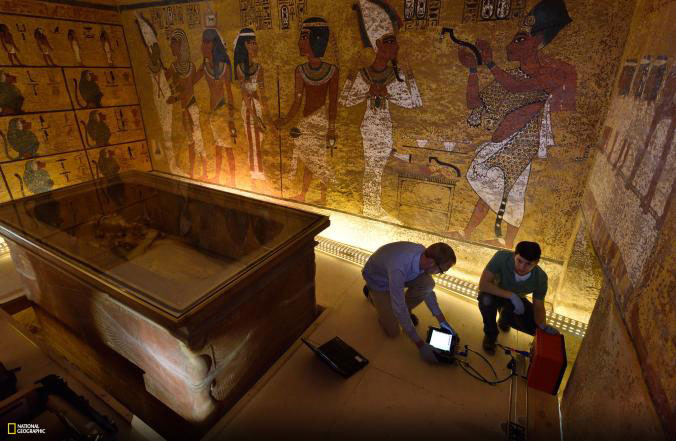 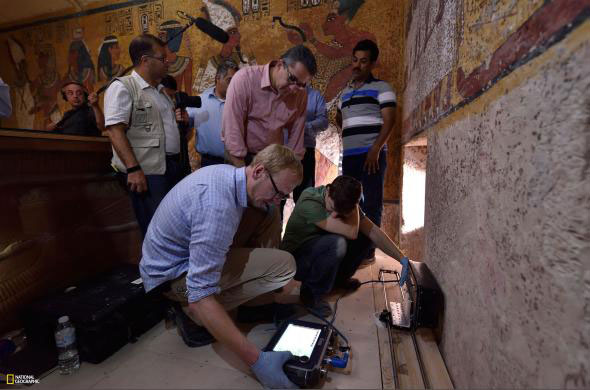 King Tutankhamun’s secret chamber theory not so sure

New evidence is not released by the ministry

Last year scans performed at Tutankhamun’s tomb showed that there was possibly a hidden chamber at the site and a theory that it was a hidden tomb of Nefertiti sparked archaeologists’ interest around the world. Now, however, claims that the government in Cairo are suppressing new evidence disproving the story have cast a shadow on initial enthusiasm.

The initial announcement had been made in November, when the then minister of antiquities, Mamdouh Eldamaty, had stated he was 90% positive of the hidden chamber. British Egyptologist Richard Reeves had a theory that the tomb was also the burial site of Nefertiti, which was supported by this announcement, although there had not been any hard evidence that far.

A new scan was conducted a few months later, by the National Geographical Society (NGS). The new research used advanced ground-penetrating radar technology (GPR) and the results were sent to the Egyptian ministry of antiquities. The ministry, however did not reveal the findings, and the minister was replaced.

According to Dean Goodman, a California-based geophysicist who analysed the data from the new scan no hollow chamber had been found.

Lawrence Conyers, an anthropology professor at the University of Denver and the author of Ground-Penetrating Radar for Archaeology said that NGS scientists knew what they were looking for and their research shows that “…there is absolutely no indication of a void space.”

Hirokatsu Watanabe, a veteran Japanese specialist who initially made the discovery of the hidden chamber said that after 40 years of work he has customized his equipment to an extent that it is impossible for other scientists to interpret his readings. On the other hand, Watanabe has been criticized by other radar specialists for using old fashioned equipment.

The Second Annual Tutankhamun Grand Egyptian Museum Conference, held in Cairo about ten days ago, became the stage for a debate among politicians and scientists regarding the data from the research. It seems that the results of the research by the NGS do not indicate the presence of a hidden chamber. But since the NGS cannot make any official statement and the ministry remains silent, the talk about suppression of data by the government is getting louder.