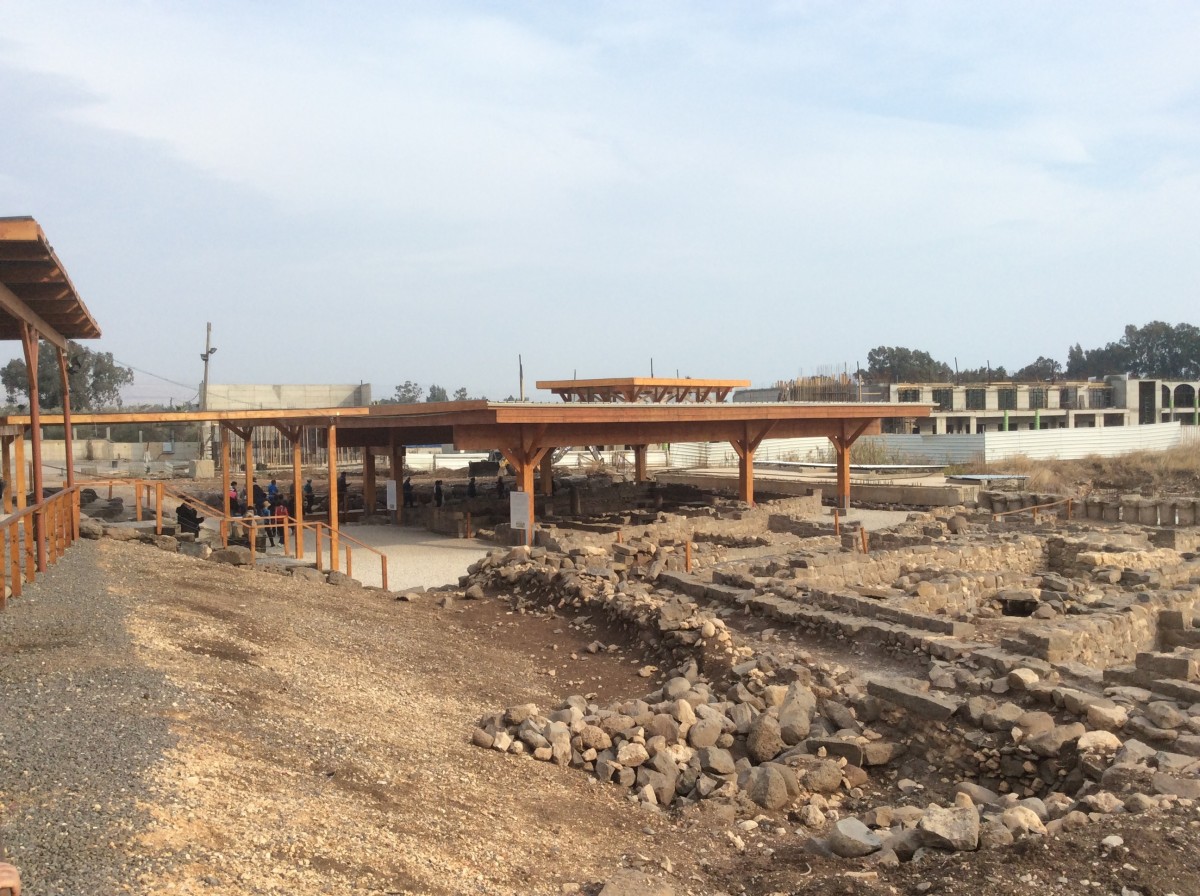 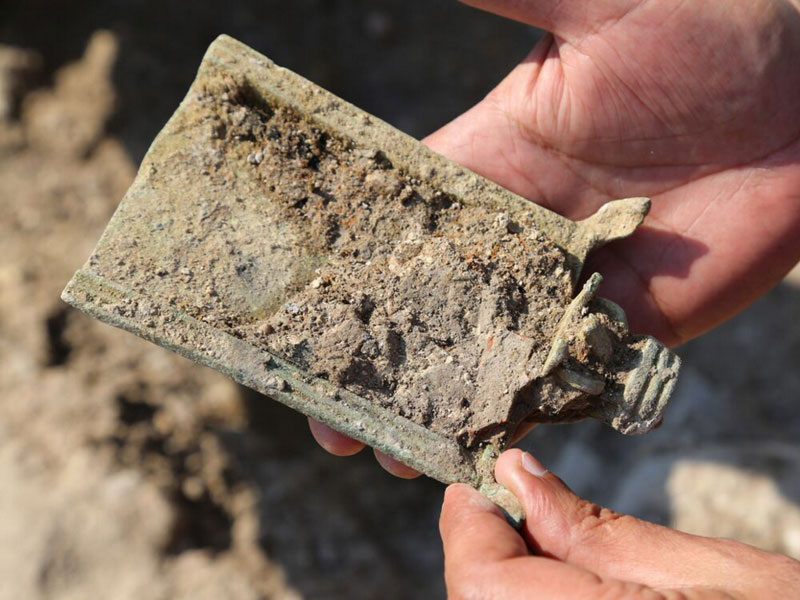 Including an incense shovel

A decorated bronze incense shovel (used for transferring embers from place to place) and a bronze jug were recently uncovered in archaeological excavations in Magdala on the western shore of the Sea of Galilee.

The Israel Antiquities Authority is leading archaeological excavations slated for the construction of a guesthouse at Magdala. The land is owned by Arke New Gate.

The mahta is thought to have been a sacred implement like the rest of the items that were utilized in the Temple where it was mainly used for transferring embers from place to place. Incense shovels frequently appear in Jewish art as one of the religious articles associated with the Temple, and they have been depicted on mosaic floors of synagogues alongside the menorah, lulav and etrog.

According to Dina Avshalom-Gorni, the Chief archaeologist on behalf of the Israel Antiquities Authority, “The incense shovel that was found is one of ten others that are known in the country from the Second Temple period. From early research in the world it was thought that the incense shovel was only used for ritual purposes, care for the embers and incense that were burnt in ritual ceremonies. Over the years, after incense shovels were also discovered in non-cultic context, apparently were also used as tools for daily tasks.

The incense shovel and jug found in our excavation were exposed lying next to each other on the floor in one of the room, at the storehouses that is locate adjacent the dock of a large Jewish settlement, on the shore of Sea of Galilee, in the late Second Temple period. These implements might have been saved in the storeroom as heirlooms by a Jewish family living at Magdala, or they may have been used for daily work as well”.

In recent years the Israel Antiquities Authority has been leading extensive excavations at the site, overseen by the archaeologists Dina Avshalom-Gorni and Arfan Najar, in partnership with the Anahuac University of Mexico, led by the Mexican Archaeologist, Dr. Marcela Zapata-Meza. During the archaeological dig at Magdala, a Jewish settlement dating to the time of the Second Temple was exposed, uncovering, Jewish ritual baths (miqwe’ot), streets, a marketplace and industrial facilities, as well as a synagogue whose walls were decorated with colored plaster and mosaics floor along the pavement.

In the middle of the synagogue’s main hall a stone was uncovered, well-known as the Magdala Stone, depicting the Second Temple of Jerusalem, within a carved seven-branched menorah (candelabrum) on one of its sides ever founded. The synagogue is dated to the early first century CE, Second Temple Period and Jesus’ Public Ministry around Galilee. The synagogue is one of the seventh oldest synagogues from this period uncovered so far in Israel.

According to Eyad Bisharat, who supervised the work in the excavation area on behalf of the Israel Antiquities Authority, “The volunteers were absolutely thrilled. They simply could not calm down knowing that these artifacts had been waiting just below the surface for 2,000 years. Even we veteran excavators were extremely excited because it’s not every day that one uncovers such rare artifacts as these, and in such a fine state of preservation”.

According Arfan Najar, Archaeologist leading the excavations on behalf of the Israel Antiquities Authority, “A similar incense shovel and jug as those found here in Migdal were discovered by Yigael Yadin in a cache dating to the time of the Bar Kokhba uprising which was revealed in the Cave of the Letters in the Judean Desert. Incense shovels have also been found in the Galilee at Bethsaida, Taiyaba and in Wadi Hammam, and across the country, but all-in-all this is a very rare find”.

The excavation season was located alongside the pier of the large Jewish settlement of Magdala. Volunteers from Chile, Mexico, Italy and Spain came to Magdala in order to help and continue the excavations at the site. Next summer, a group of volunteers and students from Mexico will continue digging on the southern area of the site and restoring remains of discoveries along the excavations.

Magdala is already open daily to the public and visitors can tour the remains of a first century Jewish town and Duc In Altum, a new prayer center at the site. The site is considered as the crossroads of Jewish and Christian history for its historical and religious significance for Jews and Christians alike.

The site is located near the town of Migdal along the western shore of Sea of Galilee. Migdal (its Greek name is Taricheae, meaning “place where fish are salted” – possibly alluding to the main source of income of the city’s inhabitants 2,000 years ago) was a large Jewish settlement in the Early Roman period. It is mentioned in Jewish sources, and at the time of the destruction of the Second Temple it served as Josephus’ main military base in his war against the Romans in the Galilee.

Evidence of Migdal’s existence is also found in historical and Christian sources, where according to Christian tradition this was the birthplace of Mary Magdalene, the Apostle of the apostles of Jesus. According to the Gospel of Luke, “Mary, called Magdalene, from whom seven demons had gone out…”, follows Jesus until His crucifixion and according to John´s Gospel became the first witness of His resurrection.