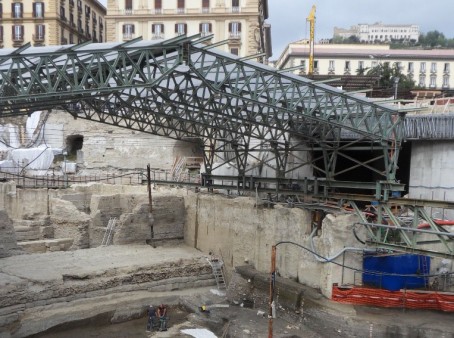 The archaeological excavation site in the ancient port of Naples is opposite the town square and a few meters below the present sea level. Credit: © Hugo Delile
- +
Listen by Archaeology Newsroom
18 05 '16 10:33

Impact of Vesuvius eruption on the Aqua Augusta aqueduct