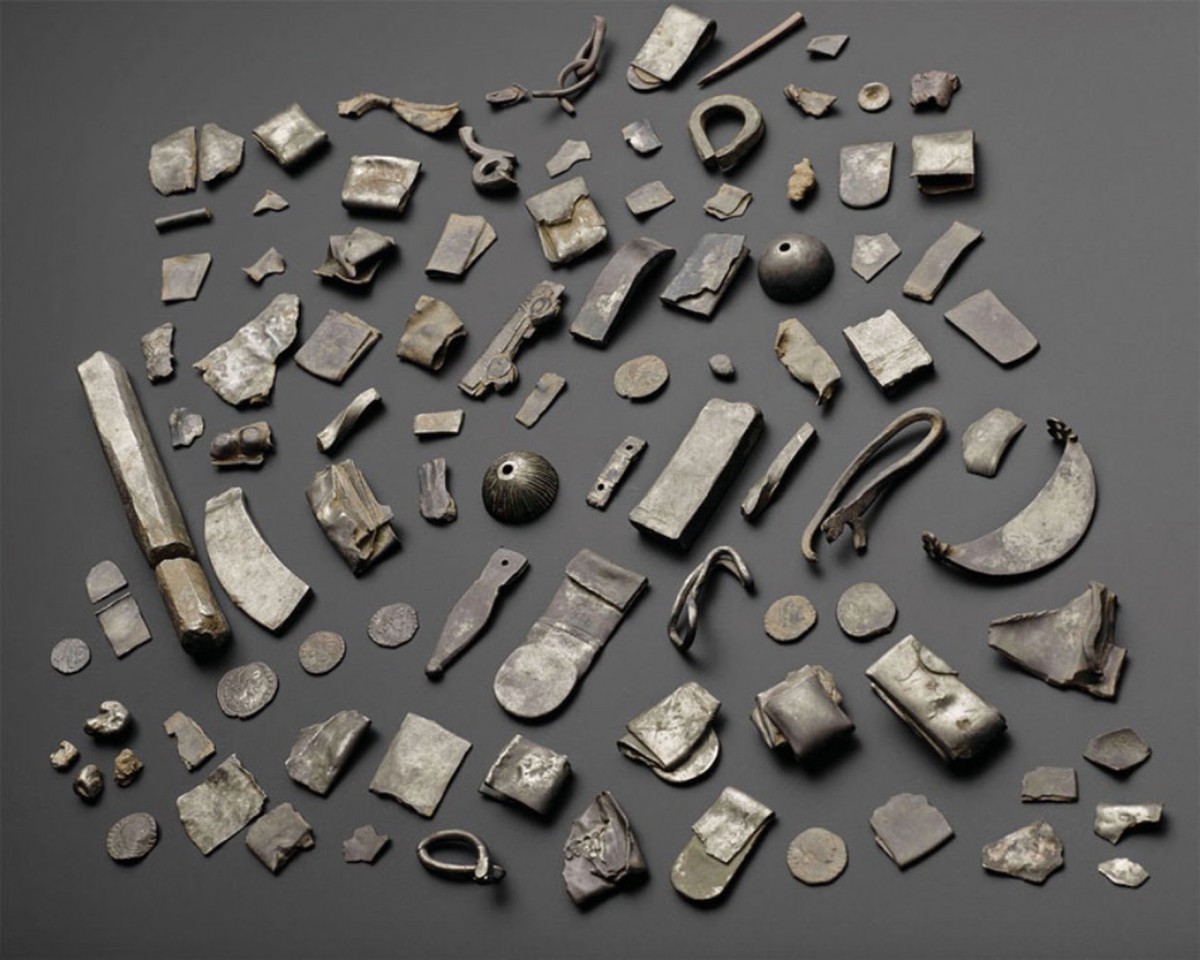 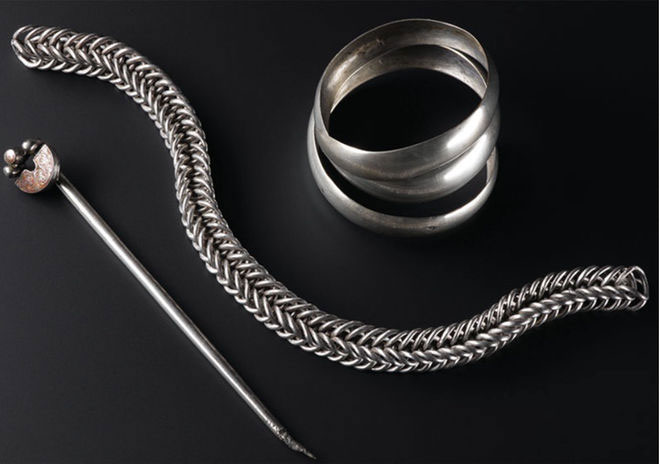 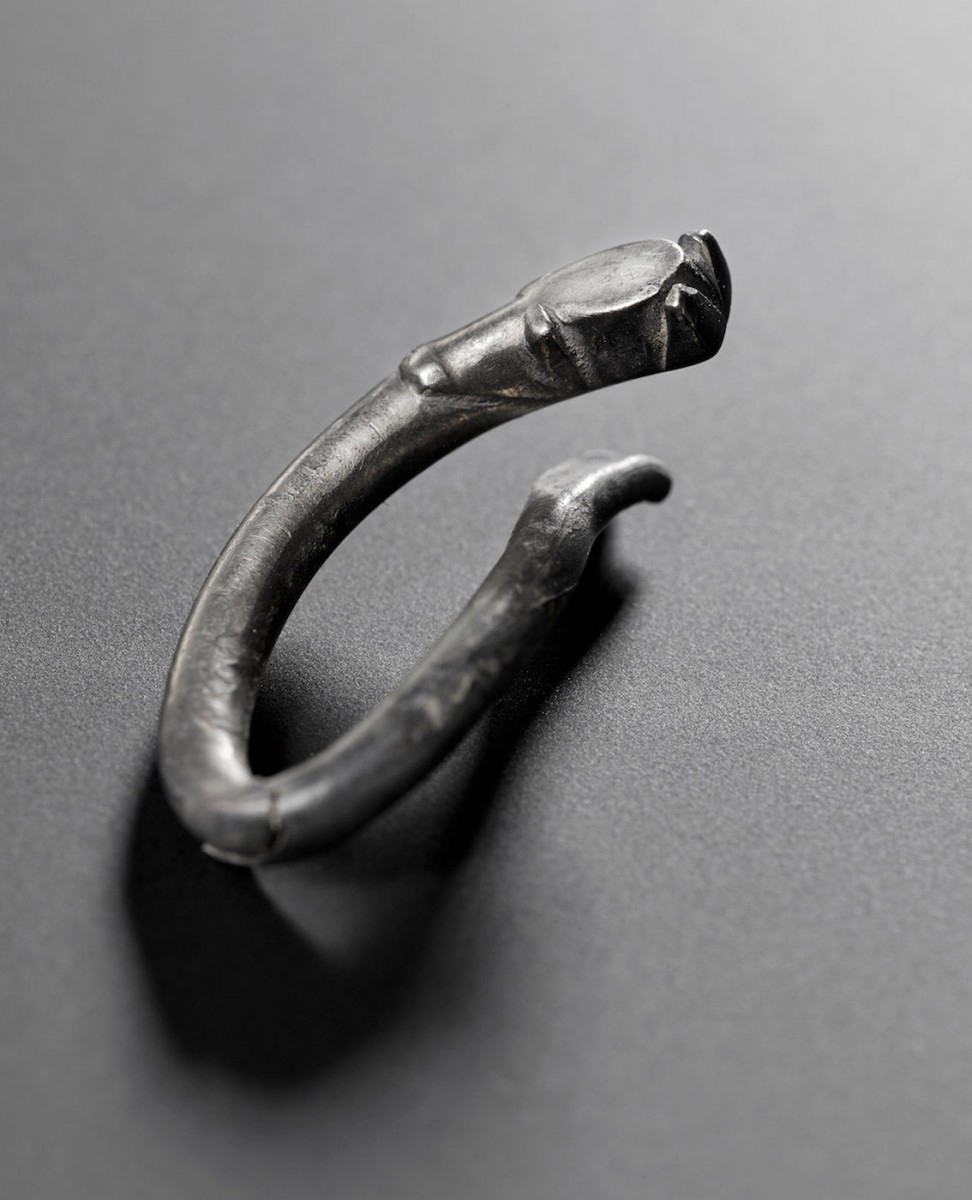 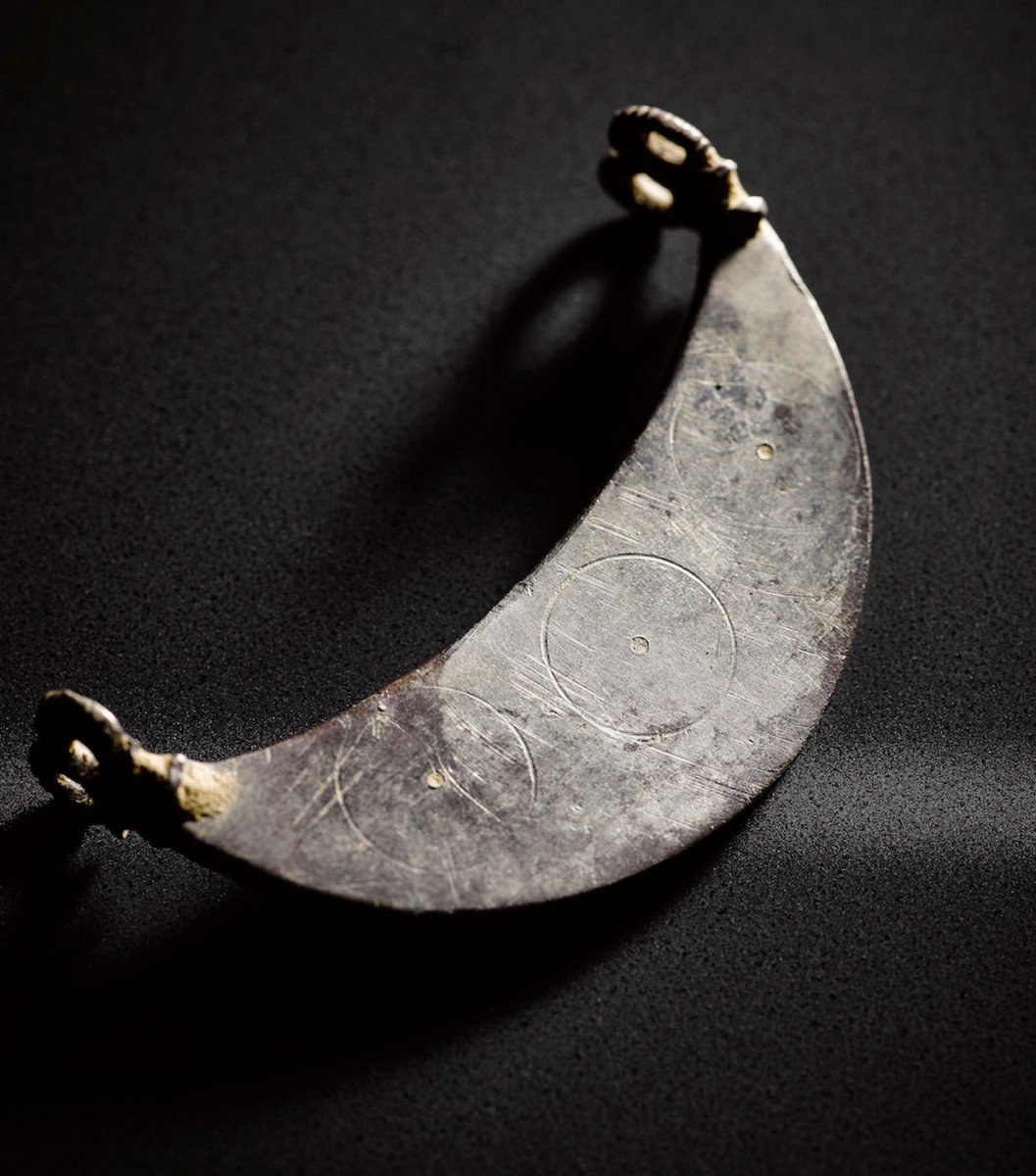 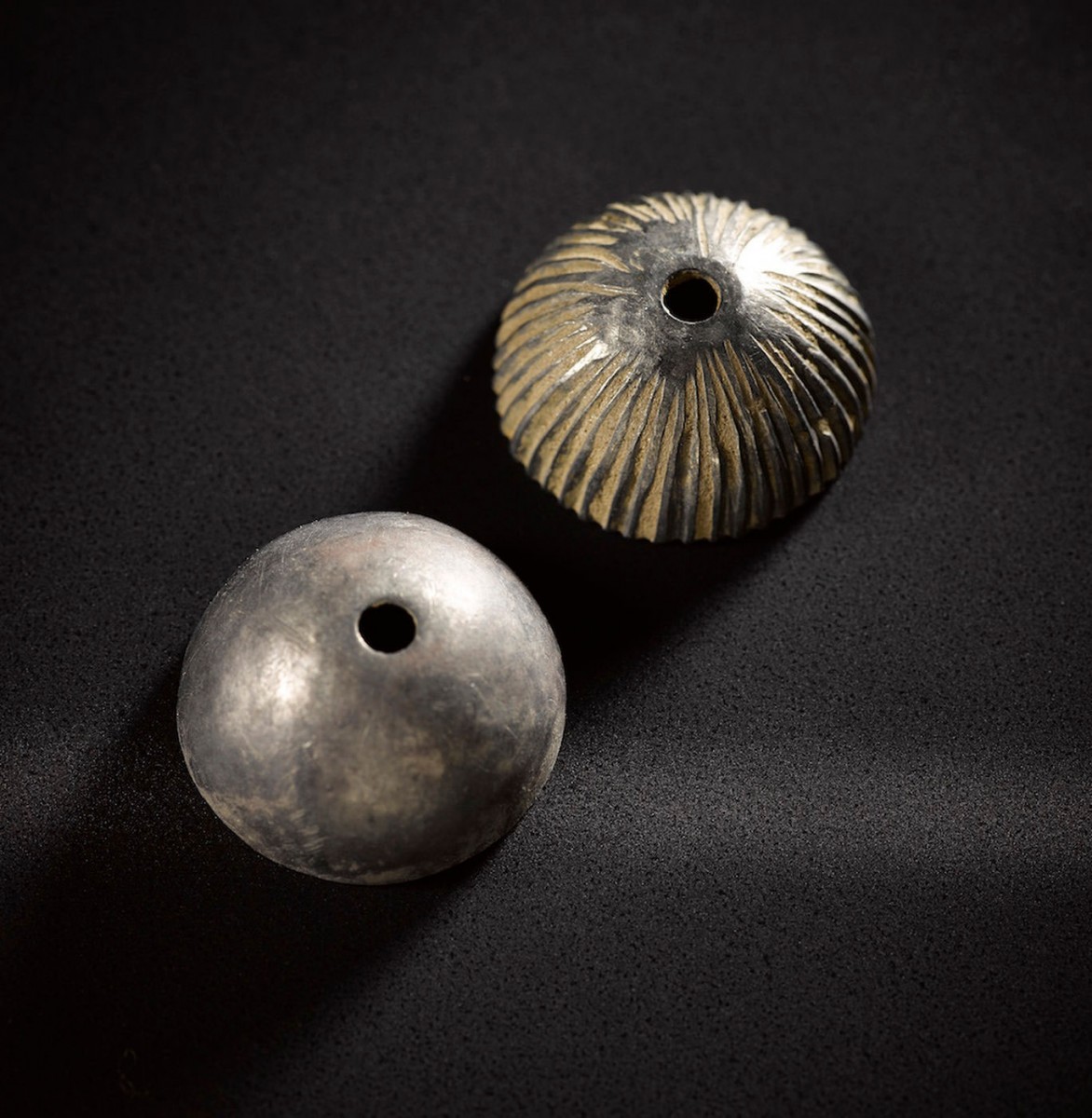 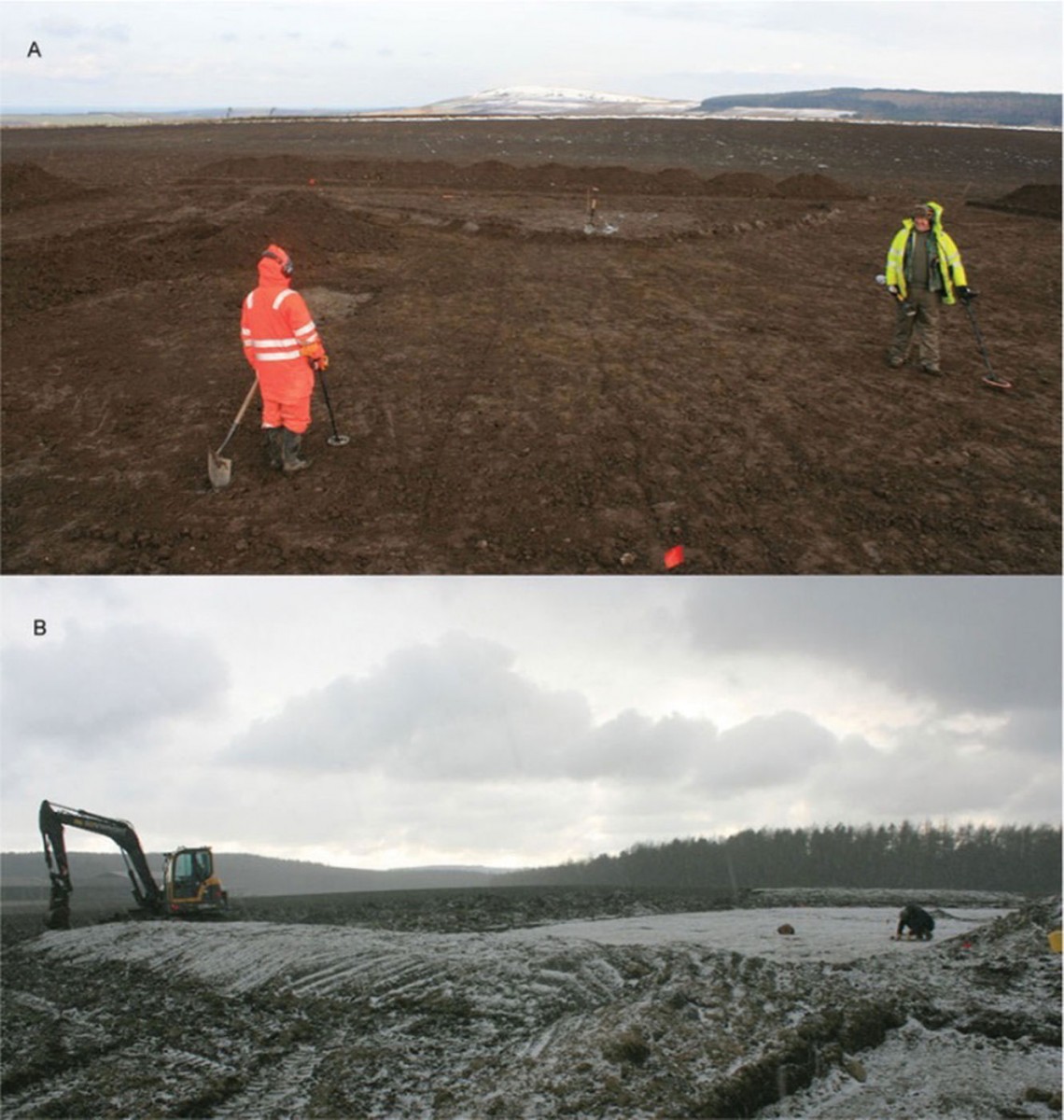 A hundred items were retrieved

Archaeologists discovered a hoard of 100 silver items in a Scottish rocky field, all dating to late Roman times, called the Gaulcross hoard. Originally, three silver artefacts had been found at the site, about 170 years ago. In particular, in 1838, workers who were clearing the rocky field with dynamite found a hand pin, a chain and a spiral bangle. However, the field was turned into farmland and archaeologists were not able to conduct further surveys.

In the same field, there were two man-made stone circles, one from the Neolithic and one from the Bronze Age. The three silver pieces were given to Banff Museum in Aberdeenshire and are exhibited at the National Museum of Scotland in Edinburgh.

In 2013, archaeologists investigating the site, trying to find out more about the context of the three original artefacts, with use of metal detectors discovered three silver coins, a part of a silver bracelet and several pieces of cut or bent silver.

Over the following 18 months they continued digging and found the 100 pieces. The items help shed light on the dating of the Gaulcross hoard, placing it to the 5th or 6th century AD. Among the artefacts archaeologists found dish fragments, spoon handles, a belt fitting and a pendant with double loops.

Silver during the Roman period was from the Roman world rather than extracted locally. Late Roman silver having been recycled and recast, the items would probably belong to members of the elite or high-status individuals, powerful members of the post-Roman society. Local peoples probably got the silver through looting or trade and some of the items might have served as currency.

“It’s a real melting pot of different objects and different cultural origins,” said Gordon Noble, head of archaeology at the University of Aberdeen in Scotland. “It’s a really fascinating hoard.”

The study was published in the June issue of the journal Antiquity.