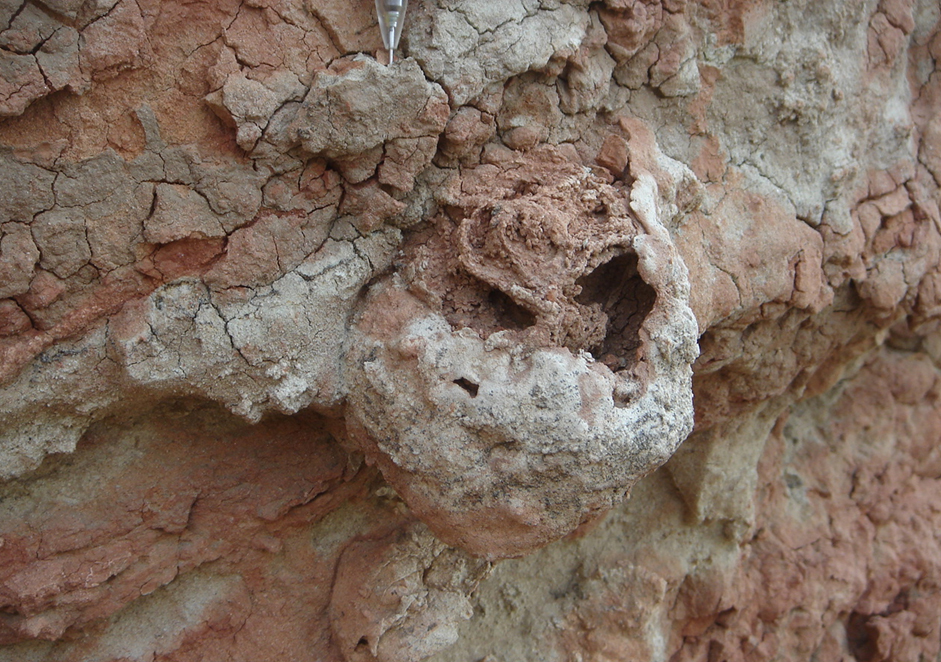 An international team of researchers has discovered the oldest fossil evidence of agriculture, not by humans, but by insects.Researchers discovered the oldest known example of fungus gardens within fossil termite nests from the Great Rift Valley of Africa in 25 million year old sediments. The team was led by James Cook University’s Associate Professor Eric Roberts.

Associate Professor Roberts said that scientists had previously used DNA from modern termites to estimate the origin of termite “fungus farming” behavior back to at least 25 to 30 million years ago.

This has now been confirmed using the new trace fossil evidence from Tanzania, allowing researchers to more accurately characterise the timing and evolution of this behaviour, something thought to have significantly modified the environment and landscape.

Patrick O’Connor, professor of anatomy at Ohio University, added “This type of study emphasizes the need for integrating perspectives from the fossil record with modern approaches in comparative biology—it is a holistic approach to evolutionary biology and significantly informs our understanding of environmental change in deep time.”

Study co-author Associate Professor Duur Aanen from Wageningen University said that the transition to agriculture dramatically increased the range of possible habitats for both the fungus-growing termites and their domesticated fungi, very much like humans and their domesticated crops and livestock, tens of millions of years later.

While the cradle of termite agriculture presumably was in an African rainforest, the transition to fungiculture helped the termites to disperse to less favorable dry savannas and also out-of-Africa migrations into Asia.

Assoc. Prof. Roberts added, “The phenomenon might have been triggered by the initial development of the Great Rift Valley in this part of eastern Africa, and the dramatic transformation of the landscape around this time.”

“This discovery pushes back the beginning of the termite-fungus symbiotic relationship to at least 31 million years ago,” said Paul Filmer, program director in the National Science Foundation (NSF)’s Directorate for Geosciences, which funded the research.

“Since some 90 percent of the wood in the dry environment studied is digested by termites, understanding the development of this symbiotic relationship is important to our knowledge of the history of carbon cycling in these forests,” he said.

The research is part of an ongoing study focused on the evolution of a poorly known portion of the Great Rift Valley known as the Rukwa Rift, which has produced an array of unexpected geologic and palaeontologic discoveries in the past few years.