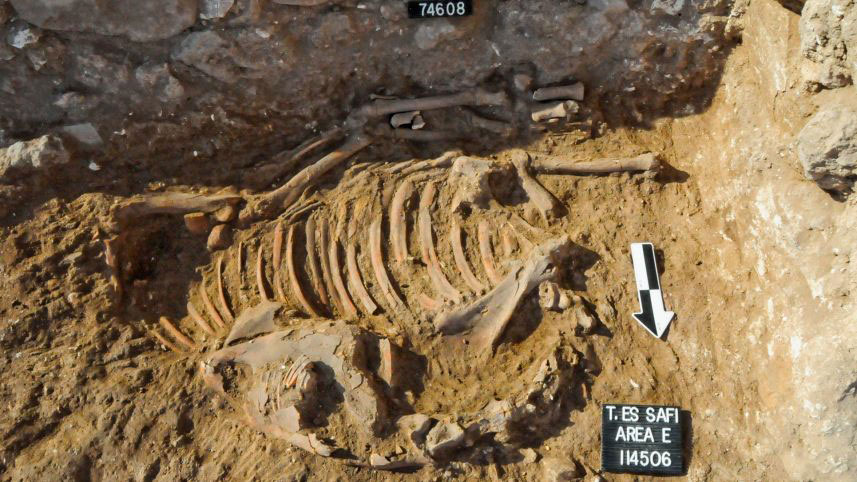 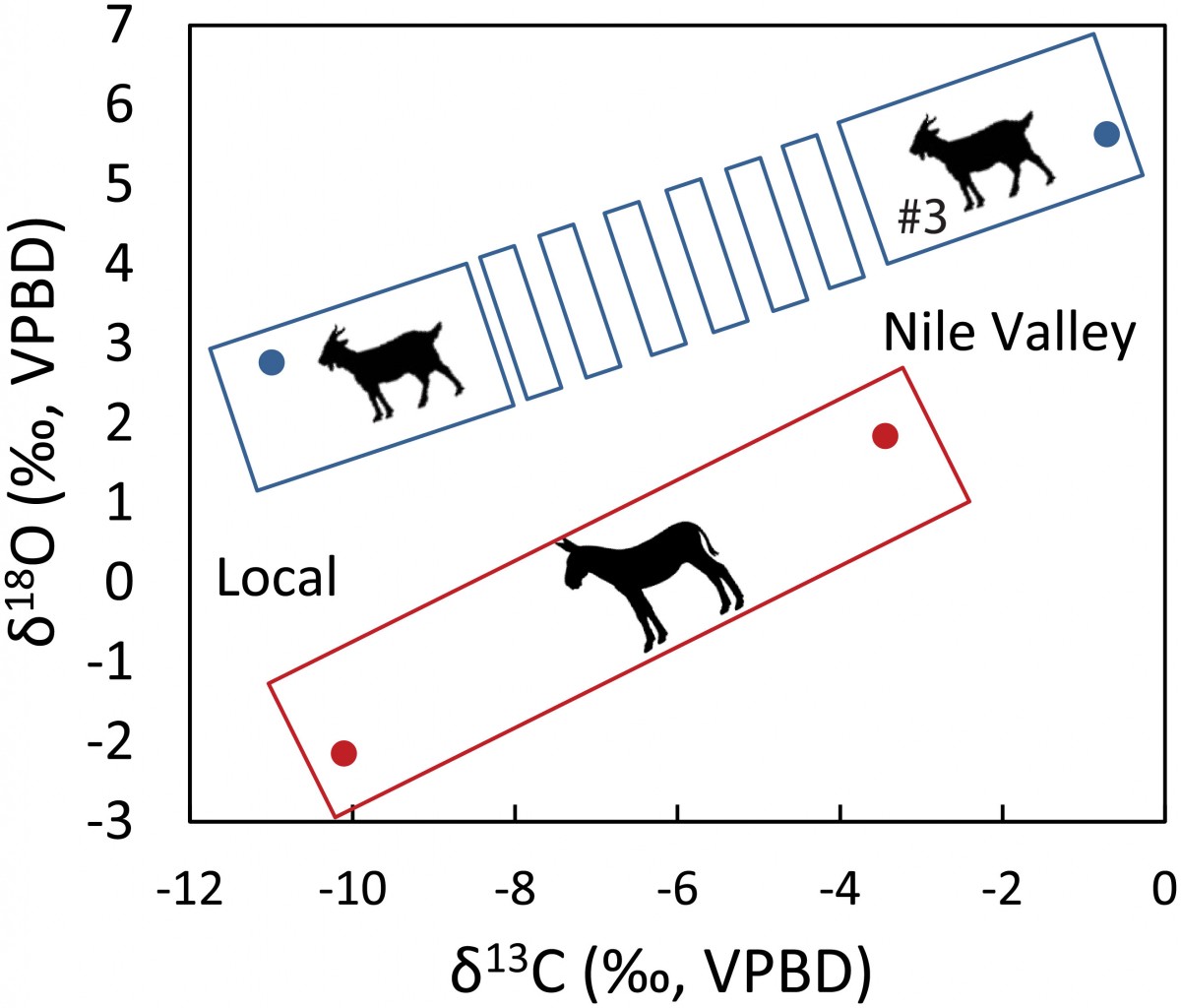 Archaeologists at Gath have uncovered remains of sacrificed animals coming from Egypt, establishing animal trade connections between the Old Kingdom and ancient Canaanites about 5,000 years ago. In the Early Bronze Age layers at the archaeological site of Tell el-Safi, Gath, archaeologists found the remains of a donkey, as well as some sheep and goats, which were all born and bred in the Nile valley as isotopic analyses showed. This is the first evidence that animals were traded between Canaan and Egypt that early, since until now there was only evidence of animals leaving Canaan for Egypt, and not the other way, in the Middle Bronze Age.

Animal sacrifices were a common practice in ancient Canaan, and one of the animals sacrificed was a complete donkey, found beneath the foundations of a building. After it was killed, its head was tied to the body, and was then placed in a pit. According to Aren Maeir, head of the excavations in Gath, the donkey was an animal often sacrificed in building foundations, as other Early Bronze Age sites in Israel and various other nearby sources indicate.

Donkeys were very important in the area, having a significant social and symbolic role in the ancient Near East, as well as being used to pull caravans. Camels first appeared in the Middle East from Asia in the middle of the Iron Age. Archaeologists have found several donkey burials and donkey related objects in Gath. A donkey was a status symbol, a symbol of religious significance, and it was included in many religious texts from Egypt, where a donkey is one of the symbols of the god Seth, to the Old Testament.

Excavations at Gath will continue this summer, focusing on the lower city and the area of the gate discovered last year.