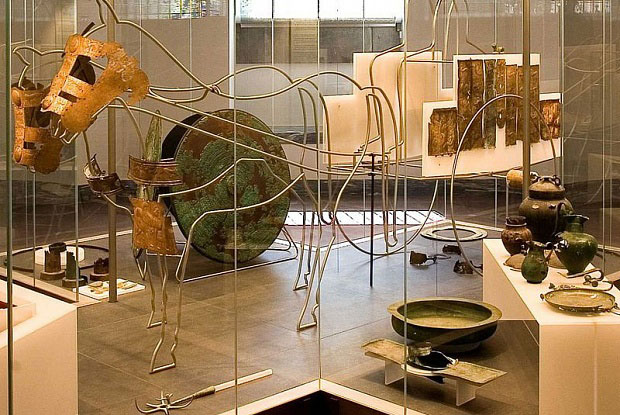 Looted artefacts to be returned to Italy from Denmark

Several artefacts from the tomb of an Etruscan prince, among other archaeologies, will be returned to Italy from the Ny Carlsberg Glyptotek in Copenhagen. The Danish museum, has agreed to return the illegally excavated artefacts to Italy after negotiations that lasted about 4 years. The artefacts will be returned between December and the end of 2017.

A bronze chariot from the 8th century BC, shield, weapons, incense burners and tableware are believed to have come from the Sabine necropolis at Colle del Forno near Fara, in Sabina, north of Rome. The Museo Civico Archeologico di Fara in Sabina already has material from the tomb, along with an extraordinarily large structure, on display, so perhaps the artefacts will be sent there.

The approximately 500 artefacts were acquired by the Danish museum in the 1970s, through an art dealer, Robert Hecht, who at the time was regarded as a respectable individual. Hecht died in 2012, weeks after the case against him by Italian authorities ended, after the statute of limitations expired.

Flemming Friborg, director of the Glyptotek, said that the long dialogue regarding the future of the artefacts has ended in a ‘powerful and visionary agreement. The Italian ministry of culture has agreed in return to the restitution of the looted antiquities to lend significant artefacts to the Danish museum on continuous rotation. Italian institutions will also work closely with the Glyptotek on researh and exhibitions.

Dario Franceschini, the Italian Minister for Culture said that the agreement turned a crisis into an opportunity, helping the two parties to overcome a controversy by means of close collaboration.