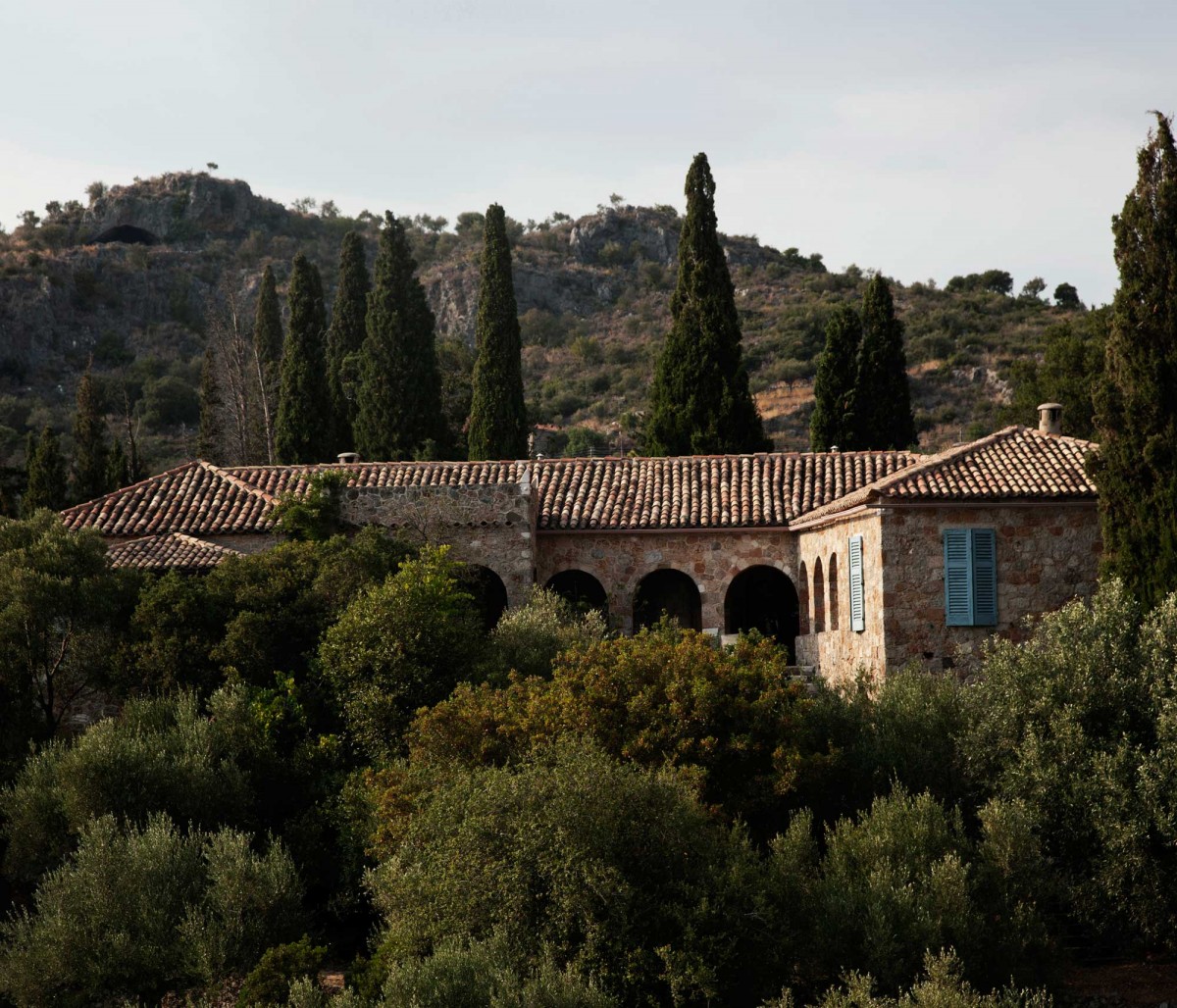 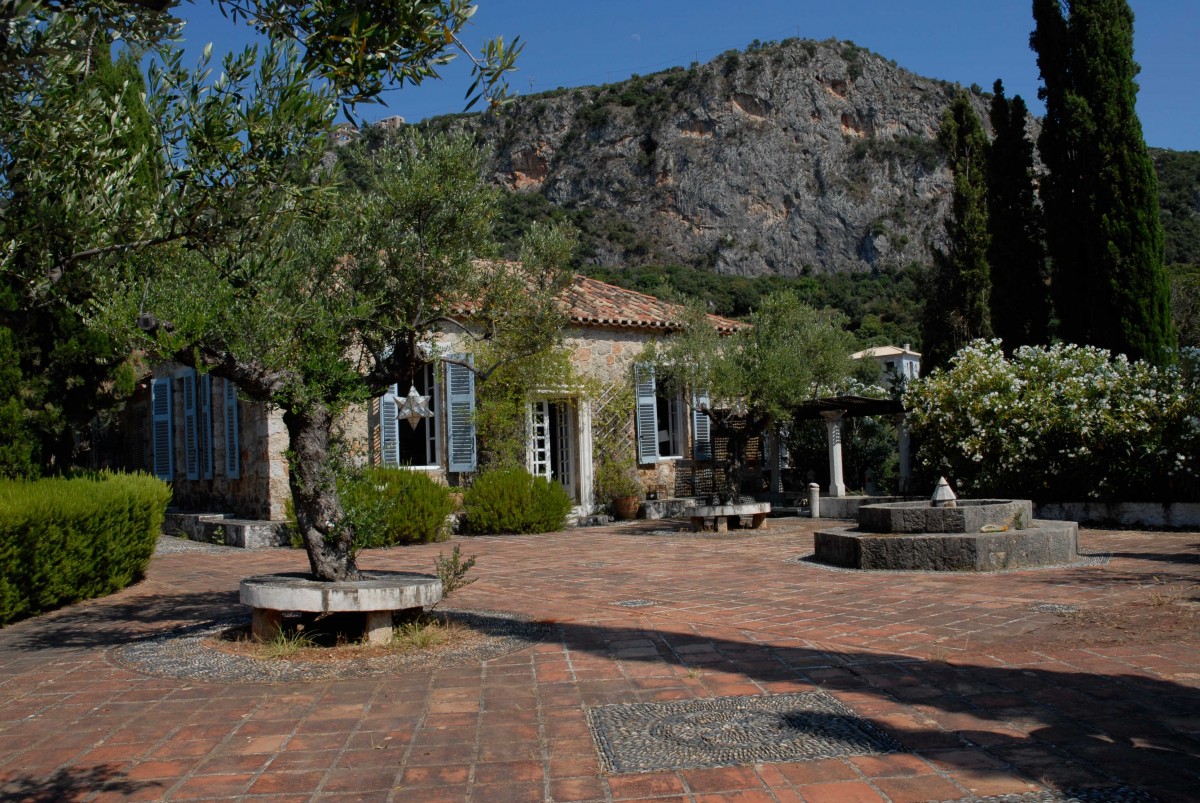 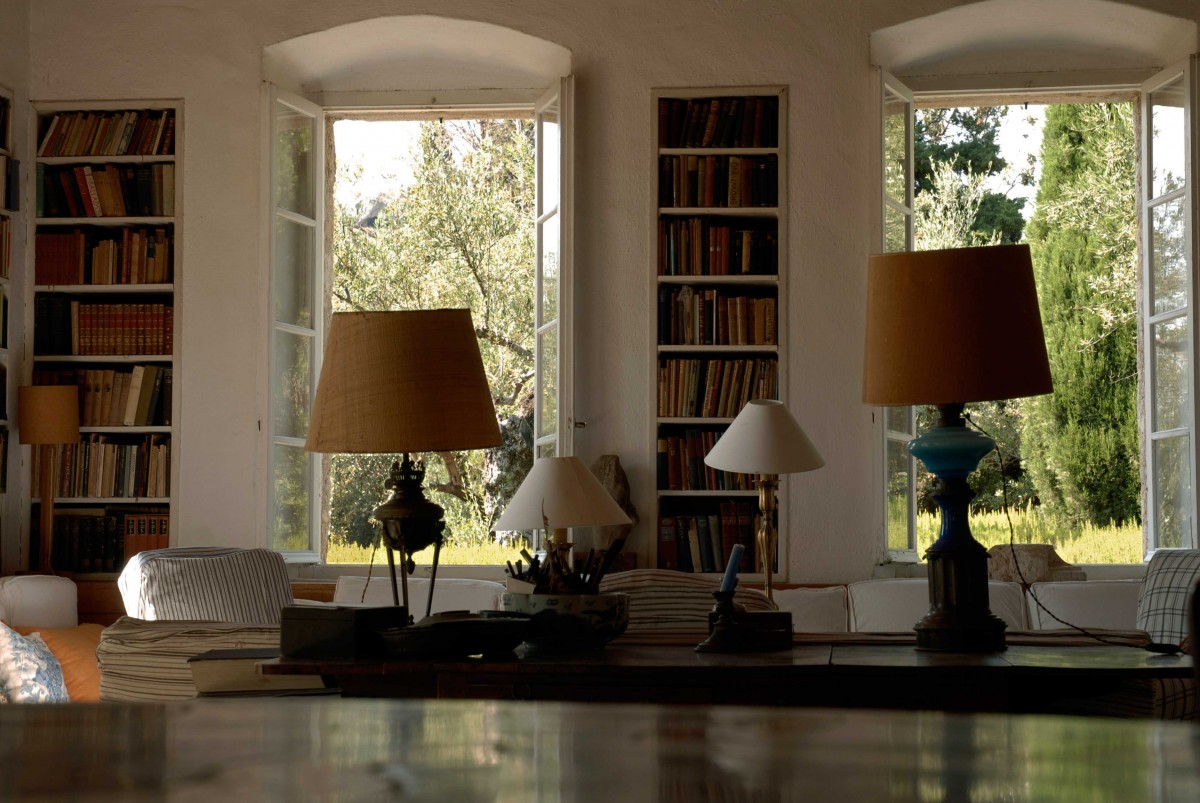 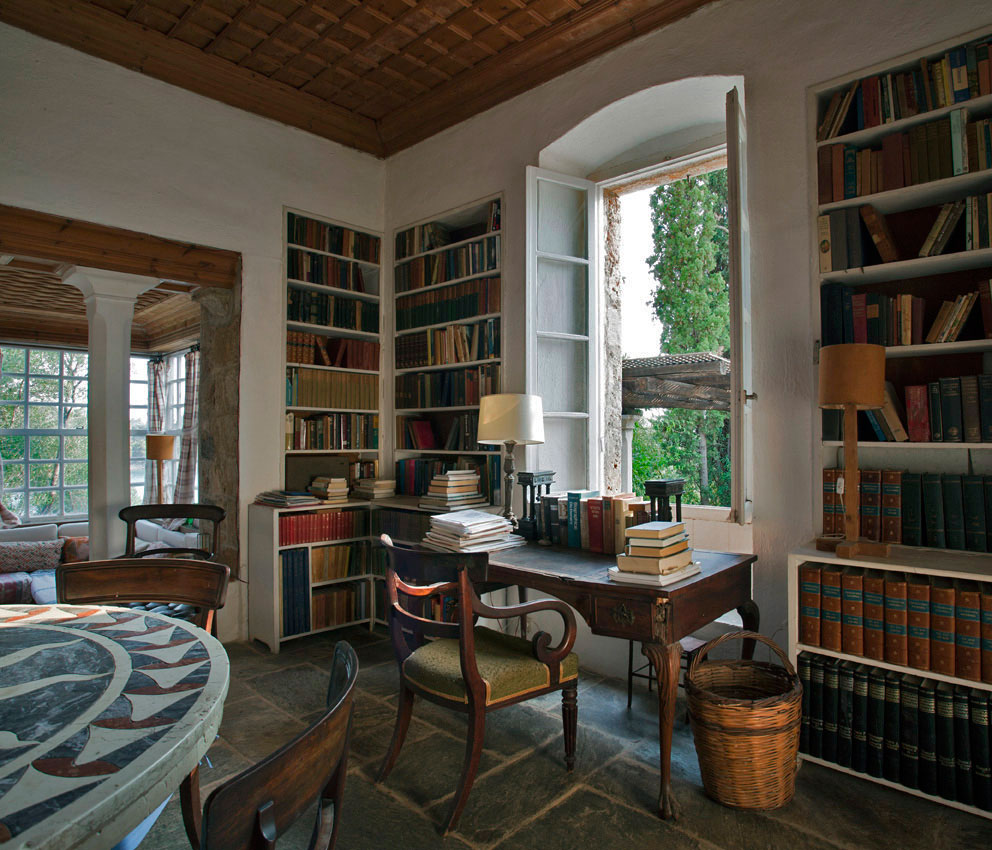 Restoration and creation of an exceptional centre

The Stavros Niarchos Foundation has approved a grant to the Benaki Museum to fully cover the repair and restoration works as well as the cost of the necessary equipment for the Patrick and Joan Leigh Fermor House in Kardamyli. This unique property will soon start operating as a centre for hosting notable figures from the intellectual and artistic worlds as well as a centre for educational activities in collaboration with Institutions in Greece and abroad.

The donation of Patrick and Joan Leigh Fermor

For many years Patrick and his wife Joan Leigh Fermor lived in Kardamyli in Messenian Mani, in the house which was designed by the architect Nikos Hadjimichalis in close collaboration with the Leigh Fermors.

In 1996, Patrick and Joan Leigh Fermor bequeathed their home in Kardamyli to the Benaki Museum, while still in life, with the intention that ownership of the house would be transferred to the Museum after their deaths. The option of donating the property to the Benaki Museum was suggested by their close friend Tzannis Tzannetakis. The bequest was accepted unreservedly by the Benaki Museum, particularly given Leigh Fermor’s close relationship with the Museum’s founder Antonis Benakis and his daughter Irini Kalliga.

According to the donation contract, the property must be used to foster the success of the Benaki Museum’s work, based on the decisions of its Board of Trustees. In addition, it may be used to host researchers seeking a quiet and welcoming place to work, while there is also provision for the option of renting the property for three months every year in order to secure its operating costs. Taking into consideration the donor’s personality and standing, the Museum added certain categories of guests such as writers, poets, artists and so on.

The Museum acquired full ownership of the property in the autumn of 2011. After receiving the gift, a study on its future use was initiated, and in parallel, a preliminary study on the repair and restoration of the property’s buildings was undertaken in collaboration with architects Andreas Kourkoulas and Maria Kokkinou and a budget was also drafted for the project. The Stavros Niarchos Foundation, in response to the Museum’s initial request for funding for the repairs and the acquisition of the necessary equipment for the operation of the house, commissioned—and funded—a feasibility study, which was conducted by AEA Consulting, a firm specializing in the organization and management of cultural institutions. This study, which was based on the Benaki Museum’s proposal for the future operation of the house, led to a number of changes, mainly in regard to the financial planning respecting the sustainability of the project.

The Stavros Niarchos Foundation announced the approval of the Benaki Museum’s request to fully cover the repair works and the restoration of the Patrick and Joan Leigh Fermor House as well as its equipment, so that it can start operating as soon as possible. The Benaki Museum’s Board of Trustees would like to once again thank the Stavros Niarchos Foundation for its continued and very generous support, and the inclusion of this project in its arts and culture grants. The unique location of the Leigh Fermor House, its distinctive architectural form and the luminance bestowed upon it by the author himself, in conjunction with the Benaki Museum’s supervision and the support of the Stavros Niarchos Foundation, guarantee the creation of an exceptional centre which will gain a high place among the many similar centers in Europe and the United States.

The property is located in the Kalamitsi area on the outskirts of Kardamyli, in Messenia, and has a total area of about nine stremmata, a little over two acres. It is, by general consensus, one of the most beautiful properties in Greece. Its direct contact with the sea—narrow stone steps lead to a small pebble beach just below the estate—the low, discreet, stone buildings and the Mediterranean garden that goes down to the water, comprise an ideal environment for focus and the creative process. In short, a sojourn in this place is a great gift that Greece can offer to notable figures from the intellectual and artistic worlds.

-hosting of young writers and scholars for work and research purposes,

-organisation of higher-educational activities in collaboration with Universities and Institutions in Greece and abroad,

-honorary hosting of notable representatives from the fields of literature, the arts and other fields,

-organisation of educational and cultural events for the general public and residents of Kardamyli,

-scheduled tours of the property, focusing on the donors, the history of the house and its use by the Benaki Museum,

-short term honorary hosting of benefactors and major supporters of the Benaki Museum. The unique location of the Patrick Leigh Fermor House, its distinctive architectural form and the luminance bestowed upon it by the author himself, in conjunction with the Benaki Museum’s supervision and the support of the Stavros Niarchos Foundation, guarantee the creation of an exceptional centre which will gain a high place among the many similar centres in Europe and the United States.

As per a decision by the Museum’s Board of Trustees an international committee is to be set up, which will form and advise on the operation program of the Centre. The advisory committee will be unpaid, it will monitor the project underway and it will make recommendations regarding the selection of guests. The Benaki Museum’s legal, financial and other services (including departments such as Educational Programs, Sponsorship and European Programs, Public Relations and Communication, and Conservation among others) will support and assist the project taking place at the Leigh Fermor House.

The Benaki Museum is aiming for the creation of an endowment based on third-party donations, which will be able to cover operating expenditure of the Centre and allow the proposed educational activities to evolve and grow.