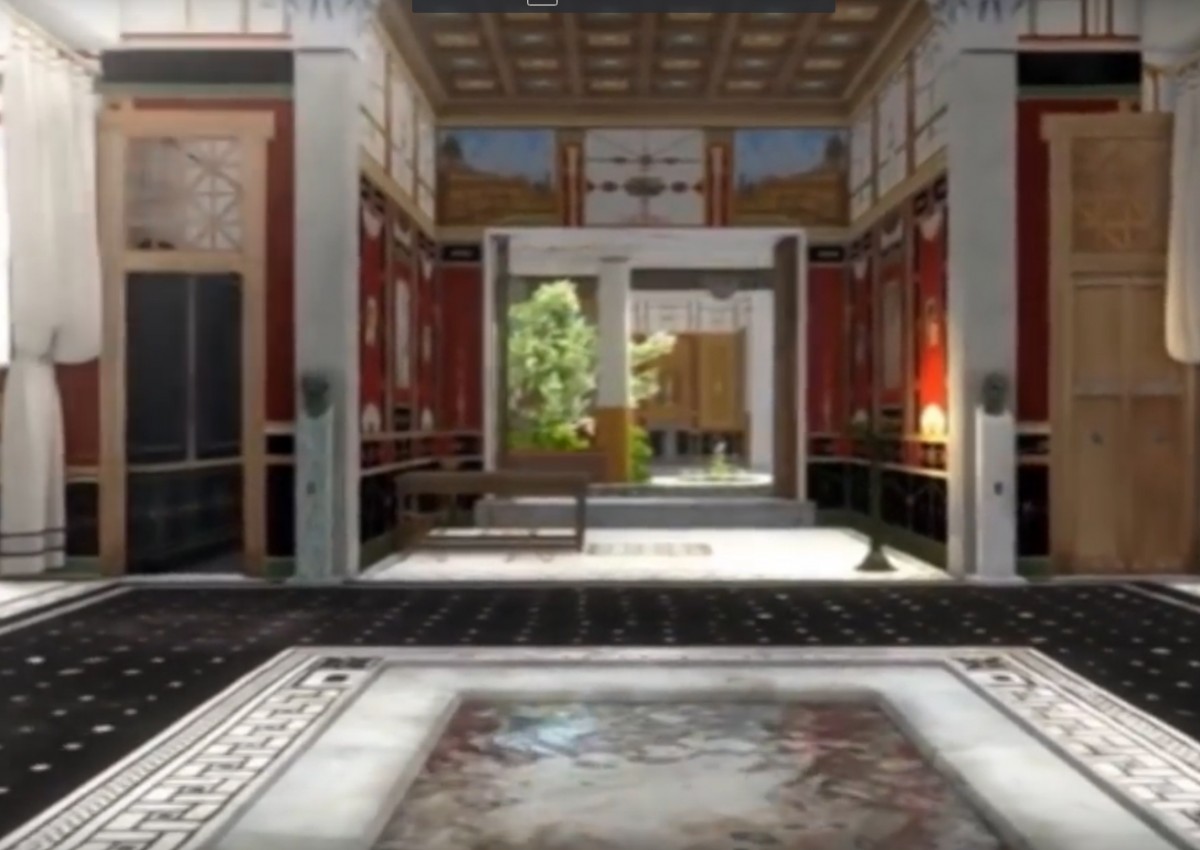 By combining traditional archaeology with 3D technology, researchers at Lund University in Sweden have managed to reconstruct a house in Pompeii to its original state before the volcano eruption of Mount Vesuvius thousands of years ago. Unique video material has now been produced, showing their creation of a 3D model of an entire block of houses.

After the catastrophic earthquake in Italy in 1980, the Pompeii city curator invited the international research community to help document the ruin city, before the state of the finds from the volcano eruption in AD 79 would deteriorate even further. The Swedish Pompeii Project was therefore started at the Swedish Institute in Rome in 2000. The researcher in charge of the rescue operation was Anne-Marie Leander Touati, at the time director of the institute in Rome, now Professor of Classical Archaeology and Ancient History at Lund University.

Since 2010, the research has been managed by the Department of Archaeology and Ancient History in Lund. The project now also includes a new branch of advanced digital archaeology, with 3D models demonstrating the completed photo documentation. The city district was scanned during the field work in 2011–2012 and the first 3D models of the ruin city have now been completed. The models show what life was like for the people of Pompeii before the volcano eruption of Mount Vesuvius. The researchers have even managed to complete a detailed reconstruction of a large house, belonging to the wealthy man Caecilius Iucundus.

“By combining new technology with more traditional methods, we can describe Pompeii in greater detail and more accurately than was previously possible”, says Nicoló Dell’Unto, digital archaeologist at Lund University.

Among other things, the researchers have uncovered floor surfaces from AD 79, performed detailed studies of the building development through history, cleaned and documented three large wealthy estates, a tavern, a laundry, a bakery and several gardens. In one garden, they discovered that some of the taps to a stunning fountain were on at the time of eruption – the water was still gushing when the rain of ash and pumice fell over Pompeii.

Walk around in a 3D splendid house from the ancient Pompeii

The researchers occasionally also found completely untouched layers. In a shop were three, amazingly enough, intact windows (made out of translucent crystalline gypsum) from Ancient Rome, stacked against each other. By studying the water and sewer systems they were able to interpret the social hierarchies at the time, and see how retailers and restaurants were dependent on large wealthy families for water, and how the conditions improved towards the end, before the eruption.

An aqueduct was built in Pompeii, enabling residents to no longer having to rely on a few deep wells or the tanks of collected rainwater in large wealthy households.

The work behind the 3D film and a discussion on the credibility of the reconstructions are presented in an article, published in SCIRES Italy.

Istituto di Scienza e Tecnologie dell’Informazione and the Humanities Lab at Lund University have contributed to the development of the material and 3D work.