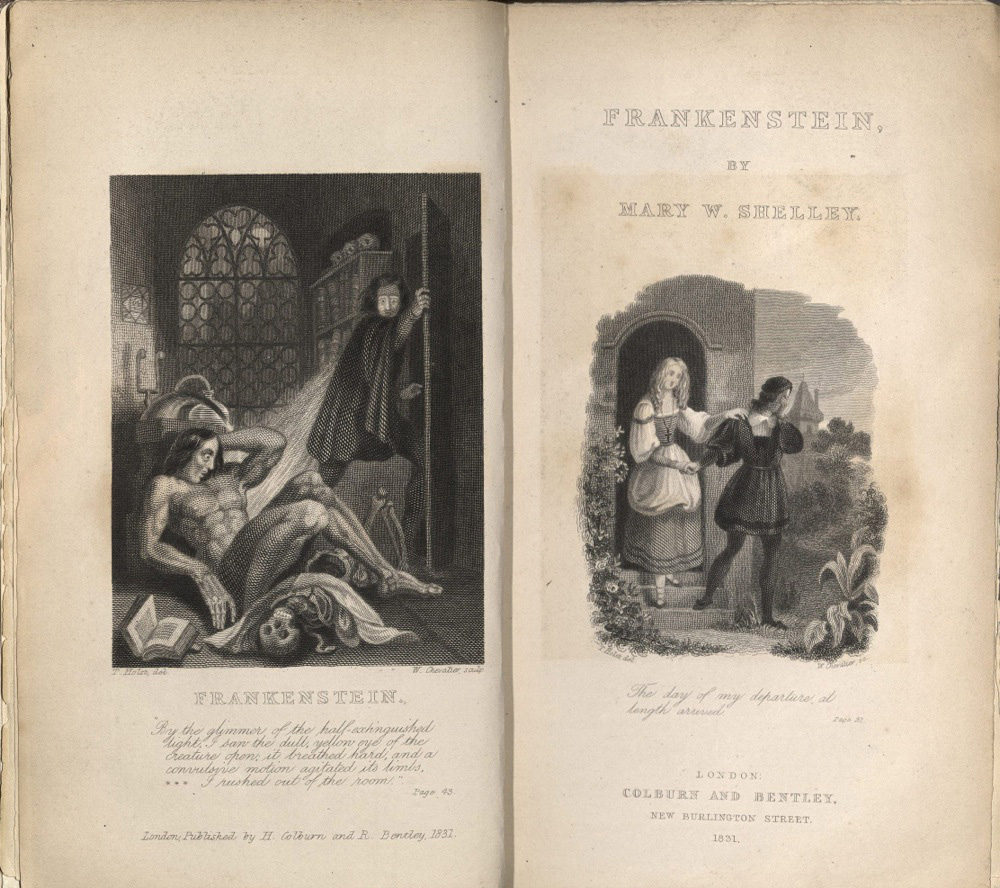 Study Sheds New Light on an Old Tale of Horror

A study co-authored by Dartmouth’s Nathaniel Dominy casts a new light on the story of Frankenstein’s monster, who lives on in the public imagination in stories, in movies, and of course, on Halloween.

Mary Shelley’s gothic novel is rooted in a fundamental principle of biology, and its horror lies in the specter of the extinction of the human race, say Dominy, a professor of anthropology, and his coauthor, Justin Yeakel.

Frankenstein, as the creature is widely known, is actually the nameless creation of the scientist Victor Frankenstein in Shelley’s 1818 novel, Frankenstein. In their study, published today in BioScience, Dominy Yeakel point to a pivotal scene in the book in which the creature asks Frankenstein for a female companion to mitigate his loneliness.

The creature distinguishes his dietary needs from those of humans and expresses a willingness to inhabit the “wilds of South America,” suggesting distinct ecological requirements. Frankenstein concedes to the request, given that humans would have few interactions with a pair of isolated creatures. However, he then reverses his decision after considering the creatures’ reproductive potential and the probability of human extinction, a concept termed competitive exclusion. In essence, Frankenstein was saving humankind.

“The principle of competitive exclusion was not formally defined until the 1930s,” says Dominy. “Given Shelley’s early command of this foundational concept, we used computational tools developed by ecologists to explore if, and how quickly, an expanding population of creatures would drive humans to extinction.”

The authors developed a mathematical model based on human population densities in 1816, finding that the competitive advantages of creatures varied under different circumstances. The worst-case scenario for humans was a growing population of creatures in South America, as it was a region with fewer humans and therefore less competition for resources.

“We calculated that a founding population of two creatures could drive us to extinction in as little as 4,000 years,” says Dominy. Although the study is merely a thought experiment, it casts new light on the underlying horror of the novel: the extinction of the human race. It also has real-word implications for how we understand the biology of invasive species.

“To date, most scholars have focused on Mary Shelley’s knowledge of then-prevailing views on alchemy, physiology, and resurrection; however, the genius of Mary Shelley lies in how she combined and repackaged existing scientific debates to invent the genre of science fiction,” says Justin D. Yeakel, an Omidyar fellow at the Santa Fe Institute and an assistant professor in the School of Natural Sciences at the University of California, Merced.

“Our study adds to Mary Shelley’s legacy, by showing that her science fiction accurately anticipated fundamental concepts in ecology and evolution by many decades,” he says.