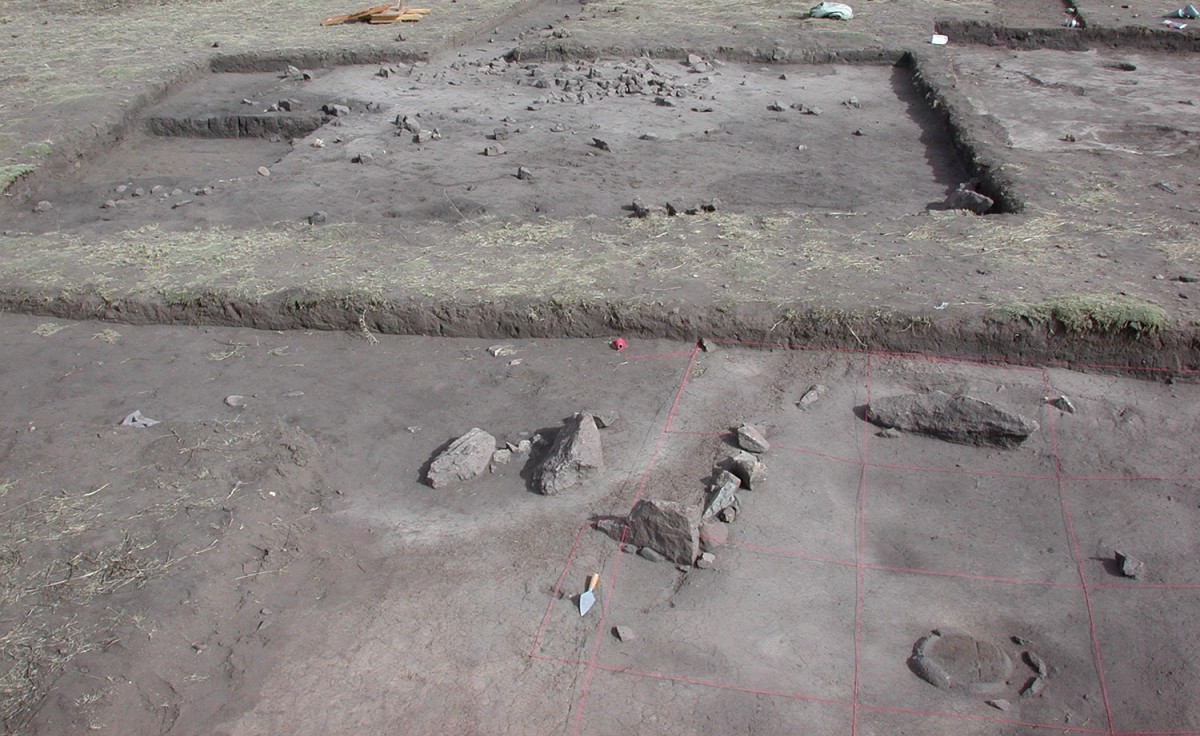 Every French fry, gnocchi, tater tot and order of hash browns humans have eaten in the past 5,000 years can be traced back to one place in the world — northwestern Bolivia and southern Peru.

A paper by UC Merced Professor Mark Aldenderfer and Assistant Project Scientist Claudia Rumold — recently published in the Proceedings of the National Academy of Science and featured in the New York Times— shows the researchers found the earliest direct evidence for potato consumption in that region between 3,400 and 2,200 years BC.

They studied evidence from a site called Jiskairumoko (or Jisk’a Iru Muqu) , in the Western Titicaca Basin in the Andes mountains of Peru.

“Based on various types of botanical data, we know that the Western Titicaca Basin falls within the broader area in which the potato was domesticated and botanical,” Rumold said. “Consequently, it is possible that Jiskairumoko or the broader study area can provide us with evidence for its domestication.”

Archaeologist Aldenderfer, with the School of Social Sciences, Humanities and Arts, directed the regional surveys that found the site, and the subsequent excavations.

“We knew the site was unique and had the potential to have data relevant to the study of the early peoples of the region,” he said. “The surface was littered with artifacts, and plowing by villagers brought rich, black soil to the surface — a sure sign of the presence of ancient trash dumps,” he said.

Finding evidence of corn, wheat or other seed crops is easier than discovering the remains of root vegetables, paleoethnobotanist Rumold said, because seed crops typically leave bits and pieces even if they have been burned. A potato dropped into a fire will usually burn completely, though.

Because the wild ancestor of the domesticated potato is toxic, people had to find ways of reducing or eliminating the toxins; grinding them may be one way to do that. Manipulating crops to breed out toxins is another.

Every scrap of evidence, including potato remains, helps researchers get a more sophisticated picture of the history of our ancestors.

“Archaeology makes a context for these kinds of studies to be conducted,” Aldenderfer said. “The point of studying this site was to explore the process of hunter-gatherers becoming sedentary, agrarian people who cultivated plants and animals. By the time this site was abandoned in 1300 BC, the potato had been domesticated.”

The site, at about 12,000 feet elevation, has been returned to farmland by the local people, Aldenderfer said, as he and the Peruvian government could not secure protection for the historic area.

This work ties in with Aldenderfer’s other projects in the Himalayan mountains, looking at the ancient DNA and evolutionary adaptations of high-elevation people. Human remains found in both sets of mountains have helped shed light on aspects of population history that are difficult to infer from modern populations or archaeological material culture alone, he has said.

The points in time when populations began to use agriculture and herding were pivotal to the development of every civilization, Rumold said.

“Population explosions, environmental impacts — they can be linked back to the beginnings of agriculture,” she said. “It’s very satisfying to know this method of analysis worked, because it is based on input from many different disciplines and provides a much more nuanced picture of plant use through space and time.”