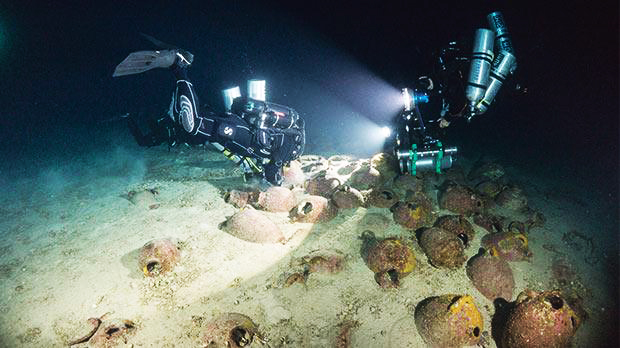 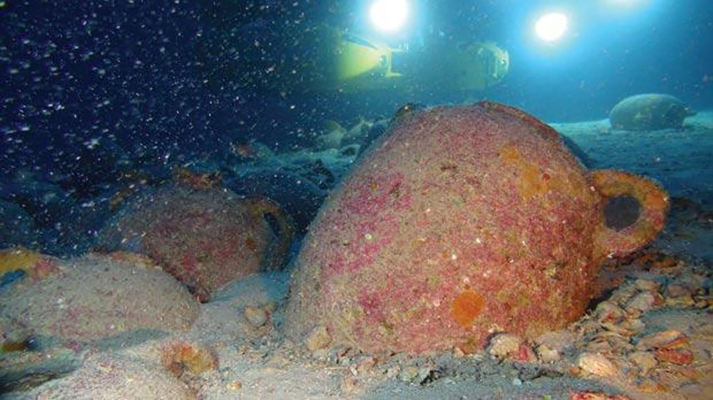 Returning to the shipwreck off the coast of Gozo island

Returning to the 2,700-year old Phoenician shipwreck off the coast of the Maltese island of Gozo, archaeologists retrieved amphorae and other objects of various origins, which imply that the Maltese islands were part of an international trade.

In July 2014, a Maltese team from the Department of Classics and Archaeology at the University of Malta – working in close collaboration with the Superintendence of Cultural Heritage – partnered up with the French National Centre for Research and the University of Aix-Marseilles in the ambit of the GROPLAN Project. Together they conducted a number of studies on what can be described as a fascinating ancient shipwreck. This site which is very well preserved dates to the Phoenician period (700BC) and may be considered as one of the oldest shipwrecks in the central Mediterranean. In the 2014 expedition the team worked to gather as much data and information as possible using state of the art technologies. Eight thousand images of the site were obtained and then processed into high resolution 3D images. The cargo consisting of mixed ceramic containers and grinding stones gave evidence of Phoenician maritime activity around the Maltese Islands.

Due to the bad weather and lacking funding and necessary equipment, the team had to interrupt the survey. However, University of Malta marine archaeologist Timmy Gambin and Kari Hyttinen tested out a manual way of completing the survey on two underwater airplane wrecks.

The try was successful, so this year, for the first time, archaeologists could dive 110 metres without the help of equipment off the coast of the Maltese island of Gozo. In order to get back to the surface, divers needed two hours and twenty minutes.

In 2014, Prof. Jean Christophe Sourisseau, from Aix-Marseille University, had spotted a Phoenician amphora among the remains. Meanwhile it has been found out that the jug is of Maltese origin, a fact that implies the ship had docked somewhere on the Maltese archipelago. Archaeologists also retrieved a pithos of unique shape, which also probably originated from Malta, as well as amphorae from North Africa and western Sicily.

“To date, we knew that the Phoenicians lived here, because they died here. And to date, our main archaeological sources came from graves,” Timmy Gambin said. “We now have a ship that was actually leaving the Maltese Islands before it sank off Gozo, because the island was one of its port calls. A shipwreck without any local items could mean that the ship just happened to sink close to Malta during its voyage.”

Retrieved amphora fragments will allow archaeologists to go through tests for organic remains and thus help them find out what the contents of the vessels were.